Revealed: ALEC’s 2014 Attacks on the Environment 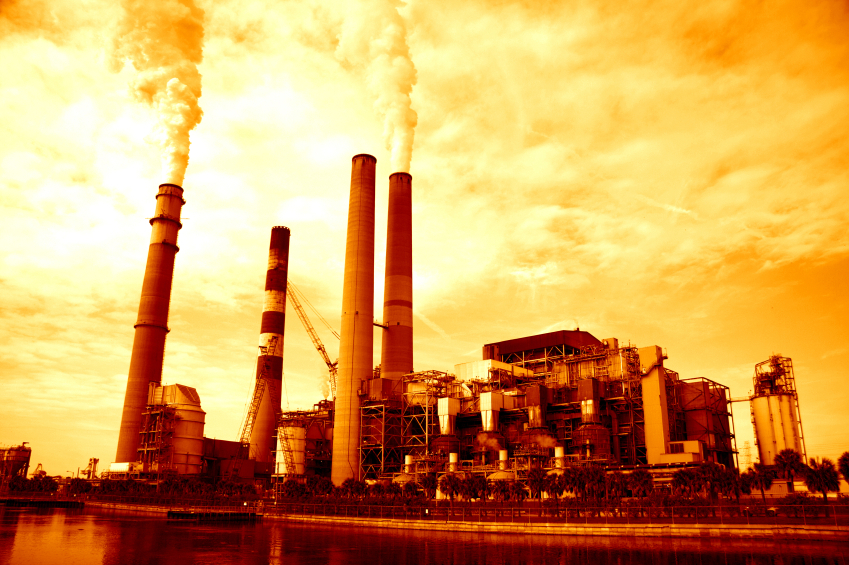 An internal tracking document-- obtained from the American Legislative Exchange Council (ALEC) by the Center for Media and Democracy under Texas public records law -- reveals the scope of ALEC's anti-environmental efforts in 2014.

The spreadsheet (dated from late March 2014 and made public by CMD today) reveals ALEC tracking a total of 131 bills that, amongst other things, roll back state renewable energy standards, increase costs for American households with solar, hype the Keystone XL pipeline, push back on proposed EPA coal regulations that protect human health, and create industry-friendly fracking rules despite growing national and international concerns about fracking.

ALEC's colorful spreadsheet provides insight into the lobbying agenda it pushed in the 2014 legislative sessions in states across the country.  For example, an entire section is devoted to the thirty-one items of legislation concerning state standards for renewable energy generation.

Here are the key pieces of legislation ALEC has been pushing to become binding law in states:

Eleven of the bills attempt to amend "net metering" laws, which allow homeowners with solar panels on their property to sell excess electricity back to the grid, typically at a price that creates an incentive for homeowners to invest in solar for their homes. This makes the cost of installing solar cost-effective for ordinary homeowners over a period of years and net metering is part of the reason the U.S. has seen a 60% increase in domestic solar installations in just the past year.

Speaking to Suzanne Goldenberg and Ed Pilkington of the Guardian in December, ALEC’s Energy, Environment and Agriculture task force Director John Eick described these small-time solar generators as "freeriders on the system." ALEC corporate lobbyists and legislators on its energy task force then voted behind closed doors on a model resolution in December, which calls on states to "require that everyone who uses the grid helps pay to maintain it and to keep it operating reliably at all times."

The boom in solar generation is increasingly becoming a threat to the high polluting industries, like the coal companies and oil processors that underwrite ALEC. Longtime ALEC funders includes behemoths like Peabody Energy, Koch Industries (controlled by the infamous Koch Brothers), ExxonMobil, BP, and other global multi-billion dollar corporations.

As reported by Evan Halper in the Los Angeles Times on April 19, the David Koch-controlled "Americans for Prosperity" has been running ads attacking solar in Arizona. "Solar, once almost universally regarded as a virtuous, if perhaps over-hyped, energy alternative, has now grown big enough to have enemies," wrote the LA Times.

Thirty-one of the bills relate to state requirements for renewable energy production. Twenty-nine states and the District of Columbia have "Renewable Portfolio Standards" or "RPS," which are minimum requirements for utilities to produce a certain amount of the energy they generate from renewable sources such as wind.

Americans for Prosperity has targeted these laws for repeal, with support from rightwing leader Grover Norquist in Kansas and other groups across the country. The Beacon Hill Institute, based out of Suffolk University in Massachusetts, which is an associate member of the Koch-backed State Policy Network (SPN) -- as CMD and ProgressNow have documented -- has written a series of reports that have been released in states by other SPN member think thanks including the John Locke Foundation in North Carolina, the Maine Heritage Policy Center, the Washington Policy Center and the Wisconsin Policy Research Institute. Following internal SPN documents released by the Guardian in December 2013, these reports have been largely discredited, with its host university refusing to stand by the studies. See the Guardian article: free-market research group's climate proposal denounced by host university.

ALEC has been working to repeal or water down these laws since corporate lobbyists and legislators on its energy task force secretly voted for a Heartland Institute drafted "model" bill called the "Electricity Freedom Act" as its official policy in 2012. Despite calling the bill a priority for 2013, ALEC failed that year to score a significant victory, and it adopted two further anti-RPS bills at its August 2013 Annual Meeting in Chicago, called the "Renewable Energy Credit Act" and the "Market Power Renewables Act."

Seventeen of the bills concern Section 111(d) of the Clean Air Act, which following proposed rules issued last September on emission standards at new power stations, requires the Environmental Protection Agency (EPA) to develop regulations on carbon pollution standards for existing power plants. The expected rules, which are likely to be released in draft form in June, would set emission standards that may ultimately force the closure of some of the most polluting coal burning power plants in the country.

The coal industry and its allies, including many Fox News commentators and leading members of the Republican Party, have branded this attempt to limit carbon emissions through regulation a "war on coal."

The coal industry has been fighting back.

Peabody Energy is also a leader within ALEC, with the corporation's top lobbyist Kelly Mader sitting on the ALEC corporate board.

At the December 2013 ALEC conference in Washington DC, corporate lobbyists and legislators on ALEC’s task force voted behind closed doors for two resolutions aimed at limiting the regulation of carbon emissions for coal power plants, with legislators reportedly urged to engage in "guerrilla warfare" to block the EPA.

It is not known who brought the resolutions to ALEC, since ALEC keeps those details a highly guarded secret. Peabody Energy, Edison Electric Institute, Chevron, Shell, the Charles Koch Institute and the American Coalition for Clean Coal Electricity were all among the sponsors of the December ALEC conference at which the bills were discussed and approved.

Four of the bills are resolutions that call for the approval by the Federal government of the Keystone XL (KXL) pipeline. ALEC corporate lobbyists and legislators voted behind closed doors for a resolution titled simply "Resolution in Support of the Keystone XL Pipeline" in December 2011. In the 2013 session, ten states introduced similar resolutions supporting KXL, as reported by CMD.

TransCanada, the proposed pipeline operator, is a funder of ALEC and has sponsored ALEC organized all-expense paid "Academy" trips to Alberta in 2012 and 2013 to "educate" legislators about the tar sands. As reported by CMD, following the trip in 2012, ALEC wrote to participating legislators reminding them of what each oil-industry lobbyist on the trip had paid for and suggested the lawmakers send "thank you notes" to the lobbyists. One legislator -- Ohio Representative John Adams -- subsequently introduced a pro-KXL resolution sent to him by a TransCanada lobbyist, according to documents obtained by CMD using the Ohio public records law.

ALEC has three items of "model" legislation in its library concerning fracking: two pro-fracking resolutions and a bill -- illogically titled "The Disclosure of Hydraulic Fracturing Fluid Composition Act" -- that allows operators to keep secret the details of chemicals injected into a well by making a near impossible to challenge claim of "trade secrets."

As reported by the New York Times in April 2012, ExxonMobil brought the fracking bill to ALEC in December 2011 following its adoption as law in Texas. In the 2013 session, five states introduced legislation similar to the ALEC model, as detailed in the CMD report "ALEC at 40: Turning Back the Clock on Prosperity and Progress."

One of the bills ALEC is tracking is a proposed moratorium on fracking in Massachusetts. This does not relate directly to any of the ALEC "model" bills, but both fracking bans and federal oversight have been a focus at recent ALEC conferences.

For example, at the August 2013 ALEC conference in Chicago, the American Petroleum Institute presented to legislators on "Local Bans on Hydraulic Fracturing: Coming Soon to Your District." And during the most recent December 2013 ALEC conference in Washington DC, the Energy, Environment and Agriculture members received a presentation on the EPA "adversarial oversight" of fracking.

As CMD has reported, ALEC has recently been claiming that it doesn’t track legislation. As the official ALEC Twitter account tweeted to the Brookings Institute in December 2013: "we don't track our model policies."

In light of the tracking document obtained by CMD, this is obviously not accurate, but this particular document is just one example of many which demonstrate ALEC following where its "model" legislation is introduced.

CMD has on file additional ALEC tracking documents from 2010, 2011 and 2012, and has copies of ALEC "legislative scorecards" from various years between 1996 and 2010, which note with varying levels of detail the number of bills introduced and passed in each state that year. ALEC even boasts to potential funders in numerous publications published in 1985, 2000, 2008, 2009, 2011 and 2013 -- all on file with CMD -- that one of the services it engages in is "legislative bill tracking."

Significantly, as revealed in materials obtained and released by Common Cause as part of its 2012 ALEC IRS submission, ALEC sends email "issue alerts" to its members in support of its own model bills when those bills are up for a vote.

Following complaints to the IRS concerning ALEC from Common Cause, the Voters Legislative Transparency Project, and Clergy Voice, supplemented by evidence provided by the Center for Media and Democracy, ALEC launched a new organization called the Jeffersonian Project in 2013, which was formally created earlier in 2012. The new organization is a 501(c)(4) social welfare group, so unlike ALEC it is free to engage in unrestricted lobbying to advance its goals. Lax IRS rules mean the new organization has not yet had to file any financial returns.