As freshly reported by the Huffington Post, ALEC is winding down a year of mostly failed attacks on clean energy laws, concluding with the ongoing final battle to weaken Ohio's renewable portfolio standard and energy efficiency incentives. 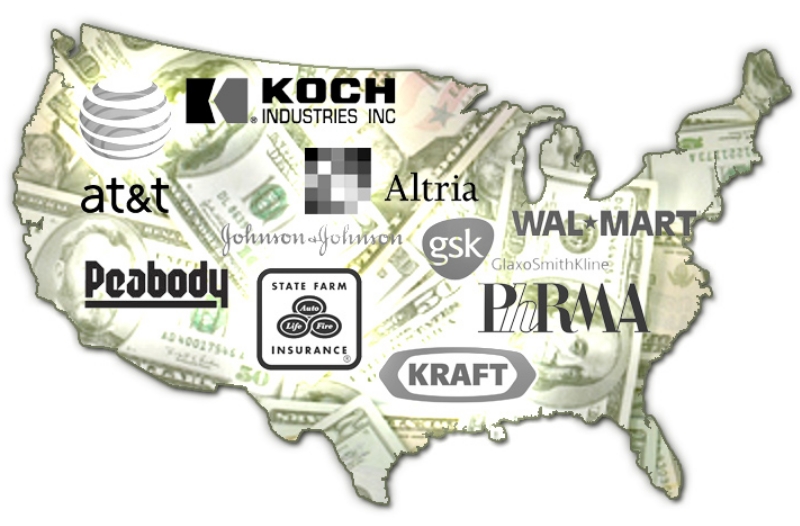 A new report by Progress Now, co-released by Greenpeace and several other organizations that bring sunlight to ALEC's dirty work, outlines ALEC's attacks on state clean energy laws in 2013, as well as bills to keep fracking chemicals secret from the public, its work to promote the Keystone XL pipeline and its work to end regional greenhouse gas reduction programs. At least 77 of ALEC's anti-environmental bills hit the statehouses this year.

For the first time, ALEC has posted the task force agendas for its States and Nation Policy Summit in Washington, DC this December. In a post on PR Watch, the Center for Media and Democracy notes how ALEC carefully omitted information that could be used to hold their secretive operations accountable, such as which ALEC members are sponsoring the new model bills.

Here is a quick overview of ALEC's anti-environmental agenda for its upcoming EEA task force meeting in Washington, DC:

This bill would make it more costly for people and businesses that produce their own electricity and feeding it back into the electric grid -- typically with their own installed solar panels -- to pay utilities for using the grid ... even though they're offering up extra electricity generated at their homes or businesses. Net metering helps decentralize energy production and encourages the growth of clean energy (especially solar), among other benefits.

*APS lobbyist Jessica Pacheco told the Arizona Capital Times that it left ALEC last year. I spotted Ms. Pacheco at ALEC's annual meeting in Chicago last August. It is possible she paid just to attend the conference. It's possible APS' holding company Pinnacle West never left ALEC, or it's possible that APS lied to the Capital Times just like APS lied to Huffington Post about funding the anti-solar ads.

Resolution in Response to EPA's Plan to Regulate Greenhouse Gases under the Clean Air Act (p. 7)

These two draft resolutions are the newest in ALEC's ongoing work to block policy solutions to climate change, mainly by slowing down the inevitable phaseout of carbon pollution from coal plants. The new language simply updates ALEC's previous resolutions to prevent the US Environmental Protection Agency from controlling greenhouse gas emissions under the Clean Air Act.

The latter resolution against greenhouse gas emission reduction includes more specific references to EPA's New Source Performance Standards and the development of Carbon Capture and Storage technology. ALEC member utilities will likely argue behind the scenes over this language at next month's meeting since some ALEC members are already developing CCS, and the ALEC resolution lambasts the technology.

This ironically includes American Electric Power -- the company that co-chairs ALEC's Energy, Environment and Agriculture task force -- and Duke Energy, whose Edwardsport coal plant may be expanded to include CCS technology. Edwardsport was more than a billion dollars over budget, with customers footing $2.6 billion of the 3.5 billion bill.

ALEC's presentations often indicate which topics they'll have model bills for in the future, as they are spending time at their conference paying special attention to these issues, based on the priorities of their corporate members and sister groups in the State Policy Network.

ALEC's posted agendas do not name the people or organizations that will be leading these discussions -- something that is included in private versions of ALEC's 35-day mailings.

ALEC will also have a presentation on "EPA Approaches to Regulate Carbon Dioxide Emissions from Power Plants," another on "Alarmism and the Science of Chemical Risk," and a special "EPA Strategy Session," on December 4th.

With two new model resolutions against EPA regulation of greenhouse gases on ALEC's agenda, ALEC plans to retire its older version of the "Resolution in Opposition to EPA's Plan to Regulate Greenhouse Gases under the Clean Air Act" (see p. 13).

In addition to the older version of its resolution against EPA regulation of greenhouse gases, ALEC also plans to retire a model resolution promoting offshore oil and gas drilling. This is largely in response to the Obama administration's cooperation with the oil industry over opening up more of the U.S. coast to drilling.