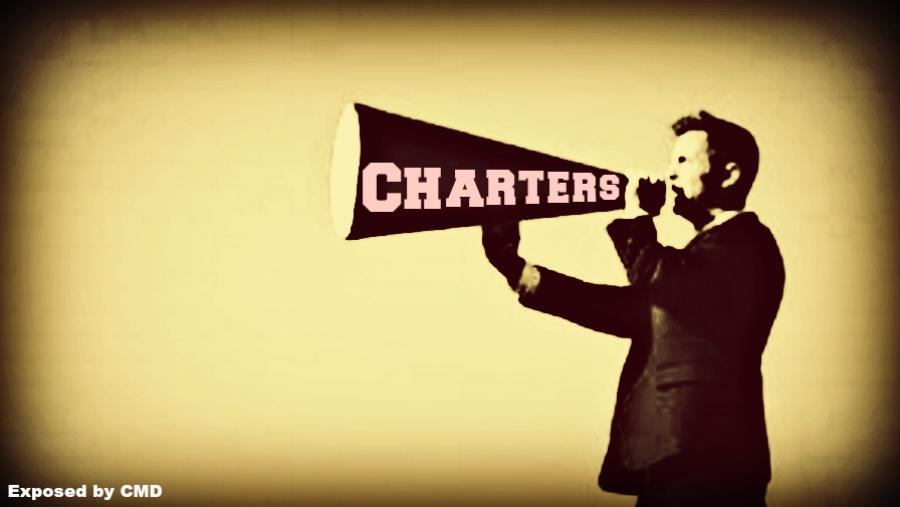 With the Walton billionaires doubling down in their efforts to accelerate the charter school industry and with the Netflix CEO, Reed Hastings, throwing in $100 million to privatize traditional public schools, one might think that the U.S. Department of Education would be a major line of defense for America's public schools educating the most underserved students or even a bold investor in sustainable community schools that are truly public.

One would be wrong.

The U.S. Department of Education, as with the education agencies of many states, has been co-opted by the spending frenzy of the billionaire class.

It's not just the Waltons and Hastings using their fortunes to undermine public education: Eli Broad has pledged nearly a half billion dollars to privatize the public schools of Los Angeles. They are mounting a radical--or really a reactionary--effort to remake public schools into private enterprises, and charters are a key component of the transition the billionaires seek.

And editorial decisions by many in the press have aided and abetted this effort.

For example, the Walton family's press release about its new spending—which comes on top of the nearly $200 million they already spend on education "reform" each year—was widely reported, while the federal budget deal allocated $330 million more for charters was barely covered. The federal expansion of funding comes in the face of numerous scandals involving poor test results from so-called virtual charter schools and the documentation of more than $200 million of fraud and waste of taxpayer money by charter school operators.

But the billionaires' star power garnered coverage and repetition of the "reform" talking points, despite the manifest evidence of the failures of many charter school experiments.

It's not just the press.

This movement that touts "choice"--as a more appealing frame than the "destruction" of truly public schools governed by local democracy--has been embraced by politicians who need financial support from billionaires to win their elections. And, increasingly, these political leaders have been followed into a variant of "public service" by cadres of school reform staffers and charter school cheerleaders who advance private interests.

A recent PowerPoint presentation created by the U.S. Department of Education (ED) underscores how complete that take-over is, after the federal government has itself spent billions in American tax dollars building up and buttressing the charter school industry.

While it is unclear what audience the department was targeting, it clearly shows how ED has become a propagandist for charter schools--despite the mountain of fraud and failure that investigators and bloggers have documented.

Some of the slides are comical to the point of parody. One enthusiastically asks, "Do states with the highest-performing charter schools receive [State Educational Agency] funding?" With 38 states receiving this funding, should it be surprising that some of them have some schools that test better than other charter schools that also receive funding?

Another slide says, "As of SY 2011-12, CSP-Funded Schools Serve a Similar Percentage of Students and Disabilities and Limited English Proficient Students as Traditional Schools," and then shows four lonely bar graphs. Nine percent of the students at Charter School Program-funded schools have disabilities and 11 percent at "traditional schools" do. Are percentages ever really "similar"? And can't the department's PowerPoint writers find a less defensive way to say, "Sometimes charter schools accept students with disabilities"?

With 20 years of data to draw from, many charter schools have failed and closed as the Center for Media and Democracy has noted, and many others have not been shown to boost student achievement. But as the industry has grown under federal funding, so has its lobbying muscle (largely at taxpayer expense). With each passing year the enthusiasm for charters increases among right-wing and libertarian school privatization advocates along with many of the reporters and pundits who rely on this heavily-bankrolled industry for quotes and claims.

Charter schools are supported by taxpayer dollars but exempt from many of the requirements and standards of truly public schools due to the way its architects created them through legislation peddled by the American Legislative Exchange Council (ALEC). Sometimes they are not governed by elected school boards and there is very little oversight concerning how they educate students or spend the money they get from the government.

Charters divert billions of taxpayer dollars from public schools and have been frequently exposed as fraudulent and wasteful. As CMD's lengthy investigation into charter school spending found, an undisclosed number of schools receiving millions in federal funds, cumulatively, have closed or never even opened. ED's PowerPoint does not tackle these thorny issues.

Instead, the very first slide of the ED PowerPoint asks, "What is the purpose and history of the U.S. Department of Education's Charter Schools Program?" It turns out that "evaluating the effects of public charter schools" is only the second of "four statutory purposes."

The other three, apparently independent of the effects the schools have, are 1) "Providing financial assistance for the planning, program design and initial implementation," and 3) "Expanding the number of high-quality charter schools available to students across the United States," and 4) "Encouraging states to provide support to charter schools for facilities planning."

In other words, once ED evaluates "the effects" of charter schools and finds that they do not help students or that they collectively weaken the state of public education in general, it still has a duty to fund them, create more of them, and get states to fund them. That explains a lot.

Slide number 4 reveals that the ED's Charter School Program has provided more than $3.3 billion to "fund the start-up, replication and expansion of public charter schools."

CMD was unable to extract this number from DOE despite inquiries and Freedom of Information Act (FOIA) requests since 2014. Ultimately, CMD calculated the amount at more than $3.3 billion (not adjusted for inflation) earlier in 2015, and more than $3.7 billion with the latest round of spending.

In October 2015, after waiting for incomplete answers from ED and state agencies, CMD published "Charter School Black Hole," a special investigation of federal charter school spending and its links to ALEC.

Two months later, on Christmas Eve 2015, ED released a list of the charter schools that had received federal funding since 2006. The list was incomplete, the dollar figures were still unclear, and everyone knows that you release information on Christmas Eve because you don't want anyone to see it. Still, it was something.

Now, it turns out, ED may have been tracking this information all along. The $3.3 billion it identifies is pretty close to the $3.3 billion CMD initially found after painstakingly combing through more than two decades of congressional appropriations. If you were a ED PowerPoint writer you might even call these numbers "similar." (Based on new appropriations by Congress, CMD has noted that the current tally is more than $3.7 billion.)

What is far too similar is the extent to which the Department of Education's charter school agenda matches that of the anti-education, pro-privatization movement that funds and promotes so much of the misinformation about public education.

This movement already gets all the support it needs from the Waltons, the Koch brothers, the DeVos family, Bill and Melinda Gates, and tech billionaires.

Let's put the taxpayers' money to better use.

(This op-ed was first published by Alternet.org, here.)