Special Report: Feds Spent $3.3 Billion Fueling Charter Schools but No One Knows What It's Really Bought 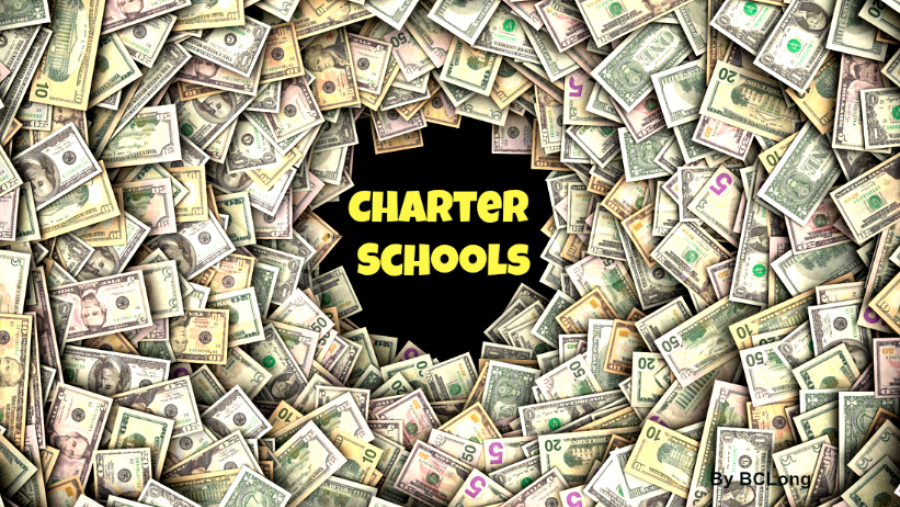 (Madison, WI)–The federal government has spent more than $3.3 billion over the past two decades creating and fueling the charter school industry, according to a new financial analysis and reporters' guide by the Center for Media and Democracy (CMD). (The new guide can be downloaded below.)

Despite the huge sums spent so far, the federal government maintains no comprehensive list of the charter schools that have received and spent these funds or even a full list of the private or quasi-public entities that have been approved by states to "authorize" charters that receive federal funds. And despite drawing repeated criticism from the Office of the Inspector General for suspected waste and inadequate financial controls within the federal Charter Schools Program—designed to create, expand, and replicate charter schools—the U.S. Department of Education (ED) is poised to increase its funding by 48% in FY 2016.

CMD’s review of internal audits reveals that ED did not act quickly or effectively on numerous reports that state education officials had no idea where the federal funds ended up. The documents also show that ED knowingly awarded grants to states with no statutory oversight over charter authorizers and schools as the grant applications are evaluated based on how much "flexibility" from state laws charter schools have.

As a result of lax oversight on the federal level, combined with many state laws that hide charter finances from the public eye, taxpayers are left in the dark about how much federal money each charter school has received and what has been wasted or spent to enrich charter school administrators and for-profit corporations who get lucrative outsourcing contracts from charters, behind closed doors.

"The Department of Education is pushing for an unprecedented expansion of charter schools while paying lip service to accountability, but independent audit materials show that the Department's lofty rhetoric is simply not backed up by its actions," noted Jonas Persson, a writer for the Center for Media and Democracy, a national watchdog group that publishes PRWatch.org, ALECexposed.org, and SourceWatch.org, adding, "the lack of tough financial controls and the lack of public access to information about how charters are spending federal tax dollars has almost inevitably led to enormous fraud and waste."

These documents, along with the earlier Inspector General report, reveal systemic barriers to common sense financial controls. Revealing quotes from those audit materials, highlighted in CMD's report, show that too often states have had untrained staff doing unsystematic reviews of authorizers and charter schools while lacking statutory authority and adequate funding to fully assess how federal money is being spent by charters.

In many instances, states have no idea how charter schools actually spent federal monies and they have no systematic way of obtaining that information or making sure it is accurate.

"It is astonishing that the federal government has spent more than $3 billion dollars directly on charter schools and is poised to commit another $350 million on their expansion this year, even though charters have failed to perform better than traditional public schools overall and have performed far worse when it comes to fraud and waste," noted Lisa Graves, CMD's Executive Director.

She added: "This result is not surprising since many charter school advocates have pushed to create a system that allows charters to get federal funds without federal controls on how that money is spent--but it should not be acceptable for so much of taxpayers' money to be spent this way, with no requirement that the public be told how much money each and every charter school receives, how much each spends on high-paid charter executives, how much money makes it to the classroom, and how much is outsourced to for-profit firms."

In CMD's view, "There is no doubt that American school children and American taxpayers are getting short-changed by the charter school system that is siphoning money away from traditional public schools."

Download a copy of CMD's full report here. You can also read excerpts of responses to open records requests via CMD's SourceWatch, such as the corrective action plan imposed by the ED Office of the Inspector General after a scathing 2012 audit.

Taxpayers and educators should be demanding answers from politicians who spend our tax dollars with absolutely no oversight, transparency, or accountability in return. Families can't afford to be so cavalier about their home budgets, yet our state and federal governments can? Only because we don't ask the hard questions.
I just spent some time looking at the evaluation of USDE's policies for Charter School oversight and an in depth audit of sorts conducted by WestEd ( via a USDE grant) of charter school and charter school authorizers compliance with the terms of their grants. Think swiss cheese. There is no effective oversight of the terms of the grants. USDE can bail out of accountability by saying, in effect, state legislation determines the degree of oversight. After looking at the red flags that have been waved, I conclude that the people in charge of this program are committing fraud. The WestED audit points to following USDE officials and staff who should be called before Congress to justify the program and to document all of the frauds in their files since the program was initiated. The senior officials are Arne Duncan, Jim Shelton, Stefan Huh Director of the Charter School Program, Program Manager Erin Pfeltz, Leslie Hankerson and Kathryn Meeley who are program officers. The checklists for the review of proposals and for the audits show that there is no there-there on auditing performance, distributions of funds, the use of funds for their intended purposes. USDE policy specifies that these schools have "autonomy" to operate with a minimum of oversight. That is exactly what is happening with tax payer money being used as cash cow at the expense of investing in public schools. The performance of these schools is not, not, not superior to the performance of public schools and they systematically suck funds intended for public schools into management arrangements with high paid managers, extra layers of lawyers, and churn in teachers and students.
I get so frustrated when I hear public charter! None of our taxpayer dollars should go to the charters because they are NOT public. Follow the money!