Democrats Gear Up to Battle Wall Street in the New Congress 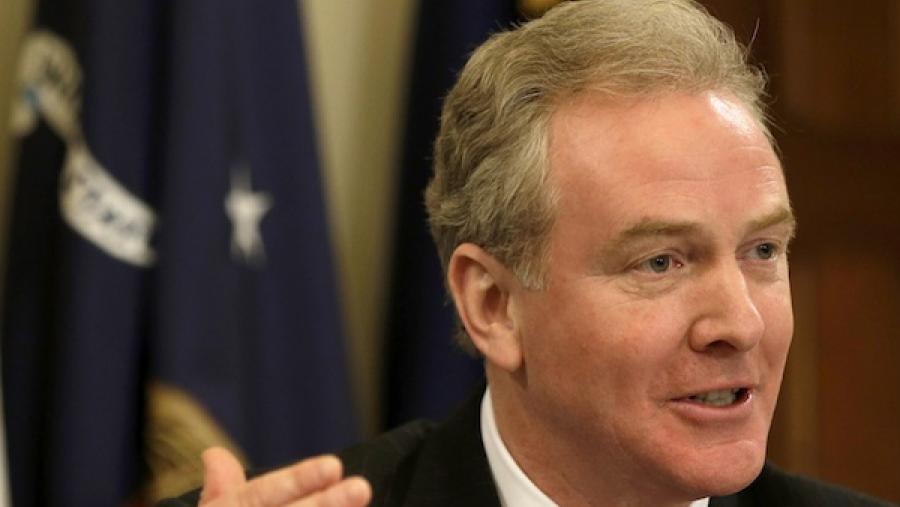 Democrats appear to have learned some lessons from their 2014 mid-term whipping. Numerous analysts said the lack of a coherent Democratic message to address the problem of stagnating wages and a stumbling economy hurt the party, especially among lower-income voters.

On election day, the AFL-CIO polled voters and found that 54 percent lost household income during the past year. Sixty-three say the economy is fundamentally unfair. Eighty percent say that both political parties are too focused on helping Wall Street and not Main Street.

Apparently some in Congress got the message. On Monday, President Obama's nominee for a key spot in the Treasury Department, a Wall Street banker, quietly withdrew his candidacy. On the same day, U.S. Rep. Van Hollen embraced one of Wall Street's most despised policy proposals, a financial transaction tax, in an effort to boost middle class wages.

The howls from Wall Street were audible in the halls of Congress. When JP Morgan Chase's Jamie Dimon succeeded in rolling back a key provision in the 2010 Dodd-Frank financial reform law that would protect taxpayers from reckless derivates trading during the first week of the new Congress, Wall Street thought it had it made.

Late last year, Obama nominated Antonio Weiss, a specialist on international corporate mergers with the financial firm Lazard, to the position of Under Secretary for Domestic Finance. His brief includes a wide range of issues, among them Dodd-Frank implementation and consumer financial regulation.

But Wiess' role in advising U.S. companies, such as Burger King, on "inversion" deals that would allow them to merge with a foreign firm to duck U.S. taxes quickly came under fire from Senators, including Dick Durbin, Bernie Sanders and Al Franken, and groups that fought for Wall Street reform.

"Lazard isn't just the President of the Corporate Loopholes Club," wrote U.S. Senator Elizabeth Warren, "it's also a client. Lazard moved its own headquarters from the United States to Bermuda in 2005 to take advantage of a particularly slimy tax loophole that was closed shortly afterwards."

Community and consumer groups such as CREDO, Democracy for America, Americans for Financial Reform, and more stepped up to underscore the point. Credo Action delivered 160,000 signatures targeting the Senate, 100,000 targeting the White House and 1,300 calls to the White House over the holidays.

On Monday, Weiss dropped his name from consideration, reports Politico. "The last thing the Treasury Department needed was another Wall Street banker in a key policy position," said Murshed Zaheed, CREDO's deputy political director." President Obama was wise to listen to the demands of his progressive base."

The Weiss victory for Wall Street reform advocates and their champions in the U.S. Senate, comes on top of the largely behind-the-scenes battle that scuttled long time Clinton economic advisor Larry Summers' nomination for Fed Chair.

As the White House prepares to send its budget proposal to Congress, Rep. Chris Van Hollen, the top Democrat on the House Budget Committee, staked out bold new ground on Monday with an "action plan" aimed at growing stagnant middle class wages and the economy as a whole, paid for by closing tax loopholes and implementing a new fee on financial market transactions.

His plan includes a paycheck bonus tax credit designed to cut $2,000 a year off the tax bills of couples making less than $200,000 a year, a program to put a portion of those tax savings into a public savings and retirement plan, and a number of other provisions. But the exciting part for Wall Street reformers is that it is paid for by a small financial transaction tax of 0.1 percent. A Democratic aide said the fee would apply to any buy or sell transactions, and include stocks, bonds and derivatives at differing levels. The bill also preventing big corporations from claiming tax deductions for CEO pay and other corporate compensation over $1 million.

"Democratic leadership has put the Wall Street Speculation tax right in the center of economic policy conversation, which is where it should be," said Lisa Donner of Americans for Financial Reform, who has long pushed for the tax. "It raises revenue from Wall Street while pushing against dangerous excess speculation." AFR pointed out the tax is similar to one being pursued by 11 other European countries.

Economist Dean Baker pointed out that new technologies have boosted high-speed, high-volume trading to astronomical levels. "Much of this trading volume serves no purpose from the standpoint of the productive economy, yet it generates enormous incomes for the financial industry," said Baker, who points out that even the IMF says the U.S. financial sector is under-taxed.

Recent revelations by author Michael Lewis and 60 Minutes that high-speed, high-frequency traders raise the cost of trading for average investors because they use their complicated algorithms to literally jump in front of everyone else, will add fuel to the debate.

But the most hopeful thing for advocates of Wall Street reform was the message from Democrats that steps were needed to level the playing field between Wall Street and Main Street.

"Many of the policy prescriptions Van Hollen outlined today are part of the blueprint to seriously addressing income inequality," said AFL-CIO president Richard Trumka. His chief policy advisor, Damon Silvers, characterized the measure as "a thoughtful and courageous effort to directly take on the sources of economic dysfunction and instability and to do so in a way that supports the middle class and the small businesses that generate jobs."

Also hopeful was the sidelining of the Clinton Democrats who played a role in the law changes that contributed to the 2008 financial crisis. Gene Sperling, a former top Obama economic adviser and architect with Larry Summers of the 1999 bill that gutted Glass-Steagall and ushered in the era of "too big to fail" banks, defended Weiss: "He has truly progressive values and completely supports the financial reform agenda of the president,” but the Warren-wing of the party was not buying it.

Steve Rattner, a prominent investment banker with a column in the New York Times who was sanctioned by the SEC in 2010 for pay-to-play schemes recognized the significance of the fight between the old guard and the new: "It's not about Weiss. It is part of a much broader narrative of the fight for the soul of the Democratic Party and whether so-called progressives are going to capture that or whether more mainstream Democrats, who are equally progressive in their own way, are going to retain it.”

For once, Rattner is right.

In reality, President Obama does not have a "progressive base." He has a Wall Street base. Progressive Democrats must come to terms with the fact that their putative standard-bearer is the enemy.
You forgot to put the word "pretend" in the headline. It is all Kabuki, everyone knows that so no need to pretend otherwise.