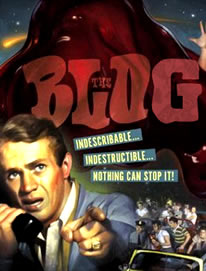 Under the banner "a marketplace of ideas," major industry groups are blogging together, to "build influence and drive policy." The BizCentral blog includes the American Petroleum Institute, Business Roundtable,

"I can't recall a time when PR has been as strong," Sir Martin Sorrell, the head of the UK-based marketing and public relations conglomerate WPP, told the Guardian.

Free Press video about the hearing

"In a move that legal experts said could present a major test of First Amendment rights in the Internet area, a federal judge in San Francisco ... ordered the disabling of a Web site devoted to disclosing confidential information." The site, Wikileaks, allows people to anonymously post documents and other information. The judge's order disabled the site's U.S.

"Education is the key to stemming illegal downloads of music and other content," concluded a new study.

GM's Bob Lutz, in one of the company's fake news spotsIn January, General Motors launched a new website, "GMnext" (which includes a wiki), to mark its 100th anniversary a

James Glassman, the nominee for Under Secretary of State for Public Diplomacy, probably won't have much of an impact on how the United States presents itself to the rest of the world.

For one thing, he'll only have 11 months in the post. For another -- as his predecessor Karen Hughes proved -- putting shinier lipstick on the pig of U.S. foreign policy doesn't do much to assuage widespread anti-American sentiment. Still, the Senate Foreign Relations Committee's January 30 hearing on Glassman's nomination provided some insight into Washington's evolving view of public diplomacy.