Andrea Gawrylewski reports that an email from an "ACS insider," who insisted on anonymity, alleges that bonuses paid to executives of the American Chemical Society are tied to the profits of the publishing division and that this is why the society is opposing open-access publishing.

As the internet becomes an increasingly important source of information for the public, government repression is shifting from traditional journalists to bloggers, according to the latest Worldwide Press Freedom Index issued by

It isn't just Burmese pro-democracy activists who have been denied Internet access by heavy-handed government censors. "OpenNet Initiative, which tracks Internet censorship, has documented signs that in recent years several governments -- including those of former Soviet republics Belarus, Kyrgyzstan and Tajikistan -- have closed off Internet access, or at least opposition Web sites, during periods preceding elections or times of intense protests.

While ExxonMobil and BP have "spent lavishly on image ads," Chevron's new "power of human energy" campaign is a particularly ambitious "bid to recast itself as an environmentally responsible corporate citizen." Advertising Age reports that its first ad, a 2 1/2 minute spot from the ad agenc 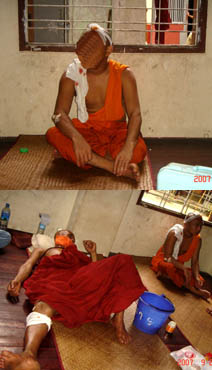 Despite the danger of defying a military junta that is determined to quash the current wave of protests, and Internet penetration of only 1%, Burmese citizen journalists, activists, and former professional journalists have shared news and images with the

The U.S. State Department is upgrading "foreign policy to Web 2.0 interactivity for the new electronic information age," with its first-ever blog, "Dipnote." The department "has already vastly expanded its Web presence and ...

Alarmed at its rival Google's proposed purchase of the internet marketing firm DoubleClick, Microsoft is seeking to stoke opposition to the deal through its PR firm, Burson-Marsteller (B-M).

Consumers Union, the publisher of Consumer Reports magazine, recently had firsthand experience with search engine optimization (SEO) techniques that companies are using to suppress negative stories about themselves on the Internet. A company called "DONE!

James L. Horton of the Robert Marston & Associates PR firm is worried about Wikileaks, a new website that provides a means for people to share information about unethical behavior by governments and corporations. Wikileaks says it "is developing an uncensorable Wikipedia for untraceable mass document leaking and participatory analysis.