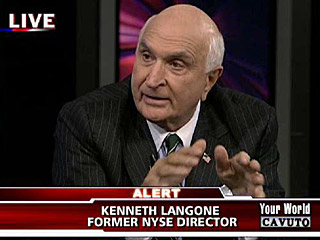 A new right-wing group, "American Action Network," has entered the 2010 election with ads attacking Senator Russell Feingold of Wisconsin. The American Action Network (AAN) was created by right-wing politicians and their funders around the time the Supreme Court issued the Citizens United decision that expanded corporate rights to allow them to spend more money than ever influencing elections. AAN does not disclose its funding sources for the $25 million it plans to spend this fall, but its board is filled with politicians and millionaire businessmen on the right.

The ad is grossly misleading and blames Senator Feingold for the federal deficit, with the tag line "18 years, 9 trillion more in debt." The ad ignores the budget surplus created in the Clinton Administration during Senator Feingold's first terms in the Senate, and the squandering of that surplus through President George W. Bush's economic policies and wars. And then it tries to blame Feingold for the deficit increases through the Wall Street bailout that was led by President Bush and his Treasury Secretary, Henry Paulson, even though Senator Feingold voted consistently, not once but twice, against the Wall Street bailout and voted not once but twice to end the TARP. He also pressed Congress expressly to use the TARP funds to pay down the deficit. (For more information on the true cost of the Wall Street Bailout check out our Wall Street Bailout Cost Table.)

Exposing Those Responsible for the Attack Ads

So who is really behind these grossly misleading attack ads? The AAN does not disclose the names of the companies and individuals bankrolling it, but its board includes big spenders who have bankrolled many GOP campaigns. Some of these fat cats are affiliated with some of the wealthiest corporations in the country, like Goldman Sachs, Home Depot, and ChoicePoint. This is big money in a race that already pits multi-millionaire Ron Johnson up against one of the least wealthy U.S. Senators, who does not have the deep pockets to finance his own race. Here is just a sample of the multimillionaire businessmen behind the attack ads and some of the companies they are affiliated with:

* Kenneth G. Langone He's worth $1 billion and is listed as the 347th richest man in the U.S. Here are some of the companies he has been affiliated with: 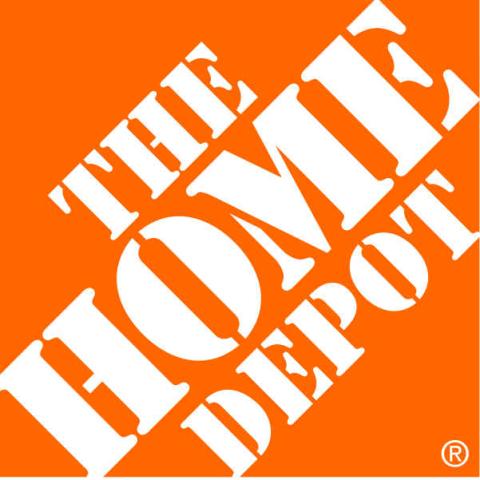 ** Home Depot--Langone co-founded this home-remodeling store, one of the nation's largest retailers, whose top employees have given millions to the GOP and which, among other things, got a $48 million tax break in the Bush/Cheney energy bill (lifting a tariff on Chinese-made ceiling fans), and was also rewarded by Bush, who used the store as the PR backdrop for a speech about the economy.

** ChoicePoint--Langone co-founded this "'data-mining" company (mining your data to market to the government and businesses), which among other scandals was embroiled in the 2000 election debacle in Florida under a $4 million no-bid contract to give Florida Secretary of State Katherine Harris a list of 8,000 names of people to drop from the election rolls who were supposedly felons, who turned out not to be. You probably recall that Harris declared Bush the winner of Florida by 1,784 votes and five right-wing judges on the Supreme Court stopped the recount, making Bush president--so a couple thousand voters turned away could have been the difference, even without the flawed butterfly ballot that added up for Pat Buchanan. You may not recall how ChoicePoint contributed to the election of Bush through its faulty list. And you might not have known that ChoicePoint executives like Langone and (now deceased) Rik Rozar gave hundreds of thousands to the GOP. (I have testified in favor of Senator Feingold's efforts to protect Americans from unwarranted data-mining by the FBI through National Security Letters and I have flagged the FBI's lucrative contracts with ChoicePoint.)

* C. Boyden Gray, heir to the R.J. Reynolds Tobacco Company fortune. Boyden has played a key role in most of the well-financed right-wing groups like Citizens for a Sound Economy, founded by the Koch Brothers and related to the beltway gang behind the Tea Party, FreedomWorks. Gray has helped orchestrate everything from the big business attack on the EPA's regulation of air quality standards to the effort to pack the courts with right-wing ideologues through his attack machine, the "Committee for Justice." When I worked as a staffer in the Senate, I helped fight Gray's efforts to use smear campaigns to pack the courts; and Gray's group was one of the recipients of files of mine and my colleagues taken by Republican political operatives. If you're disgusted with the Supreme Court decisions of right-wing ideologues like John Roberts and Clarence Thomas, you can thank Gray for helping them secure lifetime jobs as judges.

* Fred Malek, whose net worth is reportedly $250 million and who paid a $100,000 fine to the Securities and Exchange Commission in a case involving a fraudulent pension fund scheme. He was John McCain's National Finance Committee co-chair in the 2008 election. He served as a director of Fannie Mae during the period in which CEO Franklin Raines was forced out by regulators and when Raines left the federal mortgage guarantor with a pension worth over $100,000 a month and over $5 million in stock options. Malek made his initial fortune as CEO of Marriott Hotels and is part of the Carlyle Group. He is also a George W. Bush crony who was part of the syndicate that bought the Texas Rangers, one of Bush's failed businesses. His reputation has been tainted by evidence he carried out some of President Nixon's dirty work in identifying Jewish federal employees, resulting in his resignation as Deputy Chairman of the Republican National Committee, even though he was George H.W. Bush's pick for that post back in 1988.

* Robert Steel, former Vice Chairman of Goldman Sachs and former co-head of the firm's equities and trading business with Lloyd C. Blankfein, Goldman's CEO who sold securities designed to fail (and yet Blankfein is poised to receive up to a $100 million bonus this year). Steel also served as co-chair of the U.S. Chamber of Commerce anti-regulation crusade before being appointed Under Secretary for Domestic Finance under Henry Paulson in George W. Bush's Treasury Department. He bailed out right before the Wall Street meltdown. He then took the helm at Wachovia which was then consumed as it was failing by Wells Fargo, which then took $371.5 million in TARP funds to be bailed out by taxpayers. And then he headed off for a post with the city of New York. (For more information on the role Goldman Sachs has played in the financial disaster, check out our articles on the firm in SourceWatch.)

These are just some of the multimillionaires backing new political attack ads to try to influence the outcome of the mid-term elections. Regardless of how one views Senator Feingold's record in the Senate, it is right to ask questions about who is spearheading attack ads, what their records are and what their real agenda is.

The fabric and structure of the USA is being hurt by greedy selfish moneyed elites. Their aim to protect their own millions, even if working Americans are condemned to poverty, poor health care, no jobs, and inadequate funding of schools for children. They fund Beck and Palin to be the front man and the front woman. They cowardly accuse the wrong target in deliberate attempts to villify the innocent. They tell people what people want to hear, even if it is not the truth. They use issues they know will resonate with the public (motherhood issues) but then twist it make up seem like down and down seem like up. They cowardly fund propaganda that claims as 'truth' what is clearly a lie. Yet ordinary Americans often appear to worship people with money, no matter where that money came from. The Tea Party is one example where people should follow they money. See who is pulling the strings in the background. See who benefits if a honey tongue charlatan spouts her specious arguments? Certainly on the surface it is Sarah Palin while gullible people listen to the rubbish she speaks.
government of the money by the money and for the money and all the tp's have to bark about is taxed enough already? how can tp's not see the private sector openly manipulating our future?
Manipulation on a major scale. Just another game if you have the cash and the influence that goes along with it to play.
Probably none. This is going to skew the world and separate the classes even further. It's quite sickening how this whole game is being played.
Any competent attempt to reveal who it is behind this must by default list the members of the supreme court who despite the precedence for the opposite ruling that they arrived at are first in line of those behind this unscrupulous, unjust protocol of moneys' all that matters. So now, just like justice in the court room, when it comes to governmental policy you get as much as you can pay for. Although time may maintain a constant move toward the future, elements which have seized democracy and business in the United Corporate States of America are hellbent on moving the society of man backwards. The corruption of the body politic by the republican fascists seems to be complete and a new age of the old evils has once again threatened mans existence on planet earth. Apparently there is no limit to the ignorance of greedy, voracious, holier than thou, self centered, egomaniacs out there who are unashamedly willing to bring about the end of the species as long as they have the most toys. How pathetic man has become. The justices who occupy the space on the bench of what should be the defense of freedom wear the crown!