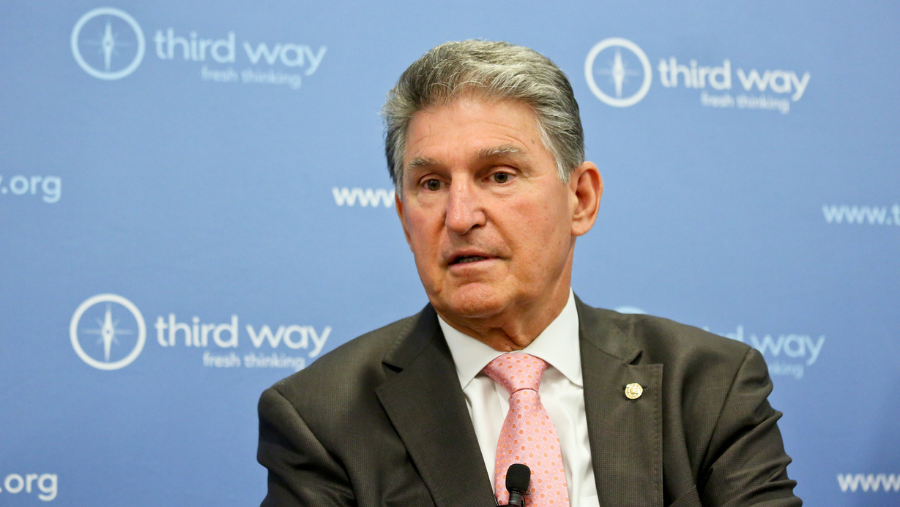 This opinion piece was produced in partnership with The Guardian.

As "thousand-year" heat waves caused by climate change rock the West Coast and biblical floods engulf major cities, Senate Democrats are negotiating a $3.5 trillion budget package that could include an attempt to slow the use of fossil fuels over the next decade.

One prominent senator is very concerned about proposals to scale back oil, gas, and coal usage. He recently argued that those who want to "get rid of" fossil fuels are wrong. Eliminating fossil fuels won"t help fight global warming, he claimed, against all evidence. "If anything, it would be worse."

Wrong question. The speaker was a Democrat: Senator Joe Manchin of West Virginia.

West Virginia is a major coal-producing state. But Manchin's investment in dirty energy goes far beyond the economic interests of the voters who elect him every six years. In fact, coal has made Manchin and his family very wealthy. He founded the private coal brokerage Enersystems in 1988 and still owns a big stake in the company, which his son currently runs.

In 2020 alone, Manchin raked in nearly $500,000 of income from Enersystems, and he owns as much as $5 million worth of stock in the company, according to his most recent financial disclosure.

Despite this blatant financial conflict of interest, Manchin chairs the influential Senate Energy and Natural Resources Committee, which has jurisdiction over coal production and distribution, coal research and development, and coal conversion, as well as "global climate change."

He even gave a pro-coal speech in May to the Edison Electric Institute while personally profiting from Enersystems' coal sales to utility companies that are EEI members, as Sludge recently reported.

Manchin is one of many members of Congress who are personally invested in the fossil fuel industry—dozens of congresspeople hold Exxon stock—but he is among the biggest investors. As of late 2019, he had more money invested in dirty energy than any other senator.

His proposal "leaves out language that S. 1 would add to federal statute prohibiting lawmakers from working on bills primarily for furthering their financial interests," Sludge reported.

Manchin, the most conservative Democrat in the Senate, has used the evenly split chamber to block President Biden's agenda. In the process he has become arguably the most powerful person in Washington. Hardly any Democratic legislation can pass without his vote.

That's a problem—especially given that Manchin sometimes seems like he's an honorary Republican. Earlier this month the Texas Tribune and other publications reported that Manchin was heading to Texas for a fundraiser hosted by several major Republican donors, including oil billionaires.

Manchin, along with Senator Kyrsten Sinema of Arizona, has vowed to protect the filibuster—a rule, frequently used to empower white supremacists, that requires 60 votes for most Senate bills to pass. That includes vital voting rights legislation passed by the House that is the only way to stop the Republican party from eviscerating what's left of our democracy in the name of the "Big Lie" of voter fraud.

And because of his uniquely powerful position as a swing vote, Manchin can rewrite major legislation to his liking—effectively dictating the legislative agendas of Congress and the White House. Instead of pressuring Manchin, Biden has sat back and watched this happen, perhaps based on an antiquated belief in norms and process and a baffling failure to understand the importance of the next year and a half for his party, his legacy, American democracy, and the planet.

It appears that Manchin will have his way with the White House's infrastructure package, and his changes will likely be devastating, given the climate emergency we live in.

Manchin isn't just sticking up for the coal industry and his family's generational wealth; he's doing the bidding of oil and gas executives, who also stand to lose money if the nation transitions away from toxic fuels.

Manchin's political campaigns are fueled by the dirty energy industry. In the 2018 election cycle, his most recent, Manchin's campaign got $143,000 from oil and gas PACs and employees, more than any other Senate Democrat except then-North Dakota Senator Heidi Heitkamp. Manchin was also the mining industry's top Democratic recipient in Congress that cycle.

Over the past decade, his election campaigns have received nearly $65,000 from disastrously dishonest oil giant Exxon's lobbyists, its corporate political action committee, and the lobbying firms that Exxon works with. A top Exxon lobbyist recently bragged about his access to Manchin.

If Biden wants to have any kind of legacy, he needs to stand up to Manchin, a member of his own party, and work with Senate Majority Leader Chuck Schumer to get him in line. The fate of the planet depends on it.