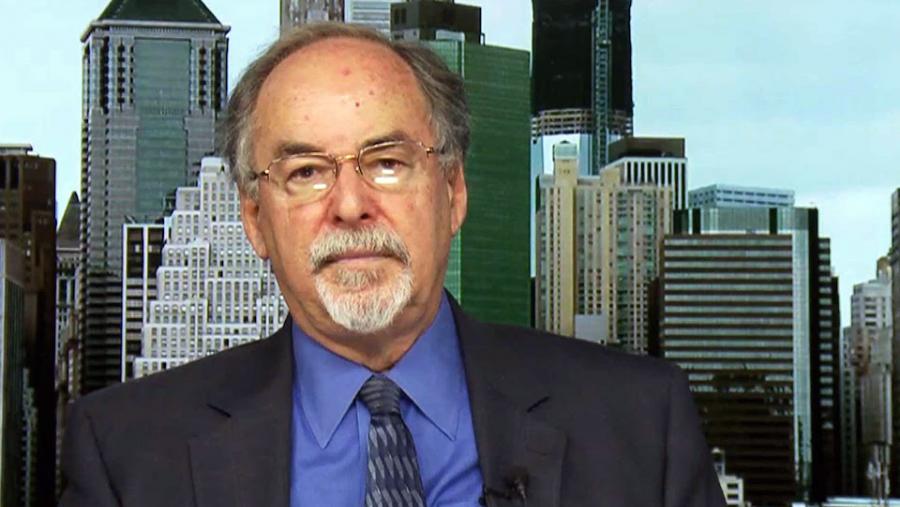 It took about 10 minutes for a picture of Ronald Reagan to emerge on the screen at the opening ALEC lunch event I attended after my arrival in New Orleans for the 45th ALEC conference. I never did see a picture of President Donald Trump. As the hot mess of the Trump presidency unfolds, ALEC is struggling to both embrace the major things they love about him (deregulation, tax cuts for the wealthy), while keeping a healthy distance from the chaos and corruption engulfing his presidency.

Trump certainly wasn't ALEC's first choice. Or second. Or third. During his campaign, Trump never came to kiss the golden ALEC ring, like ALEC acolytes Scott Walker and Mike Pence. As corruption charges continued to emerge against prominent Republicans, and the trial of Paul Manafort waged on, I didn't hear one attendee legislator extoll the virtues of a Trump presidency. In fact, I heard almost nothing about Trump at all from the actual attendees. But the speakers and presenters were more representative of the Trump administration than last year.

Elaine Chao, the Secretary of Transportation came in and tried to give a speech but the ballroom lunch, sponsored by Marathon Petroleum, was so loud you could barely hear her. She did extoll the need to repeal California's ability to set fuel emissions standards in favor of a weaker federal standard. Former Texas Policy Institute director Brooke Rollins, now a key Trump advisor, was next. She repeated the oft cited metaphor of Trump "draining the swamp" with the islands that emerge being the states, the "great laboratories of innovation." Except Elaine Chao had just moments before argued to repeal a state's right to set fuel emission standards.

And this revealed a major, continuing tension of ALEC. They want state's rights, except when they don't. The same contradiction is evident with their struggle with local control--sometimes they like it, sometimes they don't. The defining factor is whether these levels of government promote the far-right ALEC agenda. It is getting harder and harder for ALEC to ignore these internal contradictions.

And there are visible cracks in ALEC world. Collectively, this was the messiest and least disciplined ALEC conference I have attended since 2013. In the energy task force, presentations were all over the place. A natural gas and electricity supplier went off script by openly discussing the billions in subsidies the oil and gas industry receives. There was silence in the crowded task force room, filled with fossil fuel producers and lobbyists.

Though some continued to insist that clean coal was possible and renewables unreliable and expensive, new ALEC members from renewable energy companies gave a compelling pitch about the declining price and high demand in the private market for wind and solar, especially in red, rural communities. After one of the renewable energy presenters mentioned that the wind energy sector was working with Congress to phase out subsidies (not something we would ever see from the fossil fuel industries), a skeptical executive asked if they would help get rid of states' Renewable Portfolio Standards. The renewable energy guys had the perfect answer--it was up to the states. Remember, the laboratories of democracy? ALEC's hostility to renewable energy and other green energy policies prompted infighting between industries and high-level departures, most recently by ALEC funder and board member ExxonMobil.

In the Health and Human Services task force, the Goldwater Institute and Buckeye Foundation were in a tizzy because the Affordable Care Act (ACA) was still in existence and the left seemed to win that war, at least for now. How could it be, they moaned, when Republicans are in charge of EVERYTHING? They whined that the "debacle of last year was horrible" and that Congress wouldn't touch another repeal with a 10-foot poll. So, 100 conservative groups came together to propose an alternative plan that guts the ACA, again. But the list was messy and confusing, and even the presenters seemed doubtful their plan would ever succeed.

But the biggest disaster I have ever seen at an ALEC conference was on a panel about the Convention of States (COS) project. COS is mobilizing in states to call an Article V Constitutional Convention for the purposes of amending the federal constitution by passing a balanced budget amendment, term-limits for federal judges, and who knows what else. One of the key speakers was right-wing provocateur David Horowitz. Horowitz is listed in a Southern Poverty Law Center (SPLC) report published by Alternet with the title "10 of America's Most Dangerous Hatemongers".

After converting from being a Marxist decades ago, Horowitz now runs his own right-wing think tank, bankrolled to the tune of $3.4 million by the Milwaukee-based Bradley Foundation, according to the Center for Media and Democracy. Horowitz gained recent fame as a key mentor of Trump advisor Stephen Miller, the man behind Trump's family separation policy according to the Atlantic.

Horowitz gave two inflammatory speeches. Over breakfast he claimed that "at the K-12 level, school curricula have been turned over to racist organizations like Black Lives Matter and terrorist organizations like the Muslim Brotherhood." Later he commended Trump for not retreating after calling Rosie O'Donnell a "big fat pig." Regarding Trump, Horowitz commented "so this guy showed what you can do if you have confidence and you are always on the offensive, which he always is."

Horowitz's other allegation is that "the left's attitude towards the Constitution is they hate it."

As justification that Democrats hate the Constitution Horowitz stated:

You know, one of the really vicious things about the left is how they attack the founding principles of this country. I've heard this from Democratic leaders, I remember Al Gore saying it, they say it all the time, that the Constitution is, you know, designed by slaveowners and it regards blacks as three-fifths of a human being. Well actually the word black, white, male, female those words do not exist in the Constitution. The whole identity politics is anti-Constitution.

Horowitz's beef is that the South wanted to treat slaves as full human beings for population purposes so they would "count" towards congressional representation. The North, however, insisted on curtailing a more powerful South by counting slaves as three-fifths of a human. Of course, Horowitz ignores the fundamental fact that slavery was a barbaric Southern system, initially tolerated by the North and protected by the founding fathers in the U.S. Constitution who prioritized preserving the nation over treating people of color like human beings.

I have sat through many ALEC conferences. At times I have wanted to scream, tear my hair out, stomp away, or run away. I don't hide who I am, but I don't announce it with a megaphone. I am quiet. I am respectful. I am there to observe. I am there to plan the resistance to the harmful ALEC agenda that has swept, and continues to sweep, into my state and our country and erode our democracy. But at this moment, I couldn't write about it, tweet about it, Facebook about it, and then sit there in it. I rose to the microphone and waited my turn. To my objection to the "big fat pig" comment, Horowitz replied "She is a big fat pig." To my objection to Horowitz commending the South for wanting to treat slaves as full humans while perpetuating the barbaric institution of slavery, I was told by the panel moderator and COS director I had simply "misunderstood."

ALEC is moving into dangerous territory. Despite the formidable infrastructure they have built over 45 years, their control of 33 state legislatures and their hordes of corporate cash that perpetually grease their wheels, the organization seems to be increasingly in disarray and in an identity crisis. While simultaneously distancing themselves from the chaos and corruption of President Trump, the reality is that they need him, and his hate-mongering, to further the foundation of their right-wing agenda--gutting the ACA and federal conservation standards, repealing workers' rights, pushing down wages and privatizing public education.

And so the Horowitz's of the world, who ALEC at least publicly has kept at a distance during my tenure, are now becoming part of the ALEC universe. Are ALEC supporters, including their corporate funders, willing to embrace this hate-mongering to continue to advance their corporate agenda?

Read more on ALEC's agenda in NOLA and the bills being debated, here.

Correction: Secretary of Transportation Elaine Chao's last name was misspelled in the original article. Also, the title of the Alternet article, "10 of America's Most Dangerous Hatemongers" was added for clarity by the author.

9-13-2018 UPDATE: After the publication of Rep. Chris Taylor's piece "ALEC in Disarray," David Horowitz threatened to sue Rep. Taylor and the Center for Media and Democracy (CMD). Our lawyer's response to his frivolous complaint is here. About the same time, 78 good government and civil rights groups called upon ALEC companies to reject Horowitz's inflammatory remarks and stop funding ALEC. Under pressure, ALEC issued a statement distancing themselves from Horowitz and announcing they would be taking down the video of one of his speeches at the 2018 ALEC Conference in New Orleans. To preserve the historical record, CMD has captured this speech and it can be accessed here.

Your claim that he is a hate-monger is simply wrong. To claim that his comments about O'Donnell are sexist, is in and of itself offensive and misleading. Just because O'Donnell is a woman, doesn't mean that any negative comment about her is due to her gender. In fact, the only person in the room who lumped all women into a single category was you. By claiming that one comment about a single woman degrades all women is extremely offensive. O'Donnell does not represent every women in American and nor should she. Women are extremely diverse and strong in their own ways and to reduce us to a single umbrella is simply sexist. A negative comment about O'Donnell is not a negative comment about all woman ever. I am a young female student who was in attendance at the event and I witnessed your rude behavior there. It was you who was extremely inappropriate and owe both David Horowitz and the other attendees an apology.
...you were cool with David Horowitz referring to O'Donnell as a "fat pig," and then repeating that she was a "fat pig"...? https://twitter.com/ChrisTaylorWI/status/1027964131297710080 https://twitter.com/jamileslartey/status/1027953992129806336?s=21 Alas, the bleeding heart liberals at Verizon, AT&T, Dow Chemical, and Honeywell disagreed with you: https://theintercept.com/2018/11/29/alec-corporate-funders-charles-koch/