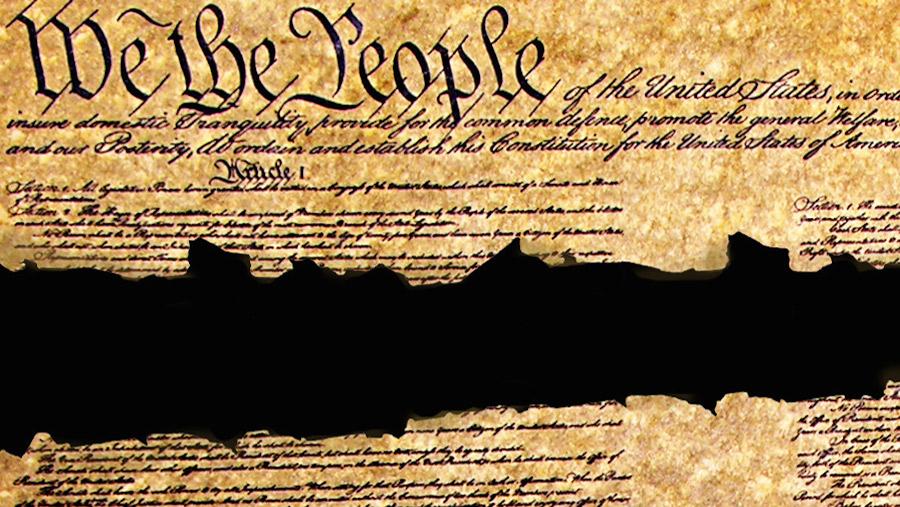 Now that GOP state legislators have control over 32 state legislatures (both chambers), thanks in large part to partisan gerrymandering, some extremists are preparing to use their clout to gerrymander the U.S. Senate.

This week in Denver, July 19-21, the American Legislative Exchange Council (ALEC) will welcome Republican state legislators and its corporate funders, including Koch Industries, ExxonMobil, K12 Inc., Peabody Energy, and PhRMA, to vote on corporate legislative priorities and create cookie cutter "model" bills in task force meetings that are still closed to the press.

On the agenda for debate and discussion? A model bill to repeal the 17th Amendment, which established the popular election of United States Senators in 1913.

Previously, U.S. Senators were selected by state legislatures and political party bosses beholden to powerful industries. The corruption scandals erupting from the wheeling and dealing fueled some of the great muckraking investigative journalism of the early 20th Century. In 1912, progressive Republican U.S. Senator Robert "Fighting Bob" La Follette campaigned for the popular election of U.S. Senators as a means of cracking down on political corruption and corporate control of the democracy. Reformers introduced direct primary elections, ballot initiatives, and recall votes, in the same time period.

Now right-wing extremists want to roll back the clock to enable Republican state houses and Republican governors to hijack at least 10 U.S. Senate Seats held by Democrats in Republican trifecta states, and force an ever more extreme agenda through Congress.

The "Draft Resolution Recommending Constitutional Amendment Restoring Election Of U.S. Senators To The Legislatures Of The Sovereign States" is scheduled to be debated by ALEC's Federalism and International Relations Task Force in Denver.

The resolution reads in part:

Section 1. The seventeenth article of amendment to the Constitution of the United States is hereby repealed.

Section 2. Senators shall be elected exclusively by the State legislature, upon a majority vote of legislators present and voting in a joint session. If a vacancy shall exist for more than one hundred-eighty days, then the Governor shall appoint the Senator to serve the remainder of the vacant term. This procedure may not be modified by state initiative or referendum.

One only needs to examine the electoral map to understand why ALEC is pushing for a repeal of the 17th Amendment now.

With the majority of states under GOP control, Republicans could snatch some 17 U.S. Senate seats from Democrats if the state legislatures are given the right to pick Senators.

ALEC politicians know that their extreme agenda of rolling back renewables, busting unions, and privatizing schools is not popular with the American public and doesn't fly at the ballot box. No state, for instance, has approved school vouchers via the ballot box, education expert Diane Ravitch tell us.

It is not easy to pass a Constitutional Amendment or repeal one. Only Utah has passed a resolution urging the repeal of the 17th Amendment. But a repeal would give the GOP a supermajority in the U.S. Senate and a greatly enhanced ability to advance extremist policies.

This bill should be seen as the latest in a long line of ALEC bills to rig the system and rein in popular democracy. ALEC had a model resolution supporting the electoral college; ALEC wanted to limit ballot initiatives and referendums put on the ballot by voters; ALEC stood behind the U.S. Supreme Court's Citizen's United decision, and ALEC wanted to stomp on traditionally Democratic voters with voter ID requirements and more.

In 2012, the Center for Media and Democracy revealed that ALEC was involved in the Red Map redistricting effort, based on emails obtained through open records requests to Wisconsin Senate Majority Leader Scott Fitzgerald. ALEC had pushed redistricting approaches spearheaded by the former lawyer for the national Republican Party, Mark Braden, and hosted a special conference call with that partisan lawyer to advise ALEC legislators on redistricting. The result? Wisconsin's maps were so egregiously gerrymandered to lock down GOP control of seats that a landmark case challenging the hyper-partisan effort is now pending before the U.S. Supreme Court.

ALEC has debated the repeal of the 17th Amendment before at the 2013 States and Nation Policy Summit. In the "Equal State's Enfranchisement Act (ESEA)," ALEC required State Legislatures to choose a candidate for U.S. Senator that will be placed on the ballot alongside other candidates for the general public to vote on. The Act did not call for a repeal of the 17th Amendment, but gave a leg up to a favored candidate. That draft did not become a model bill.

This latest iteration, is a virtual copy of a bill on the site of a group called the Equal Justice Coalition, a small 501(c)3 nonprofit based out of Long Beach, California run by a retired real estate developer: J. Jay Feinberg. IRS filings for the group show that it was founded in 2015 and did not report revenue until 2016 when it stated receiving $46,000.

Feinberg held a workshop on EJC's repeal of the 17th Amendment that included John C. Eastman, Founding Director of the Claremont Institute's Center for Constitutional Jurisprudence and Trent England, Executive VP of the Oklahoma Council of Public Affairs at ALEC's States and Nation Policy Meeting in Washington, D.C in November 2016. Earlier, the trio held a "telepanel" on the subject hosted on the Claremont Institute's site. (View the slideshow here.)

In the Claremont panel and the ALEC workshop, Feinberg, Eastman, and England argue that the power and sovereignty of the states has been eroded by direct election of the Senate and that the costs of U.S. Senate elections have spun out of control.

Although the trio appears to quote a MapLight analysis stating that it now costs $10.5 million to win a U.S. Senate seat on average, they fail to note that MapLight President Daniel Newman attributes the high cost to the 2010 U.S. Supreme Court decision Citizens United v. FEC, which opened the door to an unlimited flow of corporate money into campaigns and elections.

Perhaps the Equal Justice Coalition should be promoting a Constitutional Amendment to roll back Citizens United instead.

Stay tuned and follow @ALECexposed for updates on ALEC.