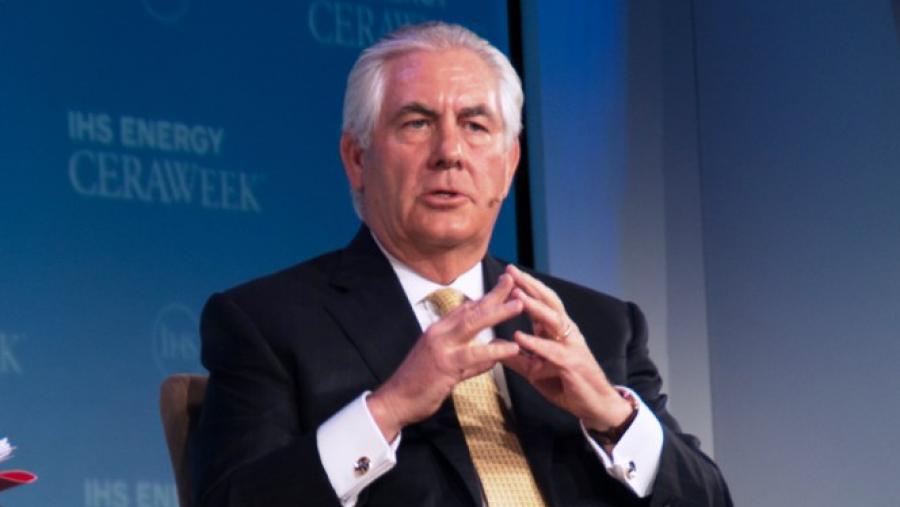 Written Statement of Lisa Graves on Behalf of the Center for Media and Democracy Submitted to the U.S. Senate Committee on Foreign Relations

Hearing on the Nomination of Rex Tillerson to Be U.S. Secretary of State.

The Center for Media and Democracy (CMD) would like to bring your attention a matter of serious concern regarding the nomination of ExxonMobil CEO Rex Tillerson to be U.S. Secretary of State. We would also respectfully request that this letter be included in the hearing record on his nomination, which we oppose.

For more than a decade under Mr. Tillerson's tenure, Exxon has poured millions of dollars into nonprofit organizations in order to undermine public confidence in climate science and promote its anti-regulatory agenda.

In the case of the American Legislative Exchange Council (ALEC), we believe that course of action was illegal.

On October 15, 2016, CMD and Common Cause filed a detailed account of the scheme with the Internal Revenue Service's Whistleblower Office, backed up by more than 240 exhibits. The submission and all of the supporting documentation can be found at https://www.exposedbycmd.org/2016/10/06/exxon-alec-running-illegal-lobbying-scheme-irs-complaint/.

Between 1998 and 2014, Exxon and its foundation spent more than $1.7 million to finance lobbying activity by ALEC on legislation and public policies that benefit the corporation, while likely improperly and illegally claiming a tax deduction for those expenditures. More than $1 million of that money was given to ALEC while Mr. Tillerson was President and then CEO of Exxon.

Exxon's collusion with ALEC resulted in the coordinated introduction of scores of bills in state houses across the country, which ALEC promoted and carefully tracked. ALEC boasted of its efforts to win passage of that legislation in press releases and statements to its members. Meanwhile, ALEC fraudulently claimed on its tax returns it spent $0 on lobbying.

Exxon was not a passive participant in this arrangement. For most, if not all, of that period, Exxon paid substantial sums to serve in a leadership capacity at ALEC, both on the group's corporate board and on its energy-related issue task forces, where corporations promote "model" legislation for legislative members to push into law. In that capacity, Exxon and other fossil fuel companies held de facto veto power over what bills would or would not be promoted by ALEC. That activity constituted a gross violation of federal tax laws by Exxon.

At the center of Exxon's efforts was a 1998 "Global Climate Science Communications Action Plan" developed by Exxon and other oil companies to "inform the American public that science does not support the precipitous actions [the] Kyoto [climate treaty] would dictate." The plan envisioned spending $5 million over two years to "inform and educate members of Congress, state officials, industry leadership, and school teachers/students about the uncertainties in climate science."

Ultimately, Exxon ended up spending at least $30.9 million to support climate denial groups between 1998 and 2014. More than $18 million of that climate-denial cash was spent after Mr. Tillerson became Exxon's President and then CEO.

Exxon also used ALEC to promote its corporate legislative agenda concerning regulation of greenhouse gas emissions, fracking, and the Keystone Pipeline. For example, as detailed in the New York Times, Exxon drafted and introduced a fracking bill that was adopted by ALEC and then introduced in at least six states.

By intentionally using a 501(c)(3) charity to promote its legislative agenda, instead of a 501(c)(6) trade association, Exxon benefited from the arms-length appearance of neutrality the charity provided, and likely claimed the full amount of funding as a tax deduction. Comparable payments to a trade association would not be tax-exempt.

In light of those facts, CMD and Common Cause urged the IRS to expedite its open and active investigation into potential civil and criminal liability for both ALEC and Exxon, to revoke ALEC's 501(c)(3) status, to impose any necessary civil and criminal penalties, and to collect unpaid back and present taxes for nondeductible lobbying activities from both ALEC and its corporate donors, including Exxon.

Eric Havian, a prominent whistleblower lawyer at Constantine Cannon who is handling the case concluded, "It is corrupt to use the tax laws as a cover for corporate lobbying, but it's even worse in this case. Exxon uses ALEC's charitable status to fuel its disinformation campaign on climate change, so taxpayers are literally paying Exxon to lie to them."

Mr. Tillerson's apparent willingness to illicitly use nonprofit organizations to sway public and political opinion on climate science and promote his lobbying agenda is very troubling.

Notably, Exxon's use of ALEC to advance disinformation on climate change and to obstruct efforts to mitigate climate change behind the scenes occurred while Exxon was conveying to its shareholders that it was working to address climate change That matter is under investigation the Attorneys General of New York and California. The Committee should not consider giving Mr. Tillerson the role of top U.S. diplomat until those legal investigations are completed and if they exonerate Exxon of wrongdoing under Mr. Tillerson's watch.

There are many very strong reasons to oppose Mr. Tillerson's confirmation. The deception Exxon executed through ALEC is one of them. Thank you for considering our views.