Black Lives, Blue Lives, and the Fight Over Criminal Justice in America 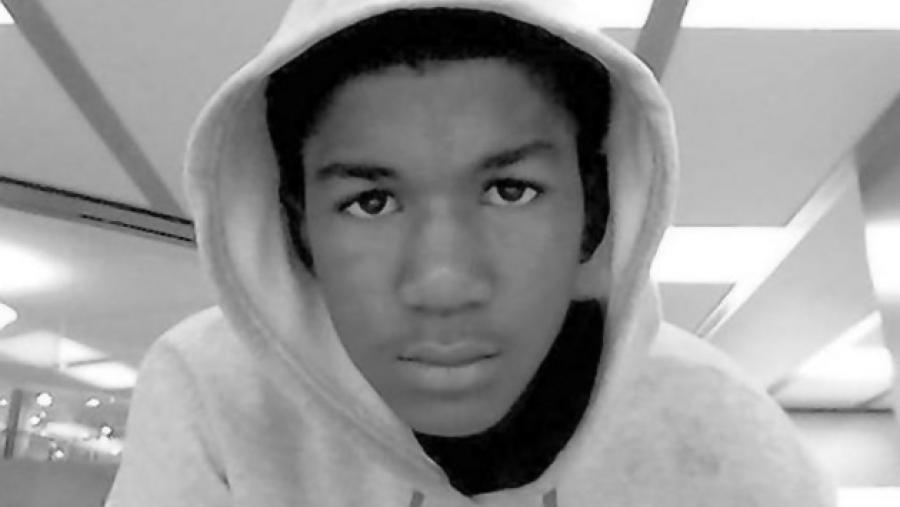 PHILADELPHIA -- Two people from Milwaukee took to the national stage at the Republican National Convention (RNC) and the Democratic National Convention (DNC) to present two very different perspectives on one of the most divisive issues of our time, the shootings of unarmed African Americans by police and civilians.

The conventions took place against a backdrop of traumatic news stories. The shooting death of Philando Castile and its dramatic aftermath, live-streamed on Facebook by his girlfriend, sparked national protests. At one protest in Dallas, Texas, five police officers were shot and killed by an African American military veteran who had served in Afghanistan. This was followed by the shootings of police in Baton Rouge. The very next week, Charles Kinsey, an African American caregiver for an autistic adult, was shot by police while he was on the ground with his arms raised.

While the terrible events and constant media churn left many wondering if the nation was coming apart at the seams, some fanned the flames of division.

Milwaukee County Sheriff David Clarke, an African American and right-wing commenter for Fox News, who has blamed several of the victims of police killings, took to the floor in full dress uniform: "Ladies and Gentlemen, I would like to make something very clear: Blue Lives Matter!"

The message was echoed by Donald Trump days later. Trump declared himself the nation's "law and order candidate" and stated: "I have a message to every last person threatening the peace on our streets and the safety of our police: when I take the oath of office next year, I will restore law and order to our country!"

The victims of police violence were not mentioned on the RNC stage. This, in a city where 12-year-old Tamir Rice was shot and killed in an incident that resulted in the U.S. Department of Justice putting the Cleveland police under a consent decree. The Cleveland police, the Secret Service, and 7,000 other officers imported from multiple states, turned Cleveland's Quicken Arena into an armed fortress, made more complicated by the fact that Ohio is an open carry state. The minor protests that did break out were instantly suppressed.

In the City of Brotherly Love, SEPTA Transit security were far more prevalent than city police or Secret Service.

On Tuesday, the DNC chose a different path, featuring mothers who have lost children to police or civilian violence or abuse. The mothers of Milwaukee's Dontre Hamilton, Florida's Trayvon Martin, New York's Eric Garner, St. Louis' Michael Brown, and Texas's Sandra Bland walked onto the floor to a standing ovation.

Taking a Different Path, Lifting Up Mothers of the Movement

The mother of Sandra Bland, Geneva Reed-Veal, spoke first. "One year ago we lived the worst nightmare a woman can imagine. I watched as my daughter was lowered into a coffin, on permanent leave from this earth. She was found hanging in a jail cell after an unlawful traffic stop and an unlawful arrest. Six other women died in custody that same month," she said, naming each one. "So many of our children are gone, but they are not forgotten."

"You don't stop being a parent when your child dies. I am still Jordan Davis's mother," said Lucia McBath. "His life ended the day he was shot and killed for playing loud music. But my job as his mother didn't. I still wake up every day thinking about how to parent him. How to protect him and his legacy. How to ensure his death doesn't overshadow his life." Jordan Davis, a 17-year-old high school student, was fatally shot by a white man who invoked Florida's "Stand Your Ground" at trial.

"I am an unwilling participant in this movement," said a somber Sybrina Fulton, the mother of murdered teenager Trayvon Martin. "I would not have signed up for this. None of us would have….I did not want this spotlight, but I will do everything can to focus some of this light on a path out of the darkness. Hillary Clinton has the compassion and understanding to support grieving mothers and fight for common sense gun legislation."

In 2012, the killing of Trayvon Martin acutely focused attention on so-called "Stand Your Ground" laws, which give criminal and civil immunity to a person who claims they use deadly force because they allege a reasonable fear of harm. Because of the law, Sanford Police initially declined to arrest the shooter George Zimmerman because they apparently agreed it was "reasonable" to feel threatened after stalking an unarmed African-American teenager returning from a trip to buy Skittles and iced tea.

In 2012, CMD exposed that "Stand Your Ground" was developed by the NRA in Florida and taken to the American Legislative Exchange Council (ALEC) as a "model" bill. From there it spread throughout the nation. After Color of Change, NAACP, and a coalition of groups came together to fight the legislation, ALEC cancelled its criminal justice task force and disavowed its bills. But ALEC has not worked to repeal the laws still on the books.

Milwaukee's Maria Hamilton was also on the stage. On April 30, 2015, Milwaukee police received a call that a man, Dontre Hamilton, was sleeping in Red Arrow Park. Two police checks found Hamilton was doing nothing wrong. Apparently unaware of the previous checks, Officer Christopher Manney woke Hamilton up and tried to pat him down. Hamilton had a history of mental illness and had been treated for schizophrenia, but had no record of violence.

Manney claimed to have felt hard objects in Hamilton's waistband and pocket (though no weapons were later found), and that Hamilton resisted him and seized his baton. Manney shot Hamilton 14 times. Manney was later fired for not following department rules, but prosecutors declined to file charges against him.

Hamilton spoke to CMD about what needed to be done. "Police need to be held accountable for making the decision to kill people. They need to go to court like any other citizen in the United States," said Hamilton. "It is not discipline to put them on paid leave then give them their jobs back," she said.

And the problem is not just a few high-profile names. In battling for justice in his own hometown of Chicago, the Rev. Jessie Jackson Sr. told CMD that Chicago is a "killing field" with some of the highest number of shootings by police in the nation. "If these were white victims it would be front page news," said Jackson.

The major party platforms respond to the push for increased police accountability in dramatically different ways. The Republican Party's platform rejects calls for oversight as "politicized second-guessing" that undermines police. The Democratic Party's platform points in very different direction, with standards geared toward rebuilding the bonds of trust between law enforcement and the communities they serve.

A "unity" amendment to the Democratic National Platform was put forward by former NAACP leader Ben Jealous, representing the Sanders campaign, standing shoulder to shoulder with Ben Crump, the head of the National Bar Association, representing the Clinton's side. At the platform committee meeting in Orlando earlier this month, Crump sported a "Black Lawyers Matter" t-shirt and the two spoke emotionally about the moment the nation was in.

"Last time we were together here in Orlando, we were fighting for justice for Trayvon Benjamin Martin about 40 miles from here," said Crump, who represented the family in their lawsuit against Zimmerman. "And Congresswoman Maxine Waters, the spirit of this goes directly to what happened in your own town in Ferguson, Missouri, when they came in with these weapons of war in our communities, and Cornel West and I were there fighting for the value of another teenager named Michael Brown."

"This amendment is the beginning of the revisiting of a brand new justice system. We don't have a justice system right today. We have a crime and punishment system. One that protects the profits and property of the wealthy and divides and controls the rest of us. It will divide you from your family and your wealth, will divide you from your breath," said another delegate at the platform committee.

The Amendment to the platform reads:

"We will work with police chiefs to invest in training for officers on issues such as de-escalation and the creation of national guidelines for the appropriate use of force. We will encourage better police-community relations, require the use of body cameras, and stop the use of weapons of war that have no place in our communities. We will end racial profiling that targets individuals solely on the basis of race, religion, ethnicity, or national origin, which is un-American and counterproductive.

"We should report national data on policing strategies and provide greater transparency and accountability. We will require the Department of Justice to investigate all questionable or suspicious police-involved shootings, and we will support states and localities who help make those investigations and prosecutions more transparent, including through reforming the grand jury process.

"We will assist states in providing a system of public defense that is adequately resourced and which meets American Bar Association standards. And we will reform the civil asset forfeiture system to protect people and remove perverse incentives for law enforcement to "police for a profit."

Page 16 of the platform is the Criminal Justice section.

Activists Keep the Pressure on Clinton and the Democratic Party

Activists with the Black Lives Matter movement have continually pushed Democratic candidates to address police violence from the first days of the campaign.

In February, an activist confronted Clinton at a fundraiser with a sign quoting a speech from 1996, at the height of the "War on Crime" era. In the speech, Clinton referred to "the kinds of kids that are called 'super-predators,'" a discredited and racist theory about the causes of urban crime that helped justify the mass incarceration of young people of color.

Activists are not taking anything for granted. Hundreds of Black Lives Matter protesters marched in the streets of Philadelphia on Tuesday to keep the pressure on Democratic candidates and the Democratic Party. Their demand for justice in every city and every town could not be more timely. The very next day, in the liberal town of Baltimore, charges were dropped against three officers implicated in Freddie Gray's death; three others had been acquitted earlier.
___________

For further information on Stand Your Ground see CMD’s testimony to the U.S. Senate on the issue, and our previous story, Seven Faces of NRA/ALEC-Approved "Stand Your Ground Law." It was CMD that connected the dots, documenting the role of ALEC in pushing Stand Your Ground as a national model after the NRA got the bill adopted in 2005.