As George Zimmerman's trial for shooting and killing unarmed 17-year-old Trayvon Martin in early 2012 gets underway, the "Stand Your Ground" law that initially kept Zimmerman from being arrested is still the subject of much controversy. Florida's law became the template for an American Legislative Exchange Council (ALEC) "model bill" that has been introduced in dozens of other states. As the Center for Media and Democracy (CMD) has reported, the bill was brought to ALEC by the National Rifle Association (NRA).

Since Florida's "Stand Your Ground" law became effective in 2005, the rate of homicides claimed to be legally "justifiable" in Florida has jumped 300 percent. Below, CMD highlights seven victims of the NRA-conceived bill, which ALEC deemed a "model" way to change the law in all states. ALEC has subsequently tried to distance itself from the controversial measure.

Demetrius ("DT") Antuan Thompson, 21, was near the house of a woman who was reportedly his step-father's ex-girlfriend in Jefferson County, Alabama one morning in May 2013. The woman, whose name was not released, was walking her dog and saw someone run by her home -- it may or may not have been Thompson -- and went inside to get a gun. She told police later that she was concerned because her boyfriend had been robbed recently. She walked back outside, and saw a man walk towards her that she says she did not recognize. She told police that she told him to stop, and that she was armed, but he continued to approach. She fired, and Thompson died at the end of her driveway.

The Jefferson County District Attorney's Office ruled that the unnamed woman had acted in self defense and that killing Thompson was justifiable under the state's "Stand Your Ground" law. "I wished we knew what his intent was and why he didn't stop, but those are questions that will go unanswered," Chief Deputy Randy Christian told Alabama.com. According to Think Progress, "Unfortunately, little else is known about the case, and likely never will be now that the inquiry has ended with the state's Stand Your Ground law."

Daniel Adkins, Jr., 29, was the only son of Daniel and Antonia Adkins of Phoenix. He was mentally disabled and lived with his parents. One night in April 2012, on his usual evening walk with the family dog, he stepped in front of a car in a Taco Bell drive-thru.

The driver, Cordell Jude, 22, claims he mistook the bright green dog leash in Adkins' upraised hand for a bat or a pipe, according to the police report. Jude, who carried a Smith and Wesson .40-caliber handgun at his hip, shot him once in the torso and killed him. He stayed at the scene afterwards because Adkins' dog was still attached by the leash, and was apparently in the way of the car. But police did not arrest Jude.

John Roman, a fellow with the Justice Policy Center at the Urban Institute, called the shooting a prime example of the trouble with "Stand Your Ground," which Arizona made law in 2006, with the NRA's support. He told USA Today that, because of the law, police can't arrest the shooter and question him in detail, even though the police report recommended second-degree murder charges against Jude.

Bo Morrison was a 20 year-old graduate of Milwaukee Area Technical College who worked at a local home improvement store, according to his family. According to the Milwaukee Journal Sentinel and the report of the Washington County District Attorney, on the early morning of March 3, 2012, Morrison was at a party with about 20 other young people in a detached garage adjacent to a house in the village of Slinger, Wisconsin.

A next door neighbor, Mark Kind, was awoken by loud music playing inside a car parked in the driveway adjacent to the garage, had a verbal confrontation with those inside the car, and went back inside to call the police. The police arrived, but were unable to gain entry to the garage, and withdrew to wait nearby. An adult, who had been asleep in the house, emerged from the house about an hour after the initial disturbance and forced entry to the garage, telling the young people that the police had the garage surrounded.

Several people, including Morrison, ran from the garage. Morrison, who had been drinking and had a blood alcohol content of .19, was under a bail bond condition of sobriety. He ended up on Kind's back porch, where friends said he had gone to hide from police. Kind heard noise on the porch and, despite knowing that police were less than 300 feet away, chose to get a gun and investigate. The Milwaukee Journal Sentinel reports, "When police arrived, they found Morrison still crouched between the dresser and refrigerator, but found a bullet hole in the wall 49 inches from the floor. Morrison had been shot through the heart and lung."

District Attorney Mark Bensen said in his report, "Various individuals made poor decisions that night which contributed to the sequence of events which ultimately resulted in the shooting death of Mr. Morrison." Bensen concluded that Kind shot Morrison in self defense and that Wisconsin's new "Castle Doctrine" law, which included key elements of the ALEC/NRA model bill and was signed by Wisconsin governor Scott Walker in December 2011, applied.

Brandon Zeth was 24 years old, a mechanic and outdoorsman in Altoona, Pennsylvania. In early 2012, he was inebriated and tried to return to his girlfriend's house late at night, but accidentally ended up on the back porch of the nearly identical house next door, pounding on the window of a stranger rather than his girlfriend, according to WTAJ News.

The homeowner Timothy Lepore, who is in his early sixties, reportedly shot him five times, twice in the arms and three times in the chest, with a 22 caliber gun. Police report there is no evidence that Zeth tried to break in to the house.

"We don't know if he is going to live or if he is going to die, just because this man shot him outside on his porch," Zeth's father Don told WTAJ News, who said he wanted everyone to see, "what he did to that boy for being at the wrong place at the wrong time." Zeth later died of complications from the gun shot wounds after spending a month at a Pittsburgh hospital, according to the Associated Press.

Lepore's attorney, Steve Passarello, told WTAJ News that "his client was legally in the right to shoot him to keep him out of his home according to the new Castle Doctrine." The Blair County District Attorney's office announced June 13 that it will not press charges against Lepore because "it is legally prohibited" from doing so by the "current State of Pennsylvania law," even though Lepore's actions were "regrettable." 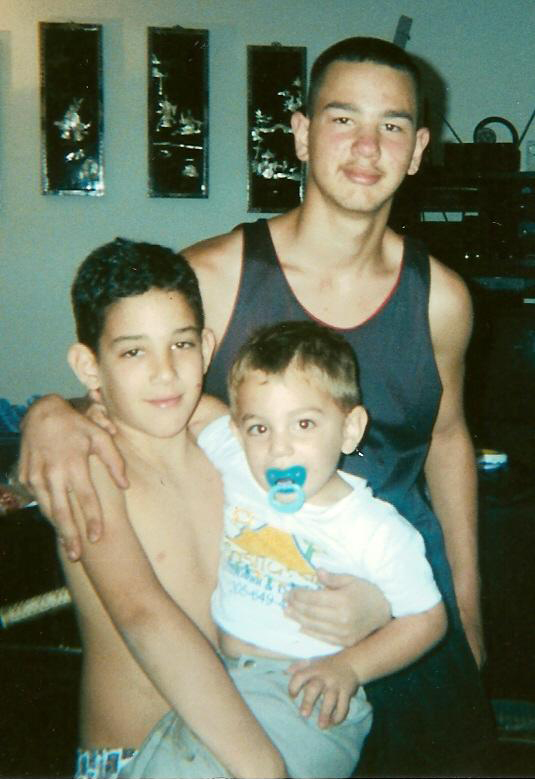 Pedro Roteta was 26 years old, a young barber who loved his nephews. But in early 2012, he tried to steal a radio out of Greyston Garcia's truck in Miami, Florida. Garcia's roommate alerted him to the attempted theft, and according to the Miami Herald, he grabbed a large knife and ran outside towards Roteta.

Roteta ran, and Garcia chased him for more than a block, according to the Huffington Post. He then stabbed him in the back, killing him.

Miami police sergeant Ervens Ford, who supervised the case, called the law and the decision a "travesty of justice" and said to the Miami Herald, "How can it be Stand Your Ground? It's on [surveillance] video! You can see him stabbing the victim..."

Roteta was unarmed, except for a pocketknife that remained unopened in his pocket. Garcia admitted to homicide detectives that he attacked Roteta even though "he actually never saw a weapon." 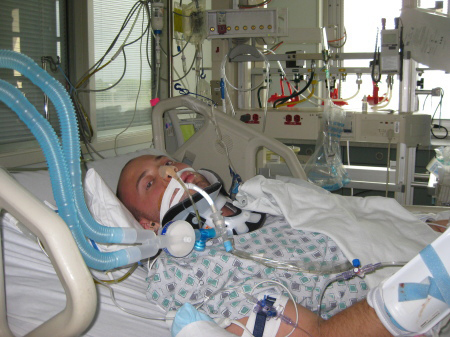 Billy Kuch was 23 years old in 2009. His parents say he was bipolar and had a drinking problem. One night, he stumbled to the front door of the wrong house in a neighborhood of identical houses in Land O'Lakes, Florida.

According to the Tampa Tribune, the homeowner, Gregory Stewart, "opened the door and told Kuch to leave, then went outside and searched the area to make sure he did. Kuch returned later and again tried to open the front door. This time, Stewart grabbed his .40-caliber semiautomatic handgun and told his wife to call 911." But Kuch "had an unlit cigarette in one hand and a shirt in the other. He wanted to borrow a lighter."

Kuch put his hands up in the air, palms facing forward. According to the Tribune, "He was mumbling incoherently and swaying. But he took a few steps toward Stewart before Stewart fired one shot."

According to the Times, "The bullet ripped into Kuch's chest, nicked his heart, shot through his liver, in and out of his stomach, through his spleen, then out his back. He felt like his body was on fire." He was hospitalized in an intensive care unit for more than a month, spending much of that time in a coma, but he survived.

Stewart was originally charged with aggravated battery, but two months after the incident, the State Attorney's Office decided the shooting was "justified" by Florida's "Stand Your Ground" law. 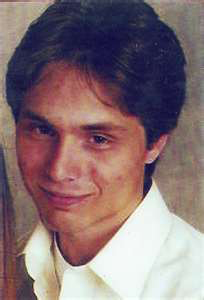 Christopher Cote was 19 years old in 2006 when his family moved to a neighborhood in West Palm Beach, Florida. In the early hours of September 17, 2006, according to the Florida Sun Sentinel, Cote confronted his neighbor, Jose Tapanes, over whether or not Cote was walking his dog on Tapanes' property.

The two had apparently argued earlier in the day, and according to the Palm Beach Post, Cote had thrown a beer bottle at Tapanes that night.

Tapanes shot Cote with his shotgun. According to Assistant State Attorney Andrew Slater, the first bullet grazed Cote's abdomen, and he was incapacitated, but Tapanes still shot a second time. "Cote is stumbling. He is no longer a danger, and the defendant can see what is going on," Slater said. "Why fire a second time?"

Cote died in his mother's arms. Due to a mistrial, Tapanes was tried twice for first degree murder. He was convicted of manslaughter the first time, and faced 15 years in prison. At the second trial, however, he was acquitted under Florida's "Stand Your Ground" law.

ALEC Attempts to Distance Itself from Controversial Law

The controversy generated by "Stand Your Ground" policies in the wake of the tragic death of Trayvon Martin led ALEC to disband the Public Safety and Elections Task Force that had approved the bill and disavow its past gun bills. But these ALEC bills became law in states across the country, and until they are repealed by state legislatures, their ALEC roots are still a significant part of the story.

This article was first published on March 29, 2012, and has been updated to reflect new information.