Policy Matters, but RNC Has Little to Say to Cleveland | PR Watch

Policy Matters, but RNC Has Little to Say to Cleveland 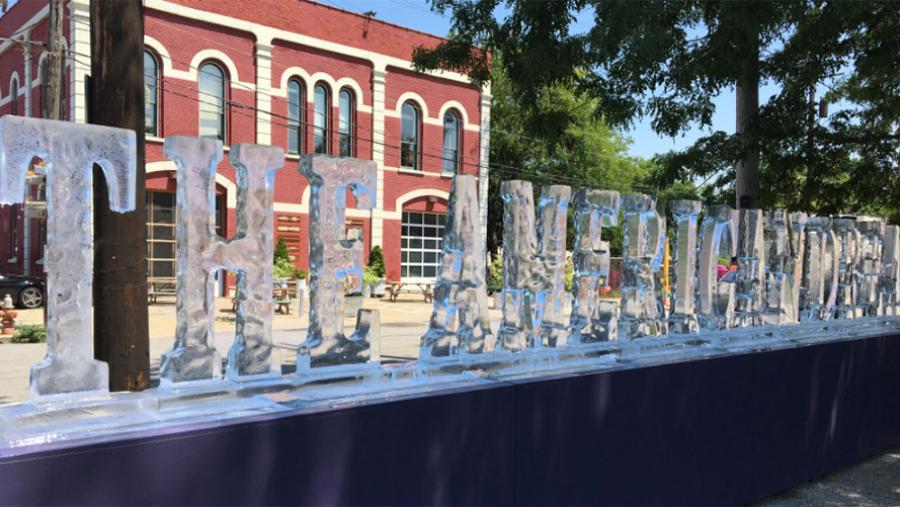 CLEVELAND -- There is little commingling between Clevelanders and delegates at this week's Republican National Convention (RNC).

An army of imported police from around the nation works hard to keep protesters and delegates separate and actual residents of Cleveland are thin on the ground inside the security perimeter. Even though delegates have taken over every hotel in the city, they are whisked to the Quicken Arena in white buses, even if their hotel is only a few blocks away.

Their standard bearer, Donald Trump, is not even staying in Cleveland. He has been flying home to New York each night to get some rest.

If delegates took a walk past the enormous security perimeter into the heart of the city, they would encounter a region whose median household income is a devastating $26,000 and where the percentage of folks living in real poverty approaches 40 percent. For too many, the American Dream is simply out of reach.

"Make America Work Again" was the theme of the day at the RNC on Tuesday. But delegates had few answers for a city struggling with too few jobs and skyrocketing poverty.

"Government cannot create prosperity," declares the Republican Party Platform, absolving candidates and delegates from any responsibility. "Prosperity is the product of self-discipline, enterprise, saving and investment by individuals," it continues, pointing the finger at people, not policies.

The platform would replace a federal minimum wage floor with wages set by states and localities. It is chock full of rhetoric about lower taxes, less regulation, and dismantling unions. It embraces a federal balanced budget amendment, which would cripple programs like Social Security and Medicare, and would prevent investment in communities and jobs.

What kind of federal policy would help this beleaguered city?

In search of some answers, the Center for Media and Democracy sat down with Amy Hanauer, the executive director of Policy Matters Ohio, a nonprofit advocacy organization that strives to create a more equitable Ohio through research, coalition building, and public policy. Policy Matters also publishes an annual report charting the challenges facing Ohio and its citizens called State of Working Ohio.

CMD: What do the RNC delegates need to know about the State of Working Ohio and Cleveland specifically?

Hanauer: "They should know that the city is full of awesome people who want to work hard and raise their kids, but many are struggling because the jobs they used to have are no longer around or their compensation has stagnated or gone away. But there is a huge amount of talent here and a huge amount of energy and desire to be part of our economy.

"There is a lot that federal policy could do that would be more helpful to cities like Cleveland than some of the issues I have seen elevated.

CMD: Cleveland has one of the highest child poverty rates in the nation. What can the federal government do about that?

Hanauer: "We need the same type of investment with early childhood education. We could employ an army of workers to educate our kids and get them ready for school. Our kids would enter school more ready to learn, making them need less remedial education, making them more likely to graduate, more likely to go to college, less likely to end up incarcerated. There's no better time than now to do this kind of investment since our interest rates are so low."

CMD: The biggest economic intervention in the RNC platform seems to be tax cuts, specifically corporate tax cuts. Does that help?

Hanauer: "Ohio has had a real tax cutting agenda. We have been cutting taxes since 2005 and every quarter we have lower job growth (or faster job loss) than the nation as a whole.

"We now have fewer jobs than we had in 2005, despite population growth, so we don't have enough employment in this state.

"Secondly, wages have completely stagnated. Most Ohioans are earning less than comparable workers in 1979, and we have seen the racial wage gap grow over that same time period. And so for a place like Ohio, we have to look how the public and private sectors can work together to build a new jobs economy that takes care of the things that our communities really need and positions businesses a lot better with better prepared workers and better infrastructure. But we need federal help to get it done."

But the RNC platform works against cities like Cleveland. On the issue of transportation, the platform complains that a portion of the highway trust fund is spent on improving mass transit, "an inherently local affair that  serves only a small portion of the population, concentrated in six big cities." Child care is not even mentioned in the platform. Instead, education privatization is the GOP cure for struggling kids.

The platform does innovate in the area of trade. In a hat tip to their standard bearer, who has been consistently skeptical of free trade deals, the platform calls for "better negotiated trade agreements that put America first," an end to Chinese currency manipulation, and the establishment of trade agreements with friendly democracies. These are important new developments in the party platform.

"Better trade deals would help this region," says Hanauer. "We have lost a lot of jobs to trade and other factors, but there is still a ton of manufacturing in this region and a highly skilled manufacturing workforce. We need to create conditions to grow more jobs, and better trade policies is one of the things that would help."

Hopefully a few RNC delegates will brave the barriers between Cleveland and the Quicken Loans Arena to learn more.

Photos were taken at a discussion and art exhibit sponsored by the City Club of Cleveland, "The American Dream: A Symposium at the Intersection of Art and Politics," in Hingetown.