Photo Finish in Iowa Is a Victory for Sanders | PR Watch

Photo Finish in Iowa Is a Victory for Sanders 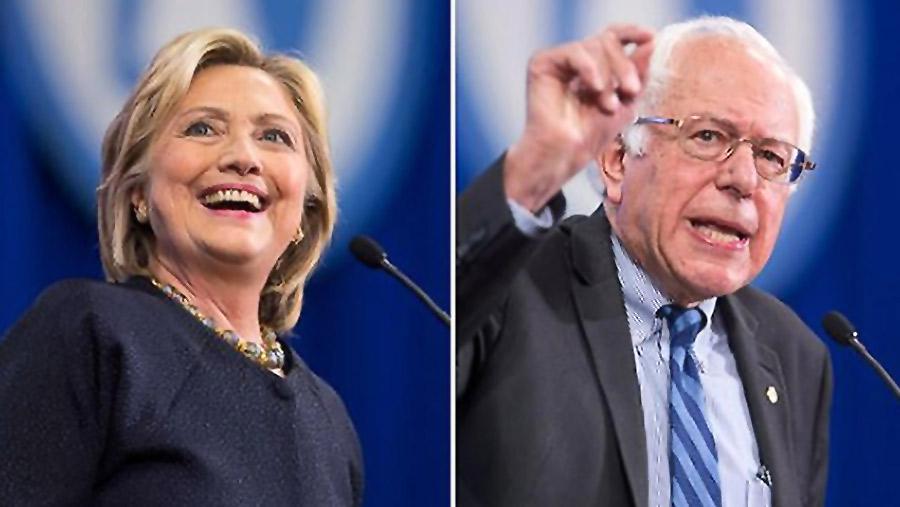 With only one precinct out, the Iowa caucuses are over and it is a photo finish.

At the start of the night, former Secretary of State Hillary Clinton held a comfortable lead, but as more votes came in from caucuses jammed with first-time caucus-goers the needle started to swing to U.S. Senator Bernie Sanders, who succeeded in turning his electric rallies into a political force to be reckoned with.

While Clinton quickly claimed victory, the close finish is reminiscent of her 2008 loss to insurgent candidate Barack Obama. Sanders is also claiming victory, having come from 40 points behind the "inevitable" Clinton to a "Dead Heat" as the Des Moines Register dubbed it.

The race was so close—with Clinton at 669 delegates and Sanders at 665 on the morning of February 2—that coin tosses decided delegates in six precincts, each one going to Hillary.

"We astounded the world," said Sanders when his plane landed in New Hampshire late last night, "and now in New Hampshire we will astound the world again." Sanders leads Clinton 61 to 30 percent according to a new UMass-Lowell survey.

At Happy's Place bar in Dubuque, it was all business as volunteers quickly registered 219 attendees at the caucus. Everything was amicable with attendees each contributing a few dollars to the common coffer. "It's like church," said a precinct official. "We are all Democrats."

With attendees leaning slightly toward Clinton, there was no debate and the crowd quickly calculated 5 delegates for Clinton and 4 for Sanders. Team O'Malley did not make the threshold for delegates and the few undecided split their votes.

Marla Cruz had been working for Clinton since April. "It's time for a woman to be president, we need another slant on what issues are important to this country." How will she feel later tonight if Hillary prevails? "Ecstatic."

Grace Maddux looked to be the youngest voter in the room. She was a first-time caucus-goer who "really like Sanders' ideas." Grace was in high school and hoping to go to college soon, so Sanders' bold plans to tax Wall Street to pay for college education caught her attention.

Her parents were caucusing for Clinton across the room.

It's Not Just Sanders Embracing the Anti-Establishment Mantle

With the New Hampshire primary just one week away and Sanders well ahead in the polls, Sanders took to the stage last night to declare that his people-powered small donor campaign is "sending a message to the political establishment, the economic establishment and the media establishment. And that is given the enormous crises facing our country, it is too late for establishment politics and establishment economics."

And Sanders stressed what may be his greatest strength, a small donor campaign finance system of 3.2 million people giving an average of $27 dollars each.

"What the American people have said is that we can no longer continue to have a corrupt campaign finance system. We do not represent the interest of the business class, or Wall Street or corporate America, we don't want their money."

In her victory speech, Clinton took to the stage to declare herself to be "a progressive…who gets things done."

Clinton said she was "honored to stand in the long line of American reformers who make up our minds that the status quo is not good enough. That standing still is not an option."

On the GOP side with 11 candidates in the running, roughly 182,000 Republican caucus-goers turned out, breaking the record of 122,000 set in 2012. About four in 10 Iowans said they were caucusing for the first time.

After a last-minute surge for Trump in the polling, and a nasty exchange of insults in the final week, Ted Cruz won handily with 27 percent to Trump's 24 percent and Rubio's 23 percent.

Trump drew big crowds, but when CMD spoke to people in the audience at his final rally in Cedar Rapids, many were caucusing for other candidates, especially Cruz and Rubio.

Liesa Greco was at the Trump rally in Cedar Rapids with her two boys, 14 and 11. She told CMD that she had seen almost all the GOP candidates, and she made up her mind over the weekend after seeing Cruz. She was struck when he said told the crowd, "This is not about me. I am just here to represent the Constitution and the Bible."

Signaling a theme for the road ahead, Cruz added, "on the Democratic side there is a virtual tie between one candidate who admits he is a socialist and another candidate who pretends she is not."

Both Clinton and Cruz are relying on big money donors giving millions to the multiple SuperPACs affiliated with their campaigns including, "Priorities USA" for Clinton and "Keep the Promise" for Cruz. As of the last reporting period, Cruz' campaign has raised $47 million and his allied Super PACs have raised $41.9 million. Clinton's campaign has raised $114 million and her Super PACs have raised $26.3 million. Sanders, on the other hand, had raised $75 million from 1.3 million people making small donations.

It has yet to be seen if that money will budge the numbers in New Hampshire, whose primary is only one week away.