DuPont Rakes in Federal Dollars Despite History of Hazards 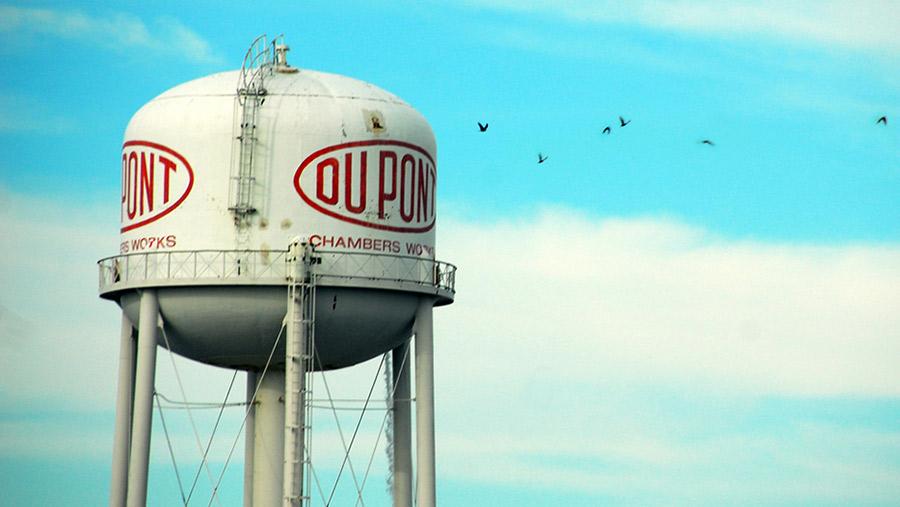 Four workers were tragically killed when an insecticide leaked into a building at DuPont's LaPorte, Texas plant in November 2014. After two workers were overcome by toxic fumes, another responded to a distress call and was overwhelmed. His brother, too, died attempting to aid the fallen. Three others were injured.

OSHA officials blasted DuPont in the strongest terms, stating those who died "would be alive today, had their employer taken steps to protect them." Yet, just months later, the same plant was cited by OSHA for even more safety violations. Now, DuPont—which with its subsidiaries has held multiple federal contracts over recent years totaling millions of dollars—is part of a corporate coalition trying to block rules that would ensure federal contractors abide by health, safety, and labor laws.

President Obama's Fair Pay and Safe Workplaces Executive Order aims to protect hard-working Americans by requiring companies with an ongoing history of violating safety and labor standards to clean up their acts and comply with federal health and safety laws before being rewarded with taxpayer dollars. DuPont and its subsidiaries, whose history of OSHA violations as of January 2016 includes dozens of "Serious" citations, multiple "Repeat" and "Willful" citations, and more than $500,000 in penalties since 2013, are exhibiting exactly the type of behavior the new rules were created to discourage.

With millions in federal contracts at stake, federal contractors have pushed back hard against the new rules through little-known trade organizations like the Human Resources Policy Association (HRPA), which has attacked the executive order in congressional testimony, media statements, and lobbying efforts. A DuPont executive sits on HRPA's board of directors.

HRPA complains that holding regular OSHA violators to account is an effort to "create a black list" and "intimidate companies." The organization also claims that the rules "seek to solve a problem that does not exist" as its member companies "have a long standing commitment to complying with all federal and state employment and labor laws."

But as the records of DuPont and its subsidiaries show, pervasive safety problems with federal contractors are all too real.

On November 15,2014, operator Crystal Rae Wise collapsed when 20,000 pounds of gaseous methyl mercaptan, a gas used in insecticide production, leaked into the enclosed space where she was working at the the LaPorte chemical plant. Other employees were killed and injured by the toxic fumes in the building trying to rescue her and each other. OSHA documented what went wrong in a training film.

OSHA issued DuPont one "Repeat" violation and nine "Serious" violations for what it called "serious failures," including failing to train its employees properly, along with a $99,000 fine. Investigators found a "Repeat" violation because the company didn't teach the employees how to use the plant's ventilation system. OSHA had found similar problems involving inspection and training failures following the death of a DuPont worker at its Belle, West Virginia plant in 2010.

"Four people lost their lives and their families lost loved ones because DuPont did not have proper safety procedures in place," Assistant Secretary of Labor for Occupational Safety and Health Dr. David Michaels said of the horrific incident at the LaPorte plant, but the violations are being contested by the company.

The same plant was inspected again in January 2015. DuPont, which chalked up $34.7 billion in annual revenues and paid its CEO Ellen Kullman $14.3 million in 2014, had failed to clean up its act, so OSHA enrolled the company in its "Severe Violator Enforcement Program."

"We have concerns about the safety culture," Dr. Michaels told the Texas Tribune in July 2015 as OSHA issued another 4 "Serious," 3 "Willful," and 1 "Repeat" violation, and $273,000 in penalties on top of those issued in 2014. "We expect chemical facilities where highly toxic materials are used to have a culture that focuses on ensuring worker protection. It appears to have broken down." These penalties are also being contested.

The LaPorte tragedy is not an isolated incident.

A tanker truck leak exposed workers at the DuPont Chamber Works plant in Deepwater, New Jersey to hazardous chemicals in May 2014. DuPont Chamber Works was issued 8 "Serious" violations over process safety management standards, and 2 "Repeat" violations for failing to perform inspections and tests on the equipment used in chemical processes. The plant had been cited for the same violations in 2010 and 2011, but the most recent violations are being contested.

When a hose ruptured at DuPont's Belle, West Virginia plant in January 2010—the third hazardous chemical release in two days at that plant—a worker's face was sprayed with phosgene, a hazardous herbicide that was used as a chemical weapon in World War I. The man died in the hospital the following night. OSHA fined DuPont $43,000, citing it for 6 Serious and 5 other violations.

A storage tank at DuPont's Yerkes facility in Buffalo, New York exploded on November 2010 due to an undetected leak of flammable vinyl fluoride, killing one worker and causing first-degree burns on another. The Chemical Safety Board, which produced a safety video based on the incident, called it "preventable" and identified problems with DuPont's monitoring of flammable vapor. After a separate investigation, OSHA cited the DuPont Yerkes Plant and a contractor for a combined total of 17 Serious violations, and $61,500 and $55,440 in proposed fines, respectively. The case was closed in February 2012, after an Administrative Law Judge sustained 7 of the Serious citations against the DuPont Yerkes Plant and a fine of $49,000.

Millions in Federal Contracts for an OSHA "Severe Violator"

It may come as news to HRPA and DuPont, but no taxpayer wants to subsidize federal contractors that have an established pattern of flouting health and safety laws.

Between 2013-2016, the "look back" period that triggers action under President Obama's executive order, DuPont and its subsidiaries incurred a total of 41 "Serious," 3 "Willful," and 4 "Repeat" OSHA violations. Yet during this same time period, DuPont or its subsidiaries were still awarded significant federal contracts.

Once President Obama's executive order is fully implemented, companies like DuPont would have to report this data as part of the process of gaining federal contracts and federal agencies could begin holding companies with bad records to account.

"Dupont is such an egregious violator that OSHA placed them in their Severe Violator Program, which focuses agency resources on employers who have demonstrated indifference towards creating a safe and health workplace," OSHA expert Deborah Berkowitz, a Senior Fellow at the National Employment Law Project, told CMD.

HRPA may try to spin the Fair Pay and Safe Workplaces Executive order as a "blacklisting" of "well-intentioned companies." But the executive order addresses a serious flaw in the federal contracting system.

"This executive order is about saving lives and making sure federal tax dollars don't reward companies that are indifferent to their obligation under the law. It's not about blacklisting, it provides an opportunity for DuPont to fix these dangerous conditions and come into compliance with the law," said Berkowitz.

This series on fair pay and safe workplaces is dedicated to the memory of watchdog journalist Chris Thompson of CorpWatch, who wrote the 2014 report "Subsidizing Contractor Misconduct." If you want to encourage the White House Office of Management and Budget to take swift action to protect workers, please sign CMD's petition here.

DuPont's lethal history of deaths and coverup is MUCH older. In the early 1920 a whole factory and town in New Jersey was poisoned for months while they covered up deadly problems with initial production chemicals for ethyl gasoline. See Gerard Colby Zilg, Du Pont, Behind the Nylon Curtain (Englewood Cliffs, Prentice Hall, 1974).