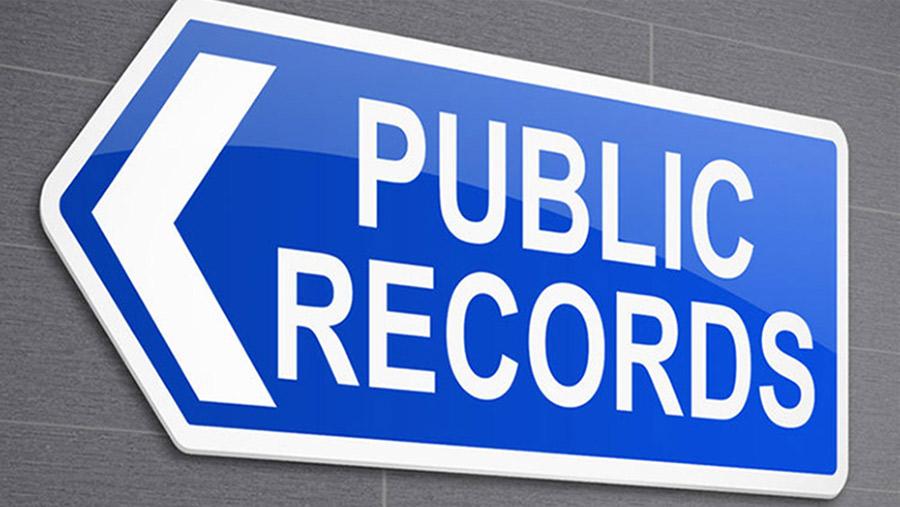 In 2015, the Walker administration worked overtime to figure out new ways to undermine the state's traditions of open government.

First, you will recall, Governor Walker wanted to exempt the scandal-plagued Wisconsin Economic Development Corporation (WEDC) from the open records law in the budget. Then, the Governor used made-up legal definitions to deny CMD's request for records related to his changes to the University of Wisconsin mission statement and the Wisconsin Idea, prompting our ongoing lawsuit. Then the Governor and GOP leaders decided to gut the open records law completely with a sneak attack over the 4th of July weekend. Following public backlash, legislative leaders claimed they were abandoning the changes, but CMD uncovered that Speaker Robin Vos was secretly working on a bill to undermine the open records law.

Now an obscure administration board charged with facilitating the retention of records quietly made significant changes to the open records law without required public notice, giving the Walker administration a new way to deny records requests about the use of public resources during his presidential run and taxpayer handouts to Walker donors. The Freedom of Information Council asked the Dane County District Attorney to prosecute the board for violating the open meetings law when it made the changes.

The swift pushback on the changes has prompted the board to reconsider and the board chair announced a public hearing about the changes on Monday, January 11th.

It's time for the Badger State to once again stand up for open records.

On August 24th, the Public Records Board changed the definition of "transitory records" which used to be described as "correspondence and other related records of short-term interest which have no documentary or evidentiary value." The changes broadened the definition to include "emails to schedule or confirm meetings or events, committee agendas and minutes received by members on a distribution list, interim files, tracking and control files, recordings used for training purposes and ad hoc reports for individual use."

This change is important, because if a record is considered "transitory," it can be deleted, and need not be released to the public. The board's redefinition of "transitory records" shielded a new array of official communications from public view--most importantly text messages, which public officials increasingly use to discuss the public's business.

A spokesman for the board, former Walker spokesman Cullen Werwie, could not explain to the Milwaukee Journal Sentinel why the changes appeared to be absent from the official record of the meeting, what the vote was, or who had made the motion for consideration of the action.

But the Walker administration seemed well aware of the activities of the obscure board. The very next day after the board's new "transitory records" definition, on August 25th, the administration denied the Wisconsin State Journal’s request for texts related to its long-running investigation of a failed $500,000 WEDC loan to Walker donor Bill Minahan. CMD first reported in 2014 that the loan was in default with no hope of repayment, but the Wisconsin State Journal's Matt DeFour used the open records law and traced the loan to Walker's chief of staff Keith Gilkes and top cabinet official Mike Huebsch.

The State Journal was continuing to dig into the chain of events and requested text messages related to the incident, but following the board's redefinition, the newspaper was told the records were "transitory" and had been deleted.

The changes also appear to address a records request from the advocacy group One Wisconsin Now. The organization repeatedly requested records which would show who visited the governor's mansion before and after Walker became a presidential candidate. The group’s research director, Jenny Dye, got a "transitory records" denial one day after the board's decision, and months after she had first filed the request, and after she reiterated demands for records August 3rd. The timing, she said, "is suspicious."

If the board, which is made up of professional civil servants, is wondering why so many are concerned, one need only look at a few recent news stories that relied upon text messages.

Governor Walker Text Related to Prosser "Choke Hold Commission:" In 2012, the Milwaukee Journal Sentinel’s Patrick Marley relied on Walker texts when he broke the story that, when Walker was setting up a commission to investigate Justice David Prosser for allegedly placing Justice Ann Walsh Bradley in a choke hold, he relied on recommendations from a friend and former aide to Prosser, John Guard. Gard, former Republican Speaker of the Assembly, of course nominated partisans who he characterized as "fiercely conservative" and "will never wimp out." The majority of commissioners were Guard picks.

Ghost Author of Vukmir ALEC Bill Uncovered: CMD first learned that ALEC treasurer and Wisconsin Senator Leah Vukmir had sponsored an ALEC "model bill" at ALEC's 2013 meeting in Oklahoma when we received a copy of a text from her office. The text congratulated Vukmir on the passage of an ALEC bill, stating simply: "Great job Madame Sponsor!"

When CMD inquired about the bill, Vukmir claimed not to have a copy of it or any records related to it, forcing us to sue in state court. After unprecedented claims of prosecutorial "immunity," Vukmir admitted that she had not searched her personal email account for the requested records.

As part of the final settlement (where Vukmir agreed to pay $2,500 in damages), she not only released records pertaining to the ALEC Medicaid resolution, but also more than 100 pages of other documents that had been withheld. These records revealed the actual author of the bill was a former ALEC staffer now working at a right-wing Florida "think tank" who helpfully wrote a script telling Vukmir what to say when arguing for the bill at ALEC.

Private Texting During Public Debate: In 2012, the Wisconsin State Journal reported that Madison City Council members were sending email and text messages constantly during council meetings, "holding essentially private discussions on matters that were supposed to be debated in public."

Reporter Dean Mosiman obtained 7,656 emails and hundreds of texts exchanged during council meetings. "The unseen flow of electronic communications — from the snarky and playful to real-time conversations on key matters before the council, including millions of dollars in public funds for redevelopment of the Edgewater Hotel or Overture Center" was revealed in records obtained by the Wisconsin State Journal under the state Open Records Law.

Crude and Abusive "Sexting" by WI District Attorney Exposed: And who can forget Calumet County District Attorney Kenneth Kratz, who sent repeated text messages soliciting sex from a domestic abuse victim while he was prosecuting her ex-boyfriend? While prosecuting her ex for nearly choking her to death, Kratz sent 30 messages such as "Are you the kind of girl that likes secret contact with an older married elected DA ... the riskier the better?"

More women came forward, the issue made national news and forced the combative Kratz to resign. AP’s Ryan Foley broke the story by using the state’s open records law to obtain records related to the victim’s complaint. Kratz has recently gained new notoriety in a Netflix documentary called "Making a Murderer" raising questions about his murder prosecution of Steven Avery.

The continuing attacks on the open records law show that the public "can't let up for a minute in our fight to protect open government from them," says Jenny Dye of One Wisconsin Now.

The Wisconsin Public Records Board needs to know that there is broad public interest in the open records law from citizens of all political stripes.

Members of the public will have two opportunities for comment: Emails can be sent to the Board through the end of the day Wednesday, January 6th, at PublicRecordsBoardComments@Wisconsin.gov.

Members of the public are also invited to speak, for up to one minute, at the Board's meeting beginning at 1:30 p.m. on Monday, January 11th, in the Risser Justice Building, 17 W. Main St., Rm 150A, Madison, Wisconsin.