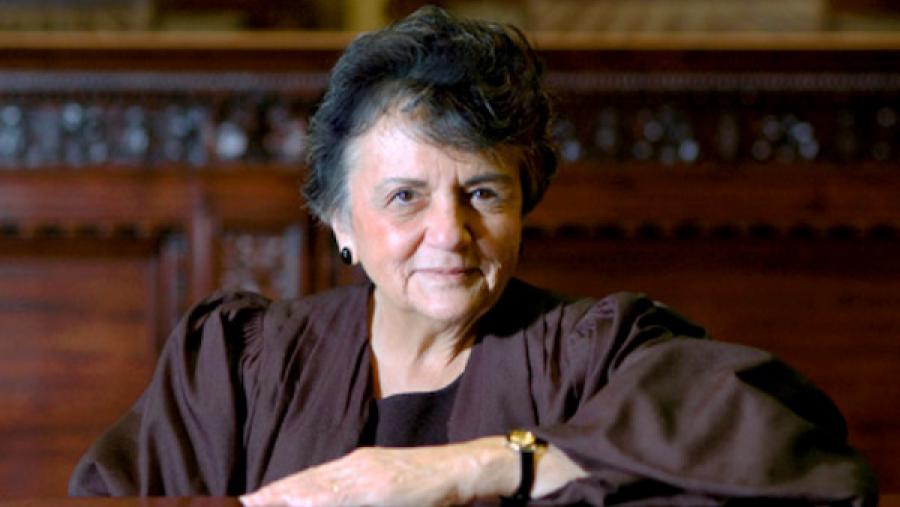 Budget bills are for bean counters.

They are not supposed to be for major policy initiatives such as destroying public sector unions or upending the University of Wisconsin’s 111 year old mission to pursue truth and improve the human condition.

Budgets are also not supposed to be for petty vendettas against elected officials.

But tell that to Scott Walker.

Last week, the governor had to backtrack and plead "drafting error" and "miscommunication" when CMD discovered edits included in his executive budget that struck "truth" and the Wisconsin Idea from the mission of the University of Wisconsin System.

Now, CMD has found another gem buried on page 495 of Governor Walker’s 2015-2017 executive budget – a strike-out of the statutory language which provides a different level of compensation for the chief justice of the supreme court and the the associate justices.

If the intent of the language is to give the chief justice a pay cut, the move is unconstitutional, say legal experts.

Walker’s budget creates a Judicial Compensation Commission to review and make recommendations on judicial salaries. According to the Legislative Reference Bureau (LRB), the commission would submit a written report to the governor and the pertinent legislative committee every two years including recommendations on the salaries of the justices of the supreme court, court of appeals judges, and judges of circuit court.

All well and good. Not only does the supreme court back the idea of the commission, numerous states have implemented these commissions to ensure that judicial salaries are set regularly and objectively and treated in a nonpartisan, nonpolitical manner.

But here is the rub. The Walker budget slips in an edit to the section on the judicial commission that amends Section 914. 20.923 (2) (b) of the statutes to strike a statutory provision stating that "the salary established for the chief justice of the supreme court shall be different than the salaries established for the associate justices of the Supreme Court."

According to the LRB, at $152,495 Abrahamson, one of the most published and lauded state court justices in the nation, makes a little bit more than her colleagues on the court who make $144, 495.

The Walker budget provision, if enacted, could lead to an $8,000 haircut for the Chief Justice.

This is only the latest in a series of partisan attacks on Wisconsin’s Chief Justice who is the leading liberal and leading intellectual of the court. She has been described as the most published state justice in the nation and as "a national treasure." And there is no doubt that the Chief has scores of responsibilities enumerated in the statutes that the other justices do not have, including scheduling, budgeting and working with the director of the courts.

As CMD has reported, in January, the GOP controlled legislature rushed though the legislature and onto the ballot a constitutional amendment that would strip Abrahamson of her seniority.

For 126 years, the Wisconsin's Constitution has provided that the title of "Chief" be given to the longest serving member, but under the GOP's proposed system, it would be decided by a vote among the justices, who now hold a conservative majority. The resolution passed both houses and now will be placed on the ballot during the low-turnout April 7 election. Walker’s big money allies including Wisconsin Manufacturers and Commerce are sure to push the radical right to the polls to accomplish what the Daily Beast called “Walker’s Supreme Court Coup.”

Also in the works is a bill by Rep. Dean Knudson (R-Hudson) that would put an age limit on judges, potentially forcing the 81 year old Abrahamson into retirement and overturning the will of the voters who elected her in 2009 for a 10-year term.

These attacks come as the court prepares to take up three cases challenging the “John Doe” criminal investigation of potential illegal campaign coordination between the campaign of Wisconsin Governor Scott Walker and “independent” expenditure groups like Wisconsin Club for Growth. Abrahamson is a brilliant jurist and leader of the liberal wing of the court. If there is one person the GOP does not want perusing the sealed John Doe files, it is her.

The drafting file shed few clues on the strike-out, although the section was flagged by a star. CMD contacted some legal experts to talk about the text.

UW law professor and constitutional law expert David Schwartz explained that Wisconsin Constitution Art. IV, sec. 26 (2) “flatly forbids diminishing the compensation of any public officer, including justices of the Supreme Court, 'during the term of office'.”

Schwartz said that he believed “the purpose of this provision in the Wisconsin Constitution is in part to safeguard the independence of the judiciary by protecting judges from politically motivated attacks on their compensation. Changes to a judicial salary must either be implemented before the start of a judge’s term or else must be the result of an across-the-board salary adjustment applied to all judges. This rule is designed to prevent the legislature from singling out a particular judge for a politically motivated reward or punishment by means of a salary adjustment.”

Because Abrahamson is in the midst of a ten-year term her salary cannot be singled out for diminution prior to the end of her term.

“This must be another 'miscommunication',” said Lester Pines, whose firm Cullen Weston Pines & Bach LLP has argued before the court on numerous occasions.

Not only would any effort to reduce the chief justice's salary during her time in office be unconstitutional, says Pines, but "the writers of the Wisconsin Constitution knew what they were doing. The provision is in there to protect the judiciary from exactly this type of political interference."

The governor is supposed to be cognizant of the provisions in his executive budget. Indeed, after his stumble over "truth" and the Wisconsin Idea last week, Walker was asked by the Milwaukee Journal Sentinel if there were other things in the budget of which he was not aware.

The governor replied "no."

Correction 2/11: An earlier version of this article incorrectly reported that the Governor changed the makeup of the judicial commission to ensure that 4 of the 7 commission members would be partisan appointees. The bill as introduced, allows the supreme court to select commission members.

Appreciation for the comments from my fellow UW constitutional law professor, David Schwartz. I would add, however, when the article noted these actions were included in the budget bill, I was teased into thinking the more relevant if more complex discussion was forthcoming about including such matters in a budget bill. Given the clarity of the constitution's judicial compensation provision, I'm fairly certain the Walker administration can readily read and comprehend the provision. However, following the logic employed in the article, since the objective is always to have justices seated, the legislature would never be able to increase or diminish judicial salaries. So I'm certain the Walker administration knows full well the current chief justice's decrease could not take effect during her current term; but that doesn't mean it can't be enacted during the term. After all, it would have to be enacted during someone's term. But more importantly, the real problem is our state's officials' propensity to legislate substantive items in the budget bill in the first instance -- either as proposed by the Governor or proposed and enacted by the legislature. This practice only harms we the people, since such 'budget items' are not wrestled through the regular legislative process nor presented to the Governor for approval or veto -- accept as part of a monstrous and infinitely-faceted budget bill where the single item gets overlooked or ignored. Therein lies the real issue here -- and the real problem.