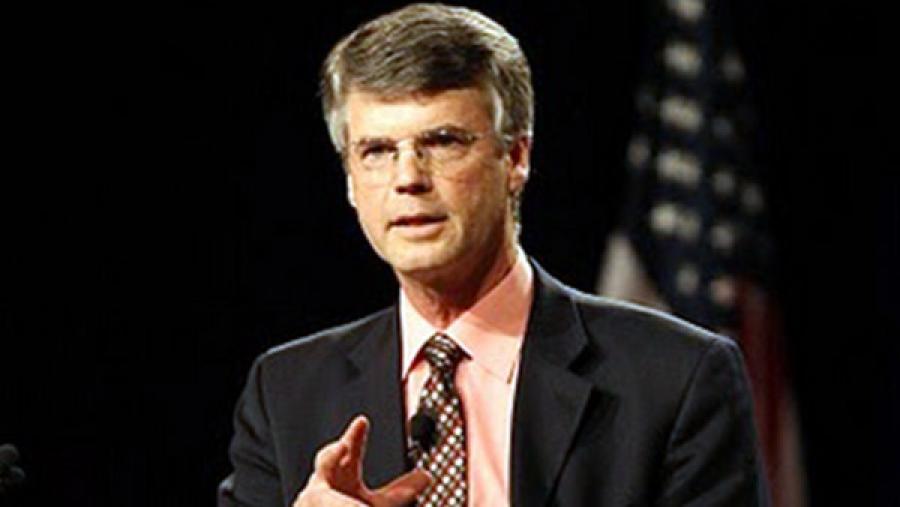 In 2014, as March drew to an end but the cold Wisconsin winter refused to let go, State Senate President Mike Ellis (R-Neenah) stopped at his favorite after-work hangout to relax after a long session in the Capitol. After a few drinks, Ellis was approached by what he thought were two young constituents and the veteran GOP lawmaker started holding forth, as he was wont to do.

What he did not know, however, was that his new-found drinking buddies were not from his district or even from the State of Wisconsin. They were, however, on a mission to end his career. A few weeks later, the right-wing’s favorite attack dog for hire, James O’Keefe, released a video of the conversation showing an inebriated Ellis spinning a tale about setting up a “Super PAC” to run attacks on his Democratic opponent in that year’s election.

If Ellis’ barroom boasts were actualized in the cold light of day, Ellis may have run afoul of state law prohibiting coordination between candidate committees and outside groups.

"I guess I have to learn to put duct tape over my mouth because any time you're out in public you're fair game,” Ellis told the Milwaukee Journal Sentinel when the story broke. As for his Super PAC idea, he explained, “I was informed that the described scenario would be illegal, and the idea went no further.”

But the damage had been done. A few days later, the Senate President who was first elected to the Senate in 1982, announced that he would not be running for re-election. Ellis was an unabashed conservative, but he had split with Governor Scott Walker and his increasingly right-wing party on issues like school vouchers and the corrupting influence of big money in politics.

James O’Keefe had gotten his man, but who bankrolled the hit? 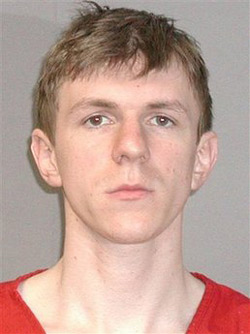 For James O’Keefe and his Project Veritas franchise, registered as a non-profit in Mamaroneck, New York, the Ellis hit marked a conspicuous departure. O’Keefe gained fame for his hatchet-job on the effective voter registration group, ACORN, and for an attempt to tamper with the phones of then-U.S. Senator Mary Landrieu (D-Louisiana), which got him busted by the FBI.

But Republicans have not exactly been the main targets of O’Keefe’s hidden-camera henchmen. In the Ellis video, a smug O’Keefe tells viewers that his investigations know no political boundaries. His mission, he says, is to expose corruption “wherever it may lie.”

No one believed this. O’Keefe had been accused of many things, but protecting campaign finance law was never one of them.

“James O’Keefe is a staunch conservative, and I don’t think he’d do a hit job on a Republican political figure unless one of O’Keefe’s far-right buddies gave him the green light to do so,” blogger Aaron Camp wrote.

Even some of O’Keefe’s supporters found his lofty rhetoric difficult to swallow. “He is a Scotty boy,” a YouTube user commented, implying that the video was a hit job to oust Ellis and elect someone on friendlier terms with Governor Walker.

Now CMD has discovered that O’Keefe indeed received a five-figure check from a “far-right buddy” and another “Scotty boy,” Wisconsin Club for Growth’s Eric O’Keefe. This O’Keefe is an old friend of the Brothers Koch, a founder of a plethora of far-right organizations (including the Center for Competitive Politics, which fights clean elections laws), and a national leader in the effort to advance undisclosed dark money in elections. O’Keefe has steadfastly stood behind the extreme Walker agenda.

After Walker introduced a bill to destroy public sector unions in 2011, sparking a historic uprising and the filing of 1 million signatures to recall Walker and a number of state senators, Wisconsin Club for Growth (WiCFG) played a central role in the GOP response, prompting a “John Doe” criminal probe that has riveted the state for over a year.

Now, CMD has exclusively obtained tax filings showing that Eric O’Keefe (no relations to James) made a $50,000 donation to Project Veritas in 2013. Also among Project Veritas’ 2013 donors were two sources of cash, Donors Trust (for $242,000) and Donors Capital ($55,000), that cloak the identities of some in the Koch network of billionaires and millionaires.

The money trail comports with Ellis’ own theory. Ellis fingered WiCFG as the likely culprit in an interview shortly after the hit. But Eric O'Keefe refuses to explain.

When called by CMD and asked about the $50,000 donation, Eric O'Keefe said "I didn't give that in 2013," before quickly hopping off the phone.

Known as an independent thinker and a curmudgeon, Ellis had a history of taking positions contrary to the party line. Ellis was not involved in the caucus fundraising scandal that rocked the Capitol in 2002 with the arrests of Assembly and Senate leaders. In the wake of the scandal, he helped lead a bipartisan effort to restructure the state elections and ethics agencies so that they were no longer under the control of a grid-locked partisan board, but instead led by retired judges appointed by the governor and approved by the legislature.

The nonpartisan board “was his idea,” says Jay Heck, director of Wisconsin Common Cause. “Ellis consistently supported disclosure and public financing for campaigns, while Eric O’Keefe has opposed both.” Heck worked with Ellis and other legislators to set up the nonpartisan Government Accountability Board, now under attack by Wisconsin’s GOP for its role in initiating the John Doe investigation.

Ellis also had a history of failing to fall in line behind the Walker’s agenda.

Ellis was publicly critical of Walker’s steep cuts to education and attempts to massively expand controversial voucher schools around the state, leading to embarrassing headlines regarding a GOP split.

He also privately voiced concerns over the union-busting bill that became Act 10. Although he voted for it, Ellis would later claim that he was blind-sided by Walker and by ads paid for by the WiCFG pressuring him to fall in line after he had raised questions about the bill behind closed doors.

In a revealing interview with Wisconsin Eye’s Steve Walters that aired a few days after he announced his departure, Ellis talked about his 44-year career in politics, the “high-tech” operation that brought him down and the new era of hard-core, party-line politics “where you check your brain at the front door.”

“Independent thinking and compromise are two ingredients that our founding fathers were thinking of back in 1776; they are gone today,“ said Ellis.

As for the sting operation, Ellis pointed the finger at WiCFG for having set him up because he was not “walking behind the cart” on Act 10. In February of 2011, shortly after the union busting measure was introduced, WiCFG popped up TV ads in support of the controversial bill. They also launched ads pressuring Ellis and another moderate Republican, Luther Olsen, to support the Walker agenda.

“Ellis was the last of the strong independent thinking legislators,” said Common Cause’s Heck. “Although he was very conservative and supported Walker more than 90% of the time, I guess he had his own ideas on a few issues and that did not comport with the new lockstep, everyone must be on the same page with no dissent regime that Walker and the new Republican legislative leadership installed in 2011.”

Wisconsin Club for Growth at Center of Dark Money Investigation

As director of WiCFG, Eric O’Keefe has been a very good friend to Scott Walker. In 2012, the Washington Post interviewed O’Keefe as he traveled cross-country with Walker in search of cash. WiCFG Director R.J. Johnson served as Walker’s campaign manager in 2010 and during the 2012 recall, and was credited by Walker for winning those campaigns.

Wisconsin law prohibits coordination between candidate campaigns and independent “issue ad” groups. According to records inadvertently released by the court regarding the secret John Doe investigation, WiCFG is one of a number of dark money groups being investigated for potentially illegal campaign coordination with the Walker campaign. A series of emails and campaign donations appear to show Walker fundraising on behalf of WiCFG. “The governor is encouraging all to invest in Wisconsin Club for Growth,” a fund-raising consultant wrote in a 2011 email to R.J. Johnson. The consultant added that the Governor “wants all the issue advocacy efforts” run through WiCFG to “ensure correct messaging,” while promising complete donor anonymity.

As CMD was the first to report, WiCFG served as a hub to secretly funnel millions to a complex array of groups, which ran ads in support of state senators facing recall and Walker himself. The state criminal investigation has been led by a special prosecutor with Republican credentials and a bipartisan group of Wisconsin county District Attorneys, yet has been portrayed by O’Keefe and his supporters as a partisan witch-hunt and an attack on “free speech.” O’Keefe, a longtime advocate for eliminating campaign finance regulations, has fought back hard: his high-priced Washington D.C. lawyers at BakerHostetler have filed a series of state and federal lawsuits trying to halt the probe (including by falsely attacking CMD). O’Keefe also defied a secrecy order to speak with the Wall Street Journal editorial board about the case.

“Isn’t it ironic that the very thing they snagged Ellis on is the very thing Eric O’Keefe has been willing to go all the way to the Supreme Court to protect? Their right to engage in illegal campaign coordination under Wisconsin law,” notes Heck.

Eric O’Keefe has apparently known James for a while. In his book Breakthrough, James thanks Eric for his "role in the citizen journalism movement." It's possible Eric may have given James the $50,000 with other Wisconsin targets in mind.

In March 2014, James O’Keefe tried to embarrass Republican Congressman Jim Sensenbrenner with questions about his efforts to expand voting rights. And in the summer of 2014, CMD itself was the subject of an elaborate and costly attempted sting operation tied to James O’Keefe, with operatives sent from California to track CMD. An undercover O’Keefe associate followed CMD’s executive director Lisa Graves around at the July Netroots Nation conference trying to get her on tape, and a woman using a fake name purporting to represent a fake group called "African Americans for Change" approached CMD offering money to help with a documentary on dark money spending in elections, which CMD refused.

CMD’s reporting on the John Doe criminal investigation has certainly gotten under Eric O’Keefe’s skin. CMD was the first to report that WiCFG collected and distributed millions to other dark money groups, which cut ads in support of Walker and other candidates facing recall. CMD was also the first to uncover O’Keefe role in helping to launch the Franklin Center for Government & Public Integrity, whose Wisconsin Reporter website has written more than 150 stories attacking the "John Doe" probe without regularly disclosing their relationship to O’Keefe. CMD was also the first to report that a Wisconsin Reporter executive is the president of Citizens for Strong America, another group implicated in the investigation, a shell group entirely funded by WiCFG. CMD has also filed a legal complaint against WiCFG with the IRS and federal prosecutors for abusing its status as a “social welfare” organization under federal law.

For now Eric O’Keefe is mum.

But one thing is for certain: the O’Keefes combined–one a New Yorker and the other a Michigander–have introduced a poisonous new element to Wisconsin politics. 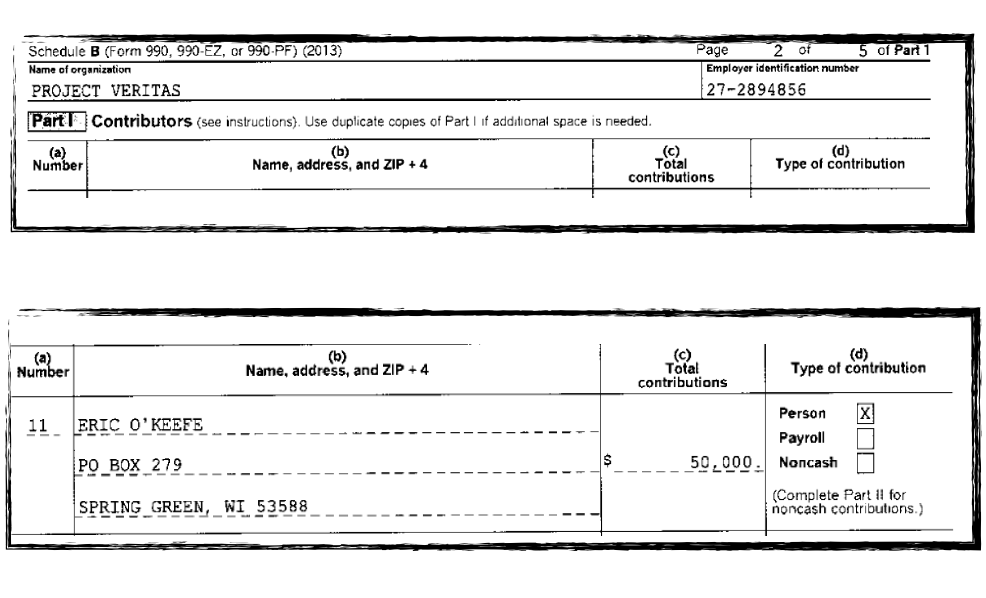 CMD's Nick Surgey and Jonas Persson contributed to this article.

UPDATE: CMD previously reported on being the target of a sting attempt here, and unmasked the bunglers in a story you can find here.

For more on the ongoing John Doe criminal investigation of the Walker campaign and dark money groups, see CMD's new report The Assault on Clean Election Laws The Well-Funded Campaign to Legalize Coordination in Wisconsin and Nationwide.