Who Funds the Federalist? Finally, We Know. | PR Watch

Who Funds the Federalist? Finally, We Know. 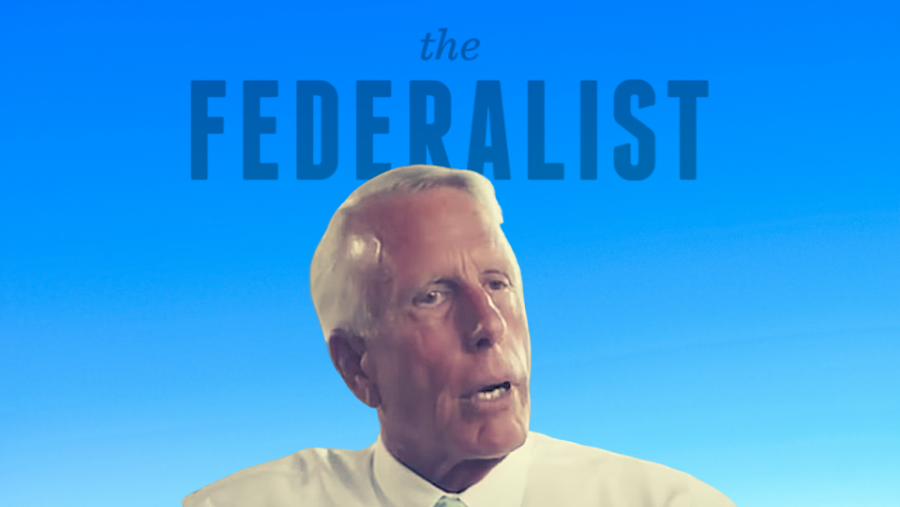 For years, the funding behind the right-wing, pro-Trump publication The Federalist has been a total mystery. Many Twitter users have asked the website's leaders, repeatedly, "Who funds The Federalist?" only to be blocked by the likes of publisher Ben Domenech, co-founder Sean Davis, or senior editor Mollie Hemingway. (This author is blocked by all three.)

Last year, Hemingway characterized the question as "a kind of a veiled threat" and a "clear, coordinated attempt to silence The Federalist.

However, a few months earlier, The Federalist's affiliated nonprofit, FDRLST Media Foundation, had been certified as a 501(c)(3) charity by the Internal Revenue Service, meaning that donors could begin making tax-deductible contributions to the foundation. If the donor was a nonprofit organization like a family foundation or trade association, its grants to the FDRLST Media Foundation would eventually be part of the public record. Hemingway is a director and "governor" of the foundation.

Last week, CMD obtained the 2019 tax records of two right-wing funders who donated to the FDRLST Media Foundation that year: GOP megadonor and shipping supply billionaire Richard Uihlein and DonorsTrust, a donor-advised fund manager that has been dubbed "the dark money ATM" of the conservative movement.

The Federalist may have once had a "never Trump" image, but the conservative publication moved quickly rightward as President Donald Trump became president and took over the Republican Party. The outlet is now known for vigorously defending Trump, for its trolling and conspiracy-laden posts, and for attacking liberal media. Sometimes trafficking in racism, The Federalist had a "black crime" tag until someone exposed the tag on Twitter.

It's unclear when Uihlein, the Illinois-based founder of shipping supply company Uline, began funding The Federalist, but it makes sense that his foundation, the Ed Uihlein Family Foundation, donated $400,000 to the FDRLST Media Foundation last year. Uihlein and his wife, Liz, are influential Trump donors and among the Republican Party's biggest funders; Uihlein is the fifth-biggest donor to outside political spending groups of the 2020 federal elections, having doled out over $63 million to super PACs such as the pro-Trump American First Action, Club for Growth Action, the Senate Leadership Fund, and Restoration PAC, which he funded nearly exclusively.

The New York Times reported in August that, based on interviews, Richard Uihlein was a donor to The Federalist, but his foundation's 2019 tax return is the first evidence of his financial support to be made public.

As The Federalist published story after story denying science and opposing mask wearing during the coronavirus pandemic—including one story allegedly written by an anonymous small-town mayor claiming that health officials order mask mandates for political, not scientific, reasons—Liz Uihlein minimized the virus, calling it "overhyped," and endangered Uline workers by allegedly using lax safety practices and initially discouraging employees from working from home. Liz Uihlein, the president and CEO of Uline, got an exemption from Canada's quarantine requirement to visit a Uline facility in the country, which she reached via private jet. The Uihleins would eventually contract COVID-19 in November.

The Uihleins have endorsed fringe candidates such as Roy Moore, the far-right Alabaman who ran for Senate in 2017 and was credibly accused of sexual misconduct with minors by multiple women. Liz Uihlein was a member of the 2016 Trump campaign's economic council.

The Ed Uihlein Foundation gave to additional right-wing media outlets in 2019, including The Daily Caller News Foundation ($25,000), the Media Research Center ($275,000), and the Real Clear Foundation ($350,000), which has ties to The Federalist (see below). It also donated $400,000 to the Center for Security Policy, an anti-Muslim hate group. Its largest 2019 contribution, $3.2 million, went to the Foundation for Government Accountability, a State Policy Network member that advocated kicking people off of Medicaid this year during the pandemic. Since 2014, the Uihleins have given the Foundation for Government Accountability over $11 million.

The "Dark Money ATM" of the Conservative Movement

One of the political right's biggest funding vehicles, DonorsTrust, gave $249,000 to the FDRLST Media Foundation in 2019. CMD was first to report on DonorsTrust's 2019 tax records and on the group's major donation to the white nationalist hate group VDARE, as well as a smaller amount to the New Century Foundation, the nonprofit behind the white nationalist publication American Renaissance.

DonorsTrust also gave $1,350,000 to the Real Clear Foundation and nearly $400,000 to the Media Research Center in 2019, part of $15 million in grants to conservative media operations that year.

DonorsTrust is a donor-advised fund sponsor, meaning that it manages individual charitable accounts of its wealthy clients, who have included GOP megadonors such the DeVos, Koch, and Mercer Families. These clients can donate appreciable assets into their accounts and score a double tax benefit: they get both a capital gains tax break and a charitable tax deduction. Clients then direct DonorsTrust to donate their money to the nonprofits of their choice, as long as the DonorsTrust board approves the proposed recipient. Donor-advised fund managers allow their clients to remain anonymous, as the manager legally owns and disperses the money.

The Uihlein and DonorsTrust grants are the first known donations to The Federalist, but one financial tie was already public. Journalist Andrew Perez found that the George E. Coleman Jr. Foundation is an investor in FDRLST Media, LLC, the company behind The Federalist. In 2018, the Coleman Foundation had $148,000 invested in FDRLST Media. The foundation's trustee, Daniel Oliver, is a former Reagan official who was once executive editor of the conservative National Review, which receives significant funding from DonorsTrust through its affiliated National Review Institute.

In advance of a 2019 Buzzfeed News article that cited the Coleman Foundation investment, Domenech, The Federalist's publisher, refused to comment but tweeted that this impending revelation of public information amounted to "doxxing" an investor. "They will do this because they want to shut us down," he claimed.

Federal tax records for the FDRLST Media Foundation are not yet public, but the Washington, D.C. secretary of state has public records of the foundation. David DesRosiers, the publisher of Real Clear Politics and the former executive vice president of the Uihlein-funded Manhattan Institute, is a director. Hemingway is both a director and a "governor." Attorney Alan P. Dye is the third director.

Real Clear has taken a "sharp right turn" in recent years, likely due to its increased funding from right-wing donors and its reaction to Trump's takeover of the Republican party. A CMD report showed that at least 99 percent of the 2015 to 2018 revenue of the Real Clear Foundation, which funds the outlet's investigative stories, came from right-wing funders, including DonorsTrust, Donors Capital Fund, the Uihlein Foundation, and two foundations of Charles Koch.

"As the administration lurched from one crisis after another," wrote The New York Times' Jeremy Peters last month, "Real Clear became one of the most prominent platforms for elevating unverified and reckless stories about the president's political opponents, through a mix of its own content and articles from across conservative media."