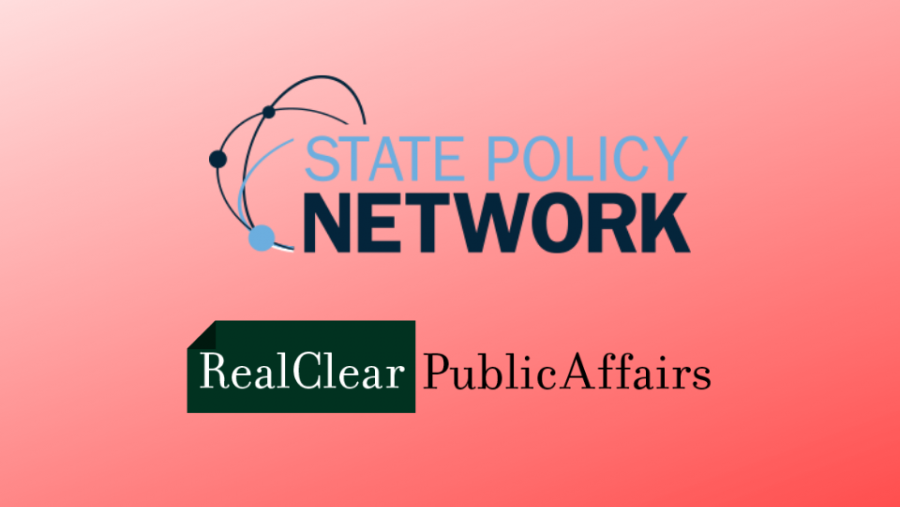 In the Trump era, news and poll aggregation website RealClearPolitics took a "rightward, aggressively pro-Trump turn," according to The New York Times.

As it did so, its funding from ideological, right-wing foundations increased considerably.

"Real Clear became one of the most prominent platforms for elevating unverified and reckless stories about the president's political opponents, through a mix of its own content and articles from across conservative media," per The Times.

During that time, RealClearPolitics' owner, RealClear Media, secretly operated a far-right website and a connected Facebook page that churned out racist and pro-Trump memes.

The publication's nonprofit, the Real Clear Foundation, funds its investigative stories, some of which have been so unsubstantiated or so ethically concerning that other outlets, including conservative ones, and social media giant Facebook steered clear.

Now the foundation has a new project: a partnership with the right-wing State Policy Network (SPN) to promote its think tank members' work and publish and syndicate original content from these organizations.

RealClear Public Affairs, with money from SPN, set up a "State Solutions" page, which aggregates members' blog posts and news coverage about the members. The description on the page doesn't tell the reader that the content comes from a host of right-wing think tanks that work to lower taxes, slash regulations, and further empower big business and wealthy executives; it only hints at a conservative slant, saying that "the solution to the problems facing Americans is not an ever-expanding federal government."

SPN's goal is to promote its state and local policy proposals to RealClear's audience of 110 million users. According to SPN, members are encouraged to pitch RealClear with original opinion pieces, which could lead to radio and TV hits and syndication in RealClear's wire service. The State Solutions program is currently focused on content about K-12 education reform, "state economies and job growth," and health care reform.

The RealClear Foundation's new partnership with SPN appears to be just the type of project its donors would appreciate.

The foundation is almost entirely funded by ideological, right-wing foundations, according to a Center for Media and Democracy (CMD) review of federal tax filings. Some of these foundations also donate to SPN.

The two groups have at least nine common funders. The biggest donor is DonorsTrust, a right-wing donor-advised fund manager that wealthy conservatives such as the Koch family and the Bradley trustees use to contribute money, potentially anonymously, to nonprofits. Since 2015, DonorsTrust has pumped $21.5 million into SPN and $5.1 million into the Real Clear Foundation.

The Ed Uihlein Foundation, which is run by Uline owners and Trump bankrollers Liz and Richard Uihlein, is the biggest known donor to the foundation of The Federalist, a far-right publication that shares board members with RealClear, as first reported by the Center for Media and Democracy. Richard Uihlein, a billionaire, is also the biggest donor to the PAC of the Tea Party Patriots, a group that helped organize the rallies that directly preceded the deadly Capitol insurrection on Jan. 6.

RealClear has close connections to The Federalist. As of a September 2017 Securities and Exchange Commission filing, RealClear Media CEO John McIntyre was a director of FDRLST Media, the for-profit arm of the operation. FDRLST Media shared an address with RealClear. David Desrosiers, the publisher of Real Clear Politics and chair of the Real Clear Foundation, is a governor of the FDRLST Media Foundation, according to public records from the Washington, D.C. Department of Consumer and Regulatory Affairs.

The Real Clear Foundation's 2018-19 tax return is not publicly available, but a previous Center for Media and Democracy investigation found that from 2015 to 2018, right-wing donors provided 99 percent of the foundation's revenue.