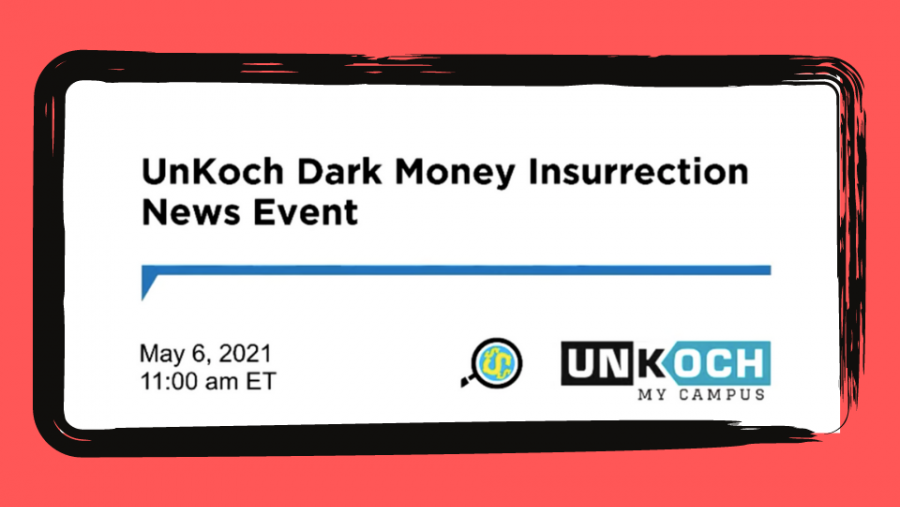 On May 6, Center for Media and Democracy investigative reporter Alex Kotch presented his reporting on how Charles Koch and Koch Industries aided the careers of the Republicans who spread lies about voter fraud and voted to overturn the 2020 presidential election on Jan. 6, 2021. Watch the full press conference, which was organized by UnKoch My Campus.

The transcript of Alex's statement is below the video clip.

Charles Koch recently attempted a rebrand as a "uniter" and someone who has sincere regrets about his decades of extremely partisan political funding. Much of the legacy media was relatively credulous, but we at the Center for Media and Democracy saw right through it.

Koch, his company, and his greater political spending network have always been partisan, and that's not going to fundamentally change.

Unsurprisingly, Koch Industries, through its PAC spending and donations to super PACs, is one of the biggest financial supporters of the congressional ringleaders of the dishonest attempt to overturn the presidential election results of 2020.

In late December I reported that Koch PAC was the top single company PAC donor to the U.S. representatives who openly planned to object to the results based on lies about voter fraud, having donated nearly $200,000 to their campaigns. These include some of the most extreme Republicans in the House, such as Freedom Caucus Chair Andy Biggs, who is alleged to have helped plan the Jan. 6 rally, and QAnon-affiliated conspiracy theorist Majorie Taylor Greene. After media reported on the Greene donation, which was the maximum allowed amount of $5,000, Koch PAC claimed to have asked for a refund.

On the day before the insurrection, I reported that Koch PAC, Koch-led super PACs, and Koch family members had bankrolled the careers of the senators who plotted to contest the results, spending millions of dollars to elect Josh Hawley, whom the network recruited to run against Claire McCaskill in Missouri, and four others.

Hawley, who along with Ted Cruz led the Senate's revolt against the election, was invited, and attended, a Koch donor summit, where candidates pitch themselves to the network's biggest funders. That summit paid off big time for Hawley, and he met with Koch network donors again in New York after launching his senate campaign. Koch's Americans for Prosperity and AFP Action combined to spend $4.6 million attacking Hawley's opponent in 2018.

Overall, Koch Industries was the biggest corporate donor to outside political groups that spent money to elect the 147 Republicans who voted against the election results just hours after the deadly insurrection.

Notably, Koch Industries was not one of the many companies that said it would suspend PAC donations either to the election objectors or overall after Jan. 6. Koch PAC didn't donate in January or February, but it resumed the practice in March and donated to several Republicans who voted against the election results.

Trump is out of office, but the "Big Lie" of voter fraud is alive and well. Koch-funded state lawmakers are using Trumpian voter fraud myths to justify hundreds of bills to suppress voters after federal lawmakers failed to overturn Biden's victory.

The Koch network continues to spend its money to benefit mostly rightwing Republicans and extreme judicial candidates who will continue their extremism and take the side of corporate monopolies at the expense of workers, the marginalized, and the environment.