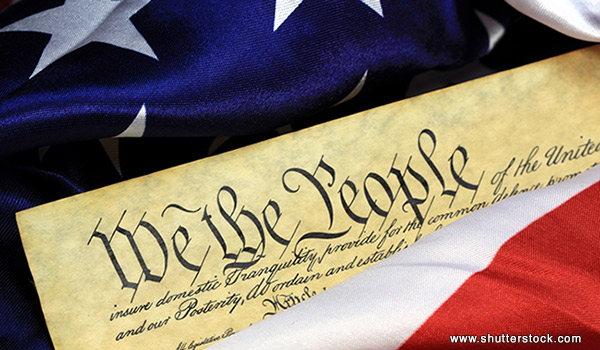 Since the U.S. Supreme Court's 2010 decision in Citizens United v FEC, American elections have been flooded with money: between the 2008 and 2012 elections, outside spending increased roughly 245 percent in presidential elections, 662 percent in House elections, and 1,338 percent in Senate elections.

The majority of known outside spending came from just a handful of donors, with 60 percent of Super PAC funding in 2012 coming from just 132 people, each donating at least a million dollars. Hundreds of millions more was spent by "dark money" nonprofits that keep their donors secret. This spending matters: multiple studies have shown that Congress' policy priorities are much more closely aligned with the preferences of the donor class, and detached from the interests and policy preferences of the majority of Americans, and that your chances of getting a meeting with a member of Congress and their staff are much greater if you are a donor.

It is against this backdrop that the Senate Judiciary Committee convened a hearing June 3 on a constitutional amendment to not only reverse Citizens United and McCutcheon, but also the 1976 Buckley v. Valeo decision that established the notion of "money as speech."

“Our involvement in government should not depend on our bank account balances,” declared Senate Majority Leader Harry Reid (D-NV) in his hearing testimony. “How could everyday working families afford to make their voices heard if money is free speech?"

Just a few years ago, the notion of amending the constitution to restore the ability of elected officials to regulate election spending -- and to restore a definition of the First Amendment that protects speech rather than money -- seemed like a pipe dream. Amendments introduced in 2010, just after Citizens United, attracted only a handful of sponsors.

But this year, SJR 19, the constitutional amendment introduced by Sen. Tom Udall (D-N.M.), has forty-three senate sponsors, and counting.

What seemed impossible in 2010 has become possible in 2014, thanks to the broad-based, bipartisan grassroots movement that emerged in the wake of Citizens United to push back against the dominant role of money in our political system and the notion that "money is speech."

Thanks to the work of Public Citizen, People for the American Way, Common Cause. Move to Amend, and others, 16 states and over 500 communities since 2010 -- from Scott Walker's hometown of Waukesha, Wisconsin to Los Angeles, California -- passed resolutions calling on Congress to amend the Constitution to reverse Citizens United and related big money decisions. Move to Amend does not support SJR 19, and has called for a broader amendment.

In advance of the hearing, two million people signed petitions supporting an amendment, which Senator Patrick Leahy (D-Vt.) called a “tangible reminder that Americans are calling on Congress to act."

Indeed, the June 3 hearing was further evidence that a democracy movement has been building across the country -- and an example of on-the-ground grassroots organizing having an impact in DC.

GOP Base Recognizes Problems with Money-in-Politics

The broad grassroots support for an amendment is not surprising. According to a November 2013 poll, seven in 10 American voters think our election system is “biased in favor of the candidate with the most money.”

And the Supreme Court didn't leave a lot of room for Congress to do much about it -- besides amending the constitution or waiting for a change in the court's makeup. Citizens United and the Court's more recent decision in McCutcheon not only struck down existing limits on money-in-politics, but tied the hands of elected officials, declaring that the only constitutional rationale for new campaign finance limits is to prevent quid pro quo bribery. Campaign finance legislation designed to limit the ability of the wealthy few to buy influence, or to level the playing field in a system tilted towards the 1%, will be declared unconstitutional, the Court said.

Republicans on the committee, though, celebrated the Citizens United decision as a victory for "free speech," and colored the proposed amendment as an effort to "repeal the First Amendment."

Sen. Charles Grassley (R-IA), for example, declared that the amendment would have the effect of "limiting speech" and make "America no longer America."

Although GOP leaders in Washington conflate unlimited spending with "free speech," the Republican base appears to feel differently.

There wasn't always such a divide between the Republican base and GOP leaders in Washington, DC.

Sen. Mitch McConnell (R-Ky.), who testified against Udall's amendment (calling it an effort to "shut up our fellow citizens") himself sponsored a similar amendment in 1987, which Democrats gleefully pointed-out at the hearing. During the 2001 debate over the McCain-Feingold campaign finance law (which passed with bipartisan support), McConnell opposed the law's limits on fundraising and spending, declaring that full disclosure would prevent corruption. Now, McConnell and other Republicans even oppose legislation like the DISCLOSE Act and argue that anonymity is a necessary element of free speech.

"It is breathtaking the change that has taken place within the Republican party on this issue," said Sen. Dick Durbin (D-IL).

"I guarantee that Senator McConnell wouldn’t have flipped on disclosure if the vast majority of money was benefiting Democrats rather than Republicans," added Sen Chuck Schumer (D-NY).

Texas Senator Ted Cruz, unsurprisingly, didn't hold back: he declared that the amendment was designed to "muzzle" critics and amounted to "politicians silencing the citizens." He inspired laughter in the room when he declared that "Ray Bradbury would be astonished because we are seeing Fahrenheit 451 Democrats today," referencing the science fiction writer's book on free speech and book burning. He attacked Sen. Reid for "villifying private citizens," a reference to his critiques of the Koch brothers. (As Maplight has noted, Citizens United and Koch Industries are Cruz's biggest donors).

“Look at the political realm they want to give to the American people," said Jamie Raskin, an American University constitutional law scholar and a Maryland state senator. "Corporations are treated like people, they can give on an unlimited basis directly to candidates, they can spend on an unlimited basis and they don’t have to tell anybody. Then they whine if anybody even calls a corporation out for doing it, saying that somehow their First Amendment rights have been violated. That’s a pretty special First Amendment they’ve got.”