GOP Strongholds in WI Vote to Get Money Out of Politics 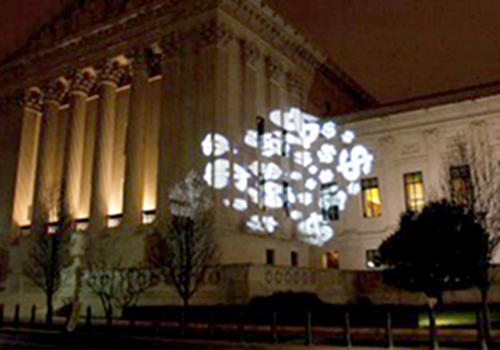 The evening before the U.S. Supreme Court invited more big money into our elections by striking aggregate campaign finance limits, thirteen Wisconsin communities called for a constitutional amendment to get money out of politics, including in Scott Walker's hometown of Wauwatosa and Republican strongholds like Waukesha.

One community voting in favor of the referendum to reverse Citizens United was Wauwatosa, where Wisconsin Governor Scott Walker has his residence, and which he represented in the state assembly between 1993 and 2002.

Wauwatosa is currently represented in the state senate by Leah Vukmir, the vice-chair for the American Legislative Exchange Council, or "ALEC." (CMD prevailed in an open records suit against Vukmir last week.)

Sixty four percent of Wauwatosa residents voted in favor of a referendum to overturn Citizens United.

Sixty-nine percent of residents in the City of Waukesha -- located in the middle of Waukesha County, one of the most conservative counties in the United States -- also supported the referendum.

41 Wisconsin communities are now on record calling for a Constitutional amendment to reverse the Court's 2010 Citizens United decision and related cases that opened the floodgates to unlimited election spending. Today's McCutcheon v. FEC ruling will make the situation worse by allowing a small number of super-rich donors to spend even more on our elections, by lifting a federal limit for individual donors of $117,000 per cycle. An individual donor can now give as much as $3.6 million to candidates and parties in a single election cycle.

The outcome provides further evidence of the wide, bipartisan opposition to the notion that money is speech, and that corporations should have the same First Amendment rights as human beings.

"We are awash in money because of Citizens United," retiring Republican State Senator Dale Schultz (R-Richland Center) told the Milwaukee Journal Sentinel earlier this year. "It puts good people in both parties in a difficult situation," he said.

Other communities passing referendums opposing Citizens United on Tuesday included Elkhorn, Delavan, Lake Mills, and Edgerton, the villages of Shorewood, Whitefish Bay, Waunakee, Belleville, and DeForest, and the towns of Windsor and Waterloo.

Nationwide, 16 states and over 500 municipalities nationwide have passed resolutions urging Congress to amend the constitution to limit money's influence over politics.