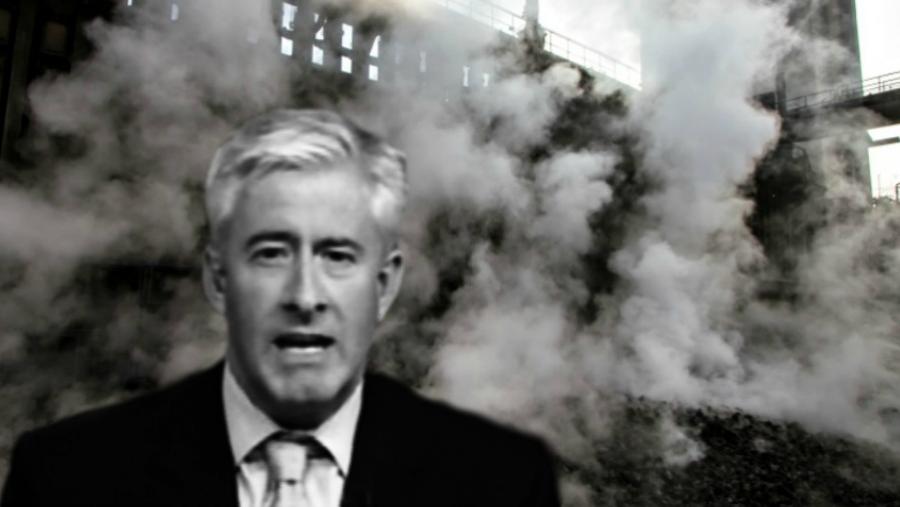 The Energy & Environment Legal Institute (E&E Legal), a group best known for filing lawsuits seeking climate scientists' personal emails, has secretly received funding from Arch Coal, one of the largest coal producers in the United States. The funding is revealed in documents recently filed as part of the Arch Coal bankruptcy proceedings which list the coal company's creditors.

The Arch funding is revealed just months after Alpha Natural Resources, another coal company facing bankruptcy, was identified by The Intercept as providing funding to a group closely connected to E&E Legal, the Free Market Law Clinic, as well as funding directly to E&E Legal's lawyer, Chris Horner. The two organizations share staff and fellows, often working together to bring lawsuits.

Although E&E Legal is listed as a creditor, the Arch court filing does not provide any other details that would indicate the size of the funding nor when any payment or payments were made.

E&E Legal has developed a niche for filing voluminous requests for the emails of climate scientists working at state universities, including their personal emails and for work not yet completed or ready for publication. When E&E Legal doesn't get everything it asks for, it will typically file a lawsuit and take the scientist and university to court.

The Union of Concerned Scientists has said that E&E Legal's tactics amount to the harassment of climate scientists.

In one such case, E&E Legal requested fully 13 years of emails from climate scientists Dr. Malcolm Hughes and Dr. Jonathan Overpeck based at the University of Arizona. The university and the scientists handed over significant quantities of emails, but withheld thousands of others which they said included "prepublication data and drafts." E&E Legal filed a lawsuit against the scientists and the university. The scientists eventually won their case in the Arizona Superior Court but it is pending review by the Arizona Court of Appeals.

Other leading climate scientists, including Michael Mann, James Hansen, and Katharine Hayhoe have also been subject to lawsuits from E&E Legal.

"The volume and frequency of the requests from EELI are designed to antagonize leading climate scientists, wasting their time in drawn out and frustrating lawsuits. They frankly have better things to do, and that's obviously the point of E&E Legal's campaign" Brendan DeMelle of DeSmogBlog, which tracks and reports on climate change denial groups told CMD by email.

The bankruptcy filings for Alpha Natural Resources, revealed by The Intercept, showed direct support from that coal company to Chris Horner personally, as well as to the Free Market Law Clinic.

In 2015, CMD obtained an invitation and other materials from a private and highly secretive annual coal summit, hosted by the CEOs of five coal companies, including both Arch Coal and Alpha Natural Resources, as well as Alliance Resource Partners, Drummond Company, and United Coal Company. Chris Horner was a speaker at the event, which also included then Republican presidential front runner, Jeb Bush.

After the event, attendees received an email signed by each of the five coal company CEOs which hinted at the coal funding for Horner's work: "As the ‘war on coal' continues, I trust that the commitment we have made to support Chris Horner's work will eventually create greater awareness of the illegal tactics being employed to pass laws that are intended to destroy our industry."

That email, suggests that the coal funding of Chris Horner's work may extend even beyond Arch Coal and Alpha Natural Resources.

"It's very telling to confirm that E&E Legal has received Arch Coal funding since their attacks on climate science and harassment of scientists are just what the coal industry is counting on to survive," Brendan DeMelle of DeSmogBlog told CMD.

The Energy & Environment Legal Institute's General Counsel, David Schnare, did not respond to numerous requests to comment for this article.

These organizations with the fancy names are not conservative nor even libertarian. They are financed by billionaires (Koch cronies) who are only interested in acquiring and protecting their vast wealth on the backs of workers and at the expense of taxpayers. The money they spend on lawsuits, lobbying, and bribing officials could and should be collected in taxes rather than going to destroy our democracy. Think of the kind of society we could have if billionaires weren't funding these kinds of efforts!