ALEC in Wisconsin: The Hijacking of a State | PR Watch

ALEC in Wisconsin: The Hijacking of a State 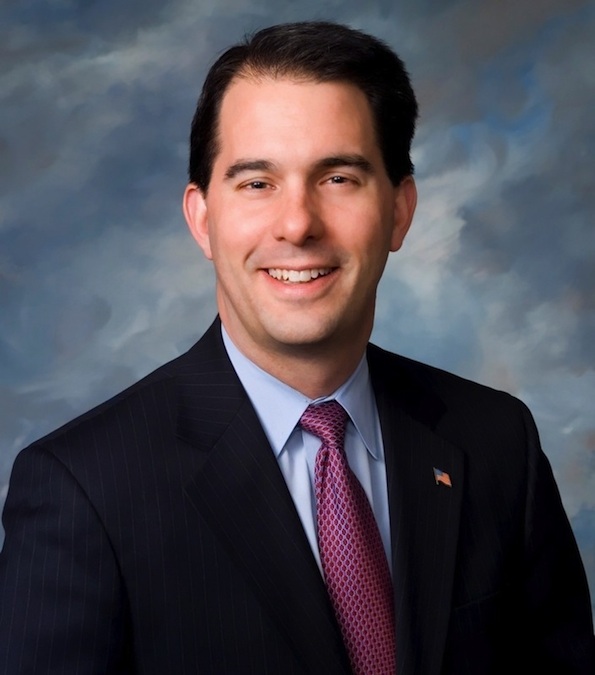 Wisconsinites were shell shocked in 2011 by a wide-ranging legislative agenda in their State Capitol that seemed to come out of the blue. Anti-consumer bills, union busting legislation, voter ID, enormous tax cuts for corporations and the wealthy along with requirements for "super majority" votes to raise revenue were fast tracked through the legislature.

The extreme agenda sparked massive protests regularly topping 100,000 and an 18-day Capitol occupation. In the middle of all this, mild mannered UW Professor William Cronon posted a personal blog speculating that the legislative onslaught may not be home grown, but might have to do with a little known cadre of politicians and corporations known as the American Legislative Exchange Council. The Wisconsin GOP kicked up a media firestorm when it demanded all of Cronon's emails in a fruitless attempt to prove that this highly regarded historian was involved in partisan political activities.

A year later, Professor Cronin's thesis has been upheld by a new report detailing the hijacking of Wisconsin by 49 ALEC members and their corporate sponsors. This massive ALEC caucus (Wisconsin only has 132 legislators), which includes top leadership in both houses, has worked with ALEC alum Scott Walker to transform the state in a manner only an ALEC corporation could love.

Before Milwaukee County Executive Scott Walker ran for governor, he was a state legislator from 1993-2002 and a proud member of American Legislative Exchange Council (ALEC). At ALEC, corporate and legislative members gather behind closed doors to craft and pre-vote on legislation that is later introduced in state houses across the land with no disclosure of its ALEC roots.

In his first year in office, Walker cosponsored "Right to Work" legislation (1993 SB 459) making it harder for public and private sector unions to organize or exist. That bill failed to pass, but Walker kept trying sponsoring "Paycheck Protection" legislation (1997 AB 624), which would make it tough for unions to spend money on elections. He also worked hard to pass "Truth in Sentencing" (1997 AB 351), which would greatly increase the number of inmates in prison at the same time that he attempted to privatize Wisconsin's prison system (1997 AB 634, 1999 AB 176 and AB 519), He also co-sponsored a bill (1997 AB 745) which would have prohibited all state agencies, including higher education, from providing goods and services that could be procured from the private sector, with rare exceptions.

All these measures reflect long-standing ALEC bills and priorities. This week, a new report from the Center for Media and Democracy shows that Walker is still one of ALEC's most able and effective politicians. In the 2011-2012 session, the Wisconsin legislature passed at least 32 bills reflecting 41 ALEC provisions, the vast majority of which were signed into law by Governor Walker.

No doubt the ALEC team trophy is in the mail.

After his election in 2010, Governor Walker delivered a one-two punch only ALEC would love. His first proposal was an "omnibus" tort bill that draws on numerous ALEC templates to make it much harder for Wisconsin families to hold corporations accountable when dangerous products injure or kill their loved ones.

When asked by the Milwaukee Journal Sentinel if Walker was drawing from the ALEC playbook, Walker's press secretary Cullen Werwie replied "absolutely not." But as the bill was pending in the legislature, ALEC sent an email to Wisconsin members stating ALEC "supports this legislation which includes numerous provisions that reflect ALEC's civil justice reform policy and model legislation." The bill benefits Big Pharma and other ALEC firms.

After Act 2 became law, ALEC issued a release applauding team Walker for their "immediate attention to reforming the state's legal system." Walker promoted the bill as needed to entice new businesses to the state; he promised 10,000 new businesses and 250,000 jobs while on the campaign trail.

On Feb. 11, 2011, Walker sent shock waves through the state by introducing a "Budget Repair Bill," which effectively eliminates collective bargaining for state workers -- making way for a race to the bottom in wages and benefits for some 380,000 workers. A key aspect of Act 10 Act, which prohibits the state from collecting union dues, reflects ALEC's Public Employer Payroll Deduction Policy Act. Another key aspect, which does not allow unions to re-certify unless they get the majority of 100 percent of their members to vote, was just approved as an ALEC "model bill" at their May 2012 meeting in Charlotte.

While consumers and working families were most injured by these bills, it did not escape notice that unions and trial lawyers -- who traditionally support Democrats -- were also harmed. In introducing the budget repair bill, Walker said the state was "broke" and he had no other option. In public, he stuck to these talking points with admirable discipline, but he told a different story when talking to his top campaign contributor.

How to Become a Red State? Divide and Conquer

In sworn testimony before Congress in April 2011, Gov. Walker said his controversial measure was not political and that he had no intention of going after the donor base of the Democratic Party. He specifically denied ever having a conversation along those lines. A video recently released by the Milwaukee Journal Sentinel provides evidence to the contrary.

The video catches Walker talking to a campaign contributor in January 2011, before he introduced the union-busting bill. Billionaire Diane Hendricks greets Walker with enthusiasm and asks two critical questions: how he was going to make Wisconsin a "red state" and if he would be implementing "Right to Work" legislation. Walker replies that the "first step" would be "to divide and conquer" the unions through a budget bill dealing with public sector workers. He also discusses legislation to limit corporate liability.

This frank talk to a woman who would later hand his recall campaign committee as single check for $500,000, puts the Walker agenda in a new light.

So How is the ALEC Economy Working for You?

Walker's efforts to dismantle unions and kneecap trial lawyers are completely in synch with the ALEC agenda. CMD's published over 800 ALEC model bills last year and the ALECexposed.org archive reveals that ALEC has dozens of bills to dismantle unions and to protect companies that produce dangerous and deadly products. No other issue area, except perhaps school privatization, contains such a raft of bills.

But what has the Walker/ALEC agenda gotten Wisconsin residents? Rather than delivering the 10,000 new businesses and 250,000 jobs, Walker is down 4,338 businesses from when he took office and the state ranks dead last in job creation according to the most recent Bureau of Labor Statistics data.

The only real winners have been the global corporations that back ALEC and its radical agenda. Walker has received $406,553 dollars in recent years in campaign contributions from ALEC member corporations, and millions more funneled though 3rd party groups by the Koch brothers and Koch Industries, which funds ALEC and sits on the governing board of ALEC. David Koch's Americans for Prosperity, is spending undisclosed millions on TV and is reportedly tasking some 70 staff to the Walker recall election on June 5.

These corporations will fight tooth and nail to prevent the recall of their single best investment.

Thank you so much for your article Mary. I held many of the precepts you cite previously and your article comes as affirmation. I hope that the people of Wisconsin are aware that their vigilant participation in the upcoming recall election of Scott Walker is a testament to the survival or demise of democracy in America as we know it. Nothing less than one vote for one man versus corporate influence over people’s lives is at stake.
Companies like AT&T, Wal-Mart, NRA, Rupert Murdoch's NewsCorp, Koch Brothers, BestBuy and Staples (Bain Capital companies) sit on the board of ALEC. The public and the news corporations are not invited to attend when meetings between the corporate lobbyists get to meet one-on-one with State Senators, Judges, and Governors to discuss wants and desires of the corporations. After these meetings votes are made by all attending lobbyists and government representatives to have ALEC author bills per the voting results. The public has no say in the matter. The news has no knowledge of the voting results. A few months later, legislation is created, that not only is presented to the legislators to pass with a wink wink that political contributions will be forthcoming that they can get credit for and claim is their own legislation if they change a few words, here and there, but presented to other state legislators in other states if they will accept and pass the bills, too. Alec is behind the profit motives of the NRA-backed gun manufacturers and presented more than 20 states with similar "No retreat legislation". Alec is also behind the multiple state attacks on voting rights initiatives, as well as the offensive bills to remove fair pay for women and right wing attacks on the rights of women to choose. Many corporations have dropped off the roles of ALEC, but those I mentioned are still there, along with many more. And Americans, like you and I, are not allowed to voice our vote in these meetings.