Too Much Voting and Not Enough Cash, Say Wisconsin Legislators | PR Watch

Too Much Voting and Not Enough Cash, Say Wisconsin Legislators 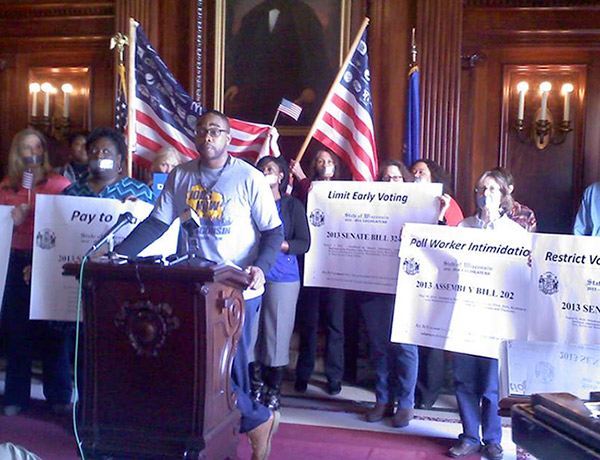 The Wisconsin Senate is poised to vote today on a number of bills that would restrict access to the ballot and increase the influence of lobbyists in the state, despite the strong objections of grassroots and voting rights groups.

Ending Weekend Voting or "Souls to the Polls"

SB 324, authored by Senator Grothman and Rep. Stroebel, would reduce early voting hours to 45 hours a week, limiting early voting to between 8 a.m. and 7 p.m. during the weekdays and effectively ending weekend voting hours. As the Milwaukee Journal Sentinel editorial board has noted, the bill "is unnecessary and has the strong odor of partisan politics." SB 267, authored by Senator Lazich and Rep. Bernier, would enact new burdens to early voting by making it harder to register and requiring voters bring additional documents showing proof of residency, rather than confirming the registrant's address with a postcard after registration.

The legislation is aimed at making it harder to vote for Wisconsin's urban residents in Milwaukee and Madison -- both Democratic strongholds -- whose polling places have stayed open late and on weekends to accommodate the city's large populations. As a result, Wisconsin has largely avoided the excruciatingly long lines that plagued states like Florida.

For some, early voting is a necessity, not a luxury, argues Martha De La Rose, State Director of 9 to 5, which advocates for working women and families. "Sometimes the weekend is the only time our 9 to 5 members can take that opportunity to vote," said De La Rose. 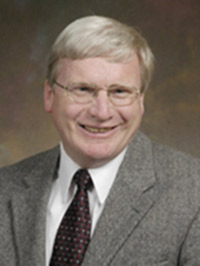 In 2008, President Obama won Wisconsin by 14 points, thanks in part to an aggressive "vote early" campaign where one in five voters cast absentee ballots in-person at their County Clerk's office. After Republicans took control of the state legislature in 2010, they cut the number of days and weekends for early voting in half, from one month before the election to just two weeks. Still there was too much voting going on. In the 2012 elections, at least 392,000 people voted early at their clerk's offices, and Obama again won the state by a sizable margin.

According to Scot Ross of One Wisconsin Now, there is no doubt that "Republicans are seeking to gain unfair partisan advantage" with the bills since it would put an end to the popular nonpartisan "souls to the polls" weekend voter drives traditionally undertaken by black churches. The legislation would have a disparate impact on communities of color in Madison and Milwaukee and would likely prompt a Constitutional legal challenge, said Ross.

Another bill on the Fast Track is AB 396, which would make it harder for residents of nursing homes and assisted-living facilities to vote by requiring the presence of two election officials from each party for every vote.

Increasing the Influence of Lobbyists and Big Money

Another top priority of legislators in the waning days of the session is SB 655, authored Senator Lazich and Senate Majority Leader Fitzgerald, which would make it easier for lobbyists to give money to politicians. Currently, lobbyists can only make campaign contributions after June 1 in an election year; the bill would move that date up to April 15.

Because the bill allows legislators to pick up big campaign checks from lobbyists closer to the time when bills are being debated and voted upon, critics like Mike Wilder of Wisconsin Jobs Now and the African-American Roundtable say the bill is simple "pay to play" legislation.

This bill prompted Jay Heck of Common Cause Wisconsin to ask:

The legislature is also considering a bill that would keep the public in the dark about the sources of money in Wisconsin elections, could make it easier for dark money groups to coordinate with candidates, an issue of particular salience given the ongoing "John Doe" probe into alleged campaign finance violations in the state. SB 654, also authored by Lazich and Fitzgerald, conforms Wisconsin elections law to arguments being made by defendants in a ongoing John Doe criminal invstigaiton in the state, as CMD's Brendan Fischer explains. 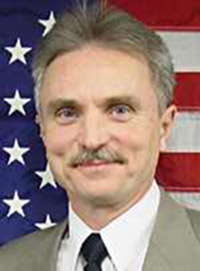 AB 202, authored by Rep. Pridemore, would change the rules promulgated by the state elections board to allow poll observers to stand just three feet -- rather than six feet -- from poll workers. Why does a poll observer have to be so close? CMD put that question to a spokesperson for Rep. Pridemore who said that some observers were having trouble seeing what documents were being offered by new voters as proof of residence.

Indeed, Ardis Cerny, working with a group called "We are Watching Wisconsin Elections" which backs voter ID laws, testified for the bill at a hearing on March 5 saying that she had recently acted as a poll observer and had witnessed a list of inappropriate documents provided as proof of residence (such as a letter from Michele Obama). She had apparently been able to spot these docs from 8 feet away, but thinks it is important for her to be able to loom over poll workers to see the documents herself. She did not say whether or not the poll workers accepted the inappropriate ID.

Nathan Hoffman who testified on behalf of Wisconsin Voices, a coalition of 95 nonpartisan nonprofit groups, testified at the same hearing and put the bill in context. He testified that his group identified a dozen bills to restrict access to the polls in 2013-2014. At the same time the group is observing an increase in hyper-partisan poll observers.

Hoffman said he went to a training for "True the Vote," a controversial Tea Party group charged with disrupting the vote in Texas and producing a phony database in Wisconsin, purporting to demonstrate that recall signatures were fake. Hoffman described an hour long presentation "demonizing political enemies with stories of buses of out-of-state voters, people roaming from poll to poll, and volunteers being given food poisoning and locked in the bathroom," Participants were told "fraud happens at registration that they had to watch it like a hawk."

Hoffman said that he thought volunteers were being fed misinformation to put them on alert and to be fearful. In short, AB202 is designed to "increase conflict and confrontation in polls," says Hoffman.

The Wisconsin League of Women Voters has fielded hundreds of election observers in hotly contested elections across the state and does not have a problem with the current rule. "We feel strongly that the role of the observers is to watch the process, not to do the poll workers' job for them. If you want to be a poll worker, please sign up, heaven knows we need them," Andrea Kaminski told CMD.

She noted that if you are only three feet from the edge of the table, "you are standing right over the poll worker breathing down their neck." When a citizen interacts with a poll worker, she explained, they are interacting with a public worker, in anticipation that any private information will be kept confidential. But standing so close could reveal "private information such has drivers license numbers, bank account numbers and dates of birth could be visible," cautions Kaminski.

AB 202 "is about intimidation pure and simple," says Scott Foval of People for the American Way. "It is inherent harassment to stand over people at such a short distance, and Wisconsin has already experienced several instances of vigilantes who tried to boss people around and run the election themselves which disrupted the vote for hours" before they were removed by the District Attorney.

The New Hampshire Senate, which is under Republican control, just passed19 to 5 a bill making transparent, political campaign contributions and expenditures for NH elections. It now comes to the House, which is under control of Democrats. Ironically enough, Democratic leadership in the House just caused the defeat of the two ALEC bills, one of them mine, urging transparency of the source of "model legislation".
I think this bill has changed. See attached. What is fair when people can make appointments off hours to vote, when in small communities there might be a dozen or two needing this and when in large communities it will be be hundreds if not thousands needing off hours appointments, and it can only be done by one person, the Clerk him/herself? https://docs.legis.wisconsin.gov/2013/related/proposals/sb324