In the Midst of an Investigation, WI GOP Fast-Tracks "Dark Money" Bill 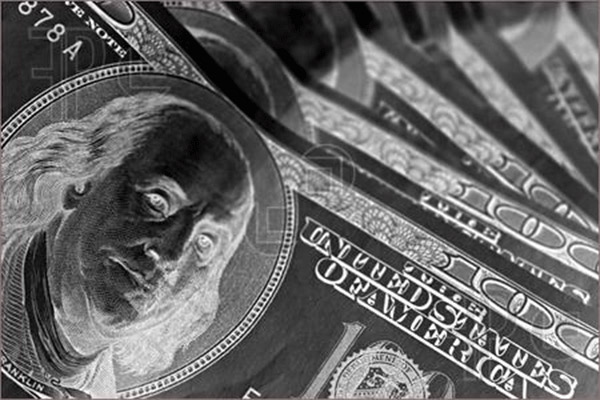 A proposed bill that would keep the public in the dark about the sources of money in Wisconsin elections could also make it easier for dark money groups to coordinate with candidates, an issue of particular salience given the ongoing "John Doe" probe into alleged campaign finance violations in the state.

"Dark money" is a phrase which refers to election spending by nonprofits that exploit loopholes in campaign finance disclosure laws and keep their donors secret by running "issue ads" designed to influence elections. Wisconsin's "dark money" bill was just introduced this week. It is now being fast-tracked in the Wisconsin legislature before the end of session, with little time for the press and public to asses its impact.

Currently, Wisconsin law says that ads supporting a candidate that meet the definition of a "political purpose" are subject to registration and disclosure requirements. Acts for a "political purpose" include ads that expressly call for the election or defeat of a candidate; however, the current definition is "not limited to" such express advocacy.

The bill, SB 654 introduced by Senator Mary Lazich (Chair of the Committee on Elections and Urban Affairs) and Senate Majority Leader Scott Fitzgerald, would change the definition of "political purpose," narrowing the definition to a short list of terms like "vote for" or "vote against," and eliminating language defining political purpose as "not limited to" express advocacy. This means that groups that run ads near an election, discussing a candidate, and supporting or criticizing his or her record, would have no responsibility to register with the state elections board and say who is backing them, as long as their ads don't explicitly include the magic words of express advocacy.

SB 654 would prohibit the state elections board from enacting more specific election disclosure rules in the future -- which the Wisconsin Supreme Court has encouraged. And most importantly, it could open the door to direct candidate coordination with issue ad groups, potentially undermining what remains of Wisconsin campaign finance law.

Prosecutors in the John Doe campaign finance probe are reportedly pursuing a theory of illegal coordination between independent "issue ad" groups and the Walker campaign during the 2011-2012 recalls. A posse of high-powered attorneys have been hired to represent parties in the case and Walker's campaign spent $86,000 in legal fees at the end of 2013.

Wisconsin courts have held that if a group is coordinating on issue ads with a candidate, their spending -- regardless of whether it includes express advocacy -- can be considered a contribution, which under Wisconsin law encompasses both cash donations and the giving of anything of value.

SB 654 could change that. This is because changing the "political purpose" definition also changes how candidate contributions are defined.

Wisconsin Club for Growth (WCFG) and other groups are reportedly under investigation in the John Doe for coordinating with candidates, despite the fact that they ran so-called "issue ads" during the recall elections and declined to disclose their funding sources. WCFG has defended itself by arguing that, because Wisconsin's campaign finance laws do not explicitly address "issue ads," the millions spent on the recall elections don't fall under state law -- and therefore, there is nothing illegal about coordinating with a candidate. SB 654 could be read as an attempt to conform Wisconsin law to WCFG arguments in the John Doe case.

However, in the 1999 case Wisconsin Coalition for Voter Participation v. State Election Board, the Wisconsin Court of Appeals held that issue ad "expenditures that are 'coordinated' with, or made 'in cooperation with or with the consent of a candidate'" can be counted "as campaign contributions."

As a result of that decision, the elections board pursued an investigation into illegal coordination between a campaign led by Mark Block and an "independent" group that sent issue ad mailers, resulting in a settlement where Block was fined and barred from politics for three years. (Block would go on to lead the Wisconsin chapter of the David Koch-founded Americans for Prosperity, and later headed Herman Cain's 2012 presidential run).

The Court reasoned that:

"A contribution, under the law, is '[a] gift ... of money or anything of value ... made for political purposes.' And while, as plaintiffs point out, 'express advocacy' on behalf of a candidate is one part of the statutory definition of 'political purpose,' it is not the only part. Under § 11.01(16), STATS., for example, an act is also done for a political purpose if it is undertaken 'for the purpose of influencing the election ... of any individual ... .'"

In other words, because Wisconsin law broadly defines "political purposes" to include all acts made "for the purpose of influencing the election" -- and contributions are defined as anything of value given for a political purpose -- an issue ad coordinated with a candidate can be a contribution. Contributions that exceed donation limits or are not reported violate the law.

SB 654, though, would add a new provision specifically stating that the definition of "political purpose" excludes any communication that "does not expressly advocate for the election or defeat of a clearly identified candidate," such as issue ads. If issue ads cannot ever be made for a "political purpose," they cannot be considered a contribution, thereby permitting issue ad groups to coordinate with candidates.

As CMD has previously pointed out, if a candidate can work hand-in-glove with a nonprofit like Wisconsin Club for Growth, a secret, multi-million-dollar donation to the nonprofit would have almost the same value as a donation directly to a candidate -- with the same opportunity for corruption, and the same problems with the press and the public not knowing about the true source of the donations. If a secret donor is later given special treatment, the public would be in the dark.

Although a series of U.S. Supreme Court decisions have dismantled many campaign finance regulations, candidate contribution limits and disclosure requirements have consistently been upheld as an important means for curbing political corruption. Under current law, an individual donor can give no more than $10,000 to a gubernatorial candidate, $1,000 to a candidate for Wisconsin Senate, and $500 to a person running for Assembly. Every donation must be reported to Wisconsin's elections board and publicly disclosed.

However, if there is little distance between the issue ad group and a candidate, a million-dollar, secret donation to a group like Wisconsin Club for Growth would be effectively the same as a direct contribution to the candidate, undermining the candidate contribution limits. Because a donation to a candidate-aligned issue ad group would not be publicly disclosed, the public would be unable to track whether the donation resulted in favorable treatment.

Bill Fast-Tracked through the Legislature

The legislation was introduced late on a Monday and quickly scheduled for a hearing on Wednesday, allowing minimal time for public review or comment. The legislative session is almost over, so passage could come quickly. A companion bill introduced at the same time would also change Wisconsin law to allow lobbyists to donate during the legislative session, while bills are being debated on the floor.

Indeed, because of the short notice, the press and public have not had time to assess the legislation. None of the individuals testifying in the March 5 hearing, and none of the articles written about the legislation thus far, have noted the bill's impact on the definition of candidate contributions, or discussed how it would overturn Court of Appeals precedent, or how it would tie the hands of the GAB to enact new regulations.

"It's not fair to the people of Wisconsin" to rush legislation through in this way, said Jay Heck, director of Common Cause Wisconsin. "It's not a good way to make public policy."

I was at the public hearing on Dark Money. There was only one committee member present (the committee chair) along with the bill's author. When I asked why a quorum was not present to hear public testimony, I was blown off with "we don't have to have a quorum for public hearings." This, to my mind is a clear violation of the right to pettition for redress of grievances. We're being intentionally ignored. I did not mince words in my statement. I was not polite. I said that this was not about principles, but about the domination of people by money. I used the F-word..... FASCISM, and held up a picture of Mussoilini and friends hanging by their heels in April 1945. I said "This is where the road to Fascism leads. Let's not take Wisconsin down that road." Was that too controversial to report? I guess so.
Thank you for being on top of the issue and attending the hearing.
If the legislature narrows their definition of "what is political advertising", how soon will it be before revenue-hungry WPR and WPT accept "non-political" advertising, especially from regulated groups? Think pipeline companies, electric power transmission companies, electric power generation utilities, auto dealers, the medical industry, and twenty others. It can't happen here? Please re-consider.