Today, the CMD released a new short film "Keystone PipeLIES Exposed" and major investigative report debunking key claims of proponents of the Keystone XL Pipeline as the State Department solicits comments from the public on its controversial environmental impact assessment. 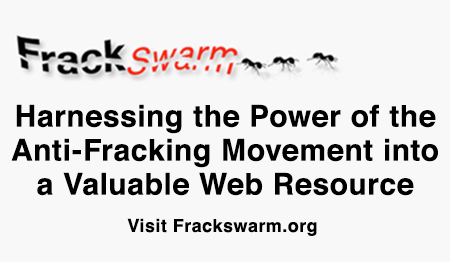 Snow drifts arc along the Interstate as a frigid wind rips through this austere landscape of western North Dakota. The scene is something out of a colorful and lonely C.M. Russell painting. If it weren't for the long line of semi-trucks backed up along Highway 85, leading into the nearby rural enclave of Williston, you may not have any idea there is something huge going on in this remote region that straddles Montana's eastern-most border. 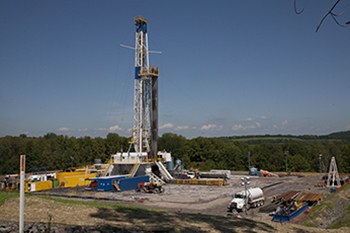 When the Environmental Protection Agency abandoned its multimillion-dollar investigation, which found strong evidence of fracking contamination of water resources in Wyoming in June, industry groups cheered, and environmentalists fumed.

-- by Nick Surgey and Brendan Fischer

The Center for Media and Democracy filed a complaint yesterday with the Nebraska Accountability and Disclosure Commission alleging that Nebraska Senator Jim Smith, a major proponent of the Keystone XL pipeline, failed to disclose significant travel expenses paid for by the Government of Alberta, Canada during Smith's participation in an "Oil Sands Academy" organized by the American Legislative Exchange Council (ALEC). The trip was sponsored by the operator of the Keystone XL pipeline, TransCanada, which may raise additional concerns under the ethics and lobbying code.

In October 2012, nine U.S. state legislators went on an industry paid trip to explore the Alberta tar sands. Publicly described as an "ALEC Academy," documents obtained by CMD show the legislators were accompanied on a chartered flight by a gaggle of oil-industry lobbyists, were served lunch by Shell Oil, dinner by the Canadian Association of Petroleum Producers, and that the expenses of the trip were paid for by TransCanada and other corporations and groups with a direct financial interest in the Alberta tar sands and the proposed Keystone XL (KXL) pipeline.

The American Legislative Exchange Council (ALEC) recently adopted a "model" bill from an oil-industry lobby group, that would limit the ability of states to negotiate regional "low-carbon fuel standards" (LCFS), a mechanism designed to reduce the carbon intensity of transportation fuels. If agreed by states, LCFS could have a significant impact on the sale of fuels derived from Canadian tar sands in the United States, regardless of any decision the Obama administration makes over the proposed Keystone XL pipeline.

The American Legislative Exchange Council (ALEC) suffered a big defeat in North Carolina today when a bipartisan group of legislators killed a bill to repeal the state's Renewable Portfolio Standards, which require utilities provide a certain percentage of energy from renewable sources. ALEC typically operates in the dark but has expressed rare public support for the North Carolina effort. 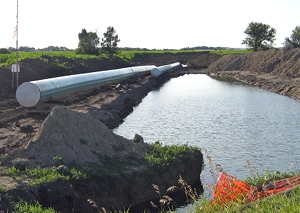 Wisconsin State Senator Glenn Grothman, who made headlines in December for an unprovoked attack on Kwanzaa, has set his sights on another imagined enemy: renewable energy standards. Although Sen. Grothman's latest move is just as ridiculous as his past efforts, this one is part of a national effort backed by the American Legislative Exchange Council (ALEC) and the Heartland Institute.