As efforts to gather enough signatures to recall Wisconsin's Governor Scott Walker got underway, the Walker administration appears to be changing its tune on some issues. Lieutenant Governor Rebecca Kleefisch, who is also a target of the recall efforts, released an ad this week on her campaign YouTube channel, "RebeccaForReal," where she discourages viewers from signing a recall petition so that the state can avoid the cost of a special election. The Lt. Governor argues that the money ($7.7 million is her estimate) should be spent on "what matters most," like school books for kids, health care for the poor, and raises for teachers. 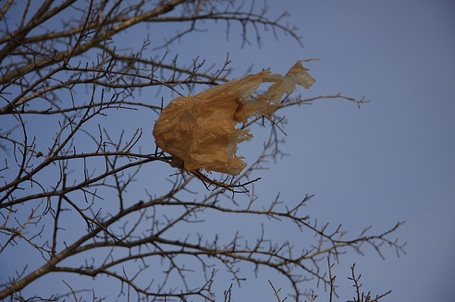 The American Chemistry Council (ACC), a lobbying group representing plastic bag manufacturers, successfully convinced the California Department of Education to rewrite its environmental textbooks and teachers' guides to include positive statements about plastic grocery bags. ACC wrote a letter to education department officials that said in part, "To counteract what is perceived as an exclusively negative positioning of plastic bag issues, we recommend adding a section here entitled 'Benefits of Plastic Shopping Bags.'" The state's final document was, in fact, edited to contain a new section titled "Advantages of Plastic Shopping Bags."

The sudden, rapid push for school voucher programs nationwide is not due to any public outcry or grassroots uprising for these programs. For decades these programs have been a hard-sell with the American public. Instead, a small group of wealthy individuals and corporate-backed, private foundations have been behind these efforts to divert public taxpayer dollars to private and religious schools. Among them is the son of the billionaire co-founder of Amway, Richard "Dick" DeVos, Sr., who advocates dropping the term "public schools" in favor of the term "government schools" and who has poured millions of dollars into groups that advocate "school choice," the term often used to refer to voucher programs. Dick DeVos's wife, Betsy DeVos, who is also the sister of Erik Prince of Xe, the private mercenary firm formerly known as Blackwater, has been even more aggressive than her husband at promoting voucher programs. She launched the pro-voucher group "All Children Matter" in 2003, which spent $7.6 million in its first year alone to promote the adoption of state voucher programs. Betsy DeVos also founded The American Federation for Children in 2010. A PAC of the same name spent $820,000 on Wisconsin state legislative races to elect pro-voucher candidates. The Alliance for School Choice is another DeVos-funded group that promotes vouchers. The Walton Family Foundation (of Wal-Mart fame) has also given millions to push school voucher programs. These are just a small sample of the private, corporate-backed forces working to undermine public schools.

According to news reports, the Charles G. Koch Foundation has bought "the right to interfere in faculty hiring at a publicly funded university." Kris Hundley of the St. Petersburg Times reports that the elder Koch brother's foundation "pledged $1.5 million for positions in Florida State University's economics department. In return, his representatives get to screen and sign off on any hires for a new program promoting 'political economy and free enterprise.'"

It seems wherever Wisconsin Governor Scott Walker goes, protesters seem to follow. This rule held true earlier this week in Washington D.C., when Walker used his newly burnished credentials as an extremist to address a forum promoting the privatization of public schools.

The American Federation for Children (ACF) promotes school privatization and voucher schemes that take away critically needed funds for public education to fund private schools. Inside the Marriott, The American Federation for Children's "School Choice Now: Empowering America's Children" policy summit attracted voucher boosters like Pennsylvania Governor Tom Corbett and Michelle Rhee, the former controversial head of the Washington D.C. public school system. Outside the Marriott, there were around 200 protesters with signs that read "Public Education Not Privatization," "Save Our Schools," and "Vouchers Aren't the Answer." 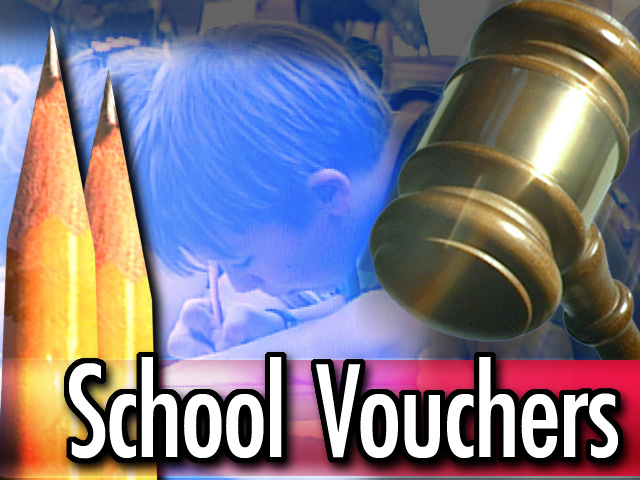