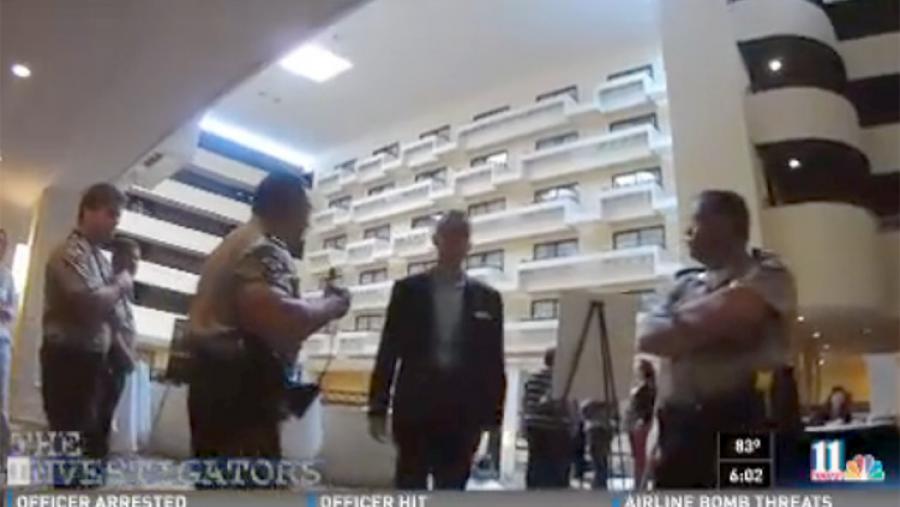 Intrepid reporter Brendan Keefe, of NBC Channel 11 Atlanta, went behind the scenes at ALEC's spring meeting in Savannah, Georgia and caught a lobbyist and a legislator on tape explaining how corporations bankroll lawmakers' resort trips through ALEC. The report quickly went viral. See how ALEC responded to the investigation in this amusing new video from 11 Alive.

The government and different bodies have figured this out long ago. Your story is just the tip of a HUGE iceberg.

A big part of our tax dollars also go to fund a program under United States Code 42 where the feds "commission" the states for creating and maintaining a program for administering support. While that on the surface is a good noble cause on can't ignore the reality that the state employed judges have a huge conflict of interest when they use their often wielded power to impute otherwise inappropriate income on divorced fathers specifically for the purpose of creating a deadbeat when they know their decision is financially unreasonable and unattainable by the father. Since the judge works for the state, the judges employer (the State) is commissioned with MILLIONS of dollars from the Feds annually. It's a double edge sword. We all want true deadbeats to be caught but a larger percentage of the time than not it's a situation absolutely CREATED by State employed Judges (using discretion and bench law) specifically to create a huge profit for their boss, the State. USC 42, sections 658 and related sections spell this out clearly. Since it's covered under the guise of dead beats, noone looks at it and it's just business as usual for the judges, courts, and States.

This sad destruction of families is a sham that's been expertly carried out for years. Who pays the bill for it? We, the tax payer pay the feds for the monies that they send to the states in the form of "commissions". This extra profit the states get to keep is a better than a tax because they don't have to declare it to Joe taxpayer and they can certainly hide it by declaring they're doing society a favor by tracking down bad guys, even most aren't bad dads or bad people, just victims to state sanctioned dad-witchs hunt for profit. The Feds love it because it also put into place under USC 42, section 666 a monitoring system that gives them GREAT power to monitor and evan take away licenses (hunting, gun, fishing, driving, doctor, CPA), passports for travel (even if its for their job) of those men that fall to the demise of the State Judges overreach for profit. This ties nicely into federal monitoring of our individual e-mails, accounts, and phone information.

I'm sure there are more scams out there that we don't even know about. You've just found one of many. Thanks for the article!