Working to Make A Difference (In Their Favor): The Arts Dollars of Philip Morris | PR Watch

Working to Make A Difference (In Their Favor): The Arts Dollars of Philip Morris 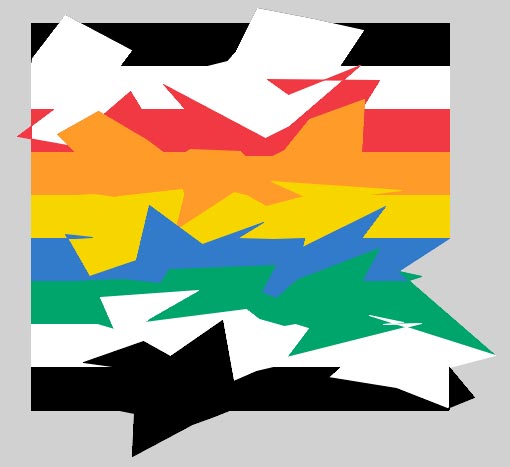 Cigarette maker Altria/Philip Morris (PM) recently announced that it is moving its New York headquarters to Richmond, Virginia, and that it will end its corporate sponsorship of the arts in New York. Predictably, New York arts organizations are crying over the loss of cigarette dollars. These organizations sadly believe that their acceptance of PM dollars has been benign. In truth, these organizations have helped PM advance its credibility and legitimacy with policymakers, and have done tremendous harm to the country.

We can no longer put our heads in the sand about the implications of accepting tobacco dollars. Tobacco industry documents are rife with insights about the public relations benefits tobacco companies derive from sponsorship of arts, culture, sports, and music.

Arts sponsorship is nothing more than a branch of PM's "third party strategy," a massive, decades-long public relations plot to gain political support from diverse groups that under normal circumstances would never come to the aid of a tobacco company. The third party technique is described in a transcript of a 1984 PM Corporate Affairs World Conference,

Accordingly, PM has long used generous support of the arts to achieve its desired credibility, clout, leverage, access and power.

A 1990 Philip Morris Corporate Affairs memo reveals that PM's uses sponsorships to "create goodwill that benefits PM by influencing public opinion, which turn is used by us to influence political opinion/action." The memo says that company involvement in community programs "can only be of real value [to PM] if they succeed in gaining us political friendships and the opportunity to engage key Government decision makers..."

Arts sponsorships allow the company to activate arts groups to support or oppose key legislation regarding tobacco products. In 1994, when a proposal was introduced to restrict public smoking in New York, PM threatened to withdraw its arts sponsorships as a way to motivate arts groups to oppose the measure. An October 5, 1994 New York Times article titled "Philip Morris Calls In IOU's in the Arts," reported that PM executives "telephoned arts institutions that had benefited from their largesse" and asked them call New York City council members to "put in a good word" for the company with respect to the proposal. Many arts groups acquiesced.

Arts groups are particularly susceptible to PM's influence because they are such financially needy groups. PM has clearly exploited this weakness to advance their corporate agenda.

Philip Morris' products contribute to the painful, suffocating deaths of over 400,000 Americans every year. Far more people are regularly killed by smoking than have ever been killed by terrorist acts nationally, or worldwide. Given the exposure of the tobacco industry's previously secret, internal documents, there is no longer any shred of doubt that PM's corporate philanthropy, including giving to the arts, is carefully tailored to advance the company's political interests and help stave off effective regulation of its products.

New York City arts groups should be grateful the decision to forgo tobacco funds is finally being made for them, and move on to procuring more legitimate funding.

Perhaps PM's philanthropy would endow a spellchecker in return for a little discreet non-derogatory product placement. ;-) I hadn't known PM supported art other than billboards with lips blowing real smoke rings. Enlightening!
An Editorial in the October 9 <em>New York Times </em>titled [http://www.nytimes.com/2007/10/09/opinion/09tue4.html?ex=1192766400&en=8f7be71290abb4a3&ei=5070&emc=eta1 End of an Era in Arts Funding], essentially agrees with this blog. Incidentally, there is absolutely no reason that Philip Morris/Altria has to stop funding the arts in New York City. Just because their headquarters won't be there any more doesn't mean they have to pull these dollars. PM funds plenty of activities in places where it does not have offices, and PM can certainly can afford to continue offering its support, even from Richmond. The reasons why PM/Altria pulls funding, particularly in such a visible way, are political. In this case, it is likely to make an impression on a locale that has taken significant steps in recent years to end smoking in workplaces and public places, thus helping to set a trend now being rapidly followed in the rest of the country.
<blockquote>...[T]here is absolutely no reason that Philip Morris/Altria has to stop funding the arts in New York City. </blockquote> You seem to have ambivalent feelings -- you despise the source of the money but don't want to give up what it buys. Easy for me though it is to say it, I think it's better in such cases to think of it like biting the bullet and quitting smoking cold turkey. Good riddance to 'em.
No ambivalence. The addendum was to point out PM/Altria's motives for withdrawing the funds. As with money the company gives, funds it withdraws also have a political purpose. Anne Landman