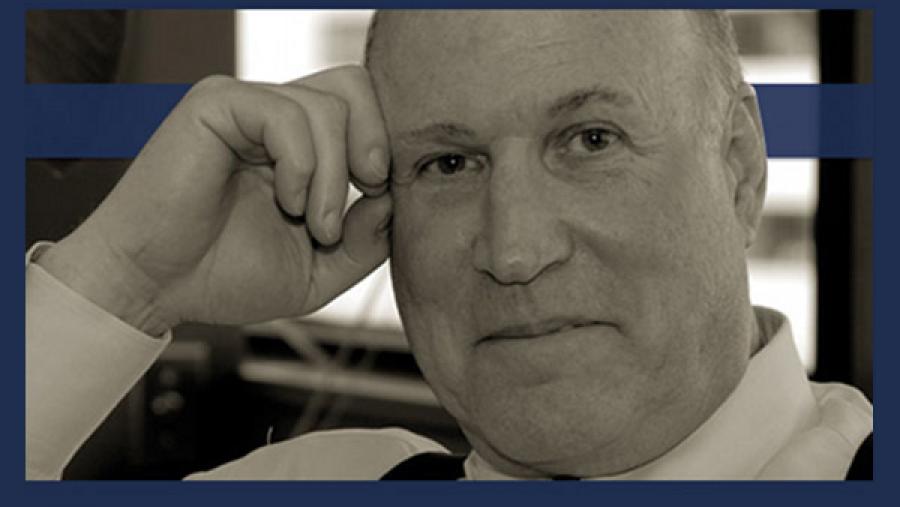 Rick Berman, the king of corporate front groups and propaganda, has been caught on tape detailing his attacks on public interest groups in the labor and environmental movements, including on efforts to increase the minimum wage for workers.

As noted in a new story by Eric Lipton at The New York Times, Berman met with energy company executives at the posh Broadmoor Hotel earlier this year to raise money from them to attack groups representing citizens concerned about clean water, clean air, and the future of the planet. But Berman's "win ugly" tactics apparently did not persuade all of his prospective clients for his lucrative business of creating tax-exempt non-profit front groups that then contract with his for-profit PR firm to give corporations cover for his attacks on their opponents. The way Berman profits from this arrangement has spawned a legal complaint to the IRS.

An audio tape of Berman and his associate, Jack Hubbard, has been provided by a person at the Broadmoor event to the Center for Media and Democracy, which publishes PRWatch and has long tracked Berman's deceptive PR operations.

Readers can listen to the full tape here and read the transcript here.

Preaching to his audience, Berman's remarks reveal a kind of Ten Commandments from the Dr. Evil playbook:

Meanwhile, Berman and Co. attack public interest groups for their donors and try to label opponents as "hypocrites" whenever possible even as he goes to great lengths to hide the money trail between him and some of the dirtiest industries on the planet.

The tape reveals more about Berman's targets beyond Greenpeace, Sierra Club, and unions, such as Food and Water Watch, the Park Foundation, the Humane Society, and Rep. Jared Polis. But they are in good company as Berman's targets alongside activist leaders like Robert Redford, Randi Weingarten who leads the American Federation of Teachers, and Tom Steyer, who is publicly known for funding efforts to protect the environment. Other Berman celebrity targets include Lady Gaga and Yoko Ono. (CMD--which launched ALECexposed.org and publishes PRWatch.org, SourceWatch.org, KochExposed.org, OutsourcingAmericaExposed.org, NFIBexposed.org, and other investigative sites--is also one of the groups targeted by Berman and his buddies in recent months.)

Undoubtedly, there will be more to come on Berman's tactics and operations.

Well, I am GLAD Mr. Berman is going after the H$U$! Someone needs to shut them down. The H$U$ is the reason egg prices have gone up 250% in the last six months. H$U$ is also the main force behind the 70% DROP in horse prices. H$U$ also works on people's emotions, not their intellect. He is just fighting fire with fire.
First out of the box with talk of egg prices up 250%? Not where I live, what planet are you on? Perfect example of what this low-life piece of filth does for a living comes floating to the top of the list like the turd that it is. What a pantload you are.
They are up, go to the store and buy some like I did yesterday. Why all the vulgarity?
AND AS WELL, IT WAS NOT ONLY HSUS THAT HAS CAUSED HUMANE TREATMENT LAWS TO BE ENACTED IN THE LIVESTOCK INDUSTRIES, FUR INDUSTRIES.