The Emperor Doesn't Disclose: Why the Fight Against Fake News Continues | PR Watch

The Emperor Doesn't Disclose: Why the Fight Against Fake News Continues

Like much news that's damaging to the Bush administration, the report came out on a Friday. 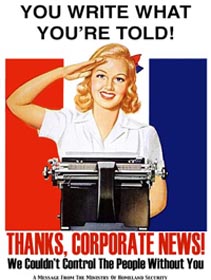 Since then, it's gotten little media attention -- just 41 mentions in U.S. newspapers and wire stories, according to a news database search on October 11. That's remarkably sparse coverage for a story showing that the U.S. government has been engaged in illegal propaganda aimed at its own citizens.

On September 30, the nonpartisan, investigative arm of the U.S. Congress, the Government Accountability Office (GAO), announced that several aspects of work done for the Department of Education by the public relations firm Ketchum violated federal law. Taxpayer-funded projects carried out by Ketchum or its subcontractors -- including Armstrong Williams and Karen Ryan -- constituted "covert propaganda" or "purely partisan activities," according to the GAO.

Yet, what the GAO has condemned, administration officials seem to consider business as usual.

In one such disputed activity, a Ketchum subcontractor wrote an article about an Education Department study of "parents' views on the declining science literacy of students." The article ran "in numerous small newspapers and circulars throughout the country," with no disclosure of "the Department's involvement in its writing." Similar practices also happened under another Education Department contract with the same company, the GAO noted.

A different subcontractor produced a prepackaged television news story, or video news release (VNR), on tutoring and other student assistance programs included in the No Child Left Behind Act (NCLB). Karen Ryan, a PR flack who misrepresents herself as a reporter on the VNR, closes the segment with, "This is a program that gets an A-plus." The Education Department has defended the VNR as containing only "factual information." The GAO found it to be "covert propaganda," not because of its content, but because the Department's role in commissioning, directing and funding the piece was not disclosed to viewers.

In the third case, the Ketchum firm analyzed "media coverage for the messages associated with the No Child Left Behind Act ... in trade and consumer media outlets." While the GAO found "the media analysis as a whole" to be "within the information functions authorized," it ruled that one message Ketchum scanned media reports for -- "the Bush administration / the GOP (Republican Party) is committed to education" -- was prohibited, since it served "purely partisan purposes." The GAO urged the Education Department to be "more diligent in its efforts to ensure" that future analyses are "free from such explicit partisan content."

Lastly, the GAO reviewed the activities of conservative commentator Armstrong Williams, whose PR firm, the Graham Williams Group, was yet another subcontractor on the Education Department -- Ketchum agreement. The GAO found that "the Department violated the publicity or propaganda prohibition when it issued task orders to Ketchum directing it to arrange for Mr. Williams to regularly comment on the NCLB Act without requiring Ketchum to ensure that Mr. Williams disclosed to his audiences his relationship with the Department."

According to his monthly work reports, Williams undertook "168 separate activities" to promote NCLB, including "speeches, interviews, appearances, and a published newspaper column." While no details are available for the vast majority of these activities -- raising the question of whether Williams' work even warranted the $186,000 he received on his $240,000 contract -- what is known is that Williams "did not regularly, if at all, disclose to his audiences or the colleagues he was to influence that he had been hired" by the Education Department.

What You Don't Know Can Propagandize You

In addition to documenting and condemning these taxpayer-funded "covert propaganda" and "purely partisan" activities, the recent ruling reiterated the GAO's strong standard for determining when government-funded VNRs (or, presumably, their radio cousins, audio news releases) are illegal:

The failure of an agency to identify itself as the source of a prepackaged news story misleads the viewing public by encouraging the viewing audience to believe that the broadcasting news organization developed the information. The prepackaged news stories are purposefully designed to be indistinguishable from news segments broadcast to the public. When the television viewing public does not know that the stories they watched on television news programs about the government were in fact prepared by the government, the stories are, in this sense, no longer purely factual -- the essential fact of attribution is missing.

This common-sense standard is similar to what the Federal Communications Commission (FCC) wrote in its April 2005 Public Notice: "Listeners and viewers are entitled to know who seeks to persuade them."

To defend its stance, the GAO didn't just rely on common sense. It pointed to 20 years of precedent, including Comptroller General rulings and Congressional measures, most recently a May 2005 act mandating "a clear notification within the text or audio of the prepackaged news story that [it] was prepared or funded by that executive branch agency."

There's just one problem -- that's not how the Bush administration sees it.

The Justice Department's Office of Legal Counsel, the Office of Management and Budget and, more recently, the Department of Education's Inspector General have all rejected the "audience must know" standard. Instead, they argue, hidden government involvement in the news is fine, as long as government messages are "informational" and not "persuasional." Incidentally, these offices haven't elaborated on how to distinguish between information and persuasion, but, as noted above, they think it's just "informational" when a VNR features a faux reporter declaring that an administration program "gets an A-plus."

Which standard -- "audience must know" or "covert 'information' is OK" -- will win the day? And will that standard be enforced? How these questions are answered will, in effect, determine how much trust U.S. residents are able to place in what they read, hear and see reported on the policies and activities of their government.

The bad news is that the GAO can not enforce its ruling and the Bush administration claims that audience disclosure is beside the point. The good news is that both Congress and the FCC have indicated that they intend to address the use of VNRs and other forms of media manipulation. Even more importantly, the U.S. public doesn't want to be exposed to hidden propaganda.

What You Can Do To Save the News

We, the public, can achieve real change by demanding an end to such "fake news," through informed, articulated and directed dissent. That's why the Center for Media and Democracy and the media reform group Free Press launched a letter writing campaign last week, calling for the Education Department's transgressions, as documented in the GAO report, to be prosecuted "to the fullest extent of the law."

Imagine the impact it will have if we deliver tens of thousands -- better yet, hundreds of thousands -- of these letters to Attorney General Gonzales and the heads of the Congressional Judiciary and Appropriations committees. If you haven't yet, please send a letter today by clicking here. If you've already sent a letter, please forward the link to five or ten friends, explaining why this is such an important issue.

There are many ways that you can make a difference, as we point out on our frequently-updated "No Fake News!" campaign page.

This fall, further action is expected on Senate Bill 967, the Truth in Broadcasting Act. This is the strongest measure before Congress that deals with fake news. It would require clear on-screen or audio disclosures for all government-produced VNRs and audio news releases (ANRs). Even if you've already contacted your elected representatives on the issue, call them again to reiterate your support for the Truth in Broadcasting Act and to urge that a companion measure be introduced in the House.

The FCC is poised to take action on VNRs, as well. In April, the Commission issued a Public Notice and asked for information on how broadcasters use VNRs. (You can read the comment filed by the Center and Free Press by clicking here.) The FCC's deliberations are especially important, since, unlike Congress, their regulations would apply to fake news from all sources, both government and private -- and corporations are by far the largest purveyor of VNRs and ANRs. 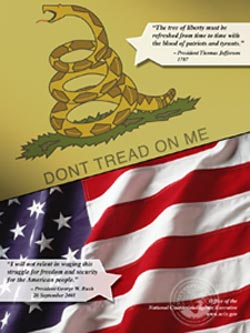 Lastly, tracking the PR firms, government agencies and third party endorsers in the fake news business is exactly what SourceWatch -- the Center's online encyclopedia of people, issues and groups shaping the public agenda -- was designed to do. We've started SourceWatch articles on the ten groups identified as recipients of Education Department grants for public relations purposes:

Help us add to these articles with background information, links to relevant news stories, examples of Education Department PR -- whatever you can document! Through its high ranking on Internet search engines and its large and growing database, SourceWatch makes relevant, detailed information easily accessible to reporters, bloggers, educators, citizen researchers and others who, like you, care about the state of the media.

What better way to counter propaganda than with transparent, collaborative research? As French screenwriter Jean Anouilh wrote, "Propaganda is a soft weapon; hold it in your hands too long, and it will move about like a snake, and strike the other way." With your help, the snake will not just be deflected, but defanged.

<p><i>PR Week</i> published a [http://www.prweek.com/us/sectors/crisis/article/521887|report on October 12] saying that PR industry reforms in the wake of the fake news scandal are "inconclusive":</p> <blockquote><p>The impact of recent scandals over government PR contracts will likely be felt for a long time. So why has the PR industry's reaction been so spotty? ...</p> <p> In the wake of the high-profile controversies, many firms pledged to tighten up practices and formalize codes of ethics to ensure that no disclosure issues would ever damage the credibility of their work. ...</p> <p>In the weeks following the story, <i>PR Week</i> reported, sometimes in painstaking detail, the industry's response to the situation, including urgent calls for reform among agencies. But on the whole, individual agencies' responses to the issue of transparency have not been as noticeable. Indeed, some firms have taken steps to address the issue, while others have been more discreet.</p> </blockquote> <p>... all of which is a delicately worded way of saying, "all our talk about reform was just empty blather."</p>