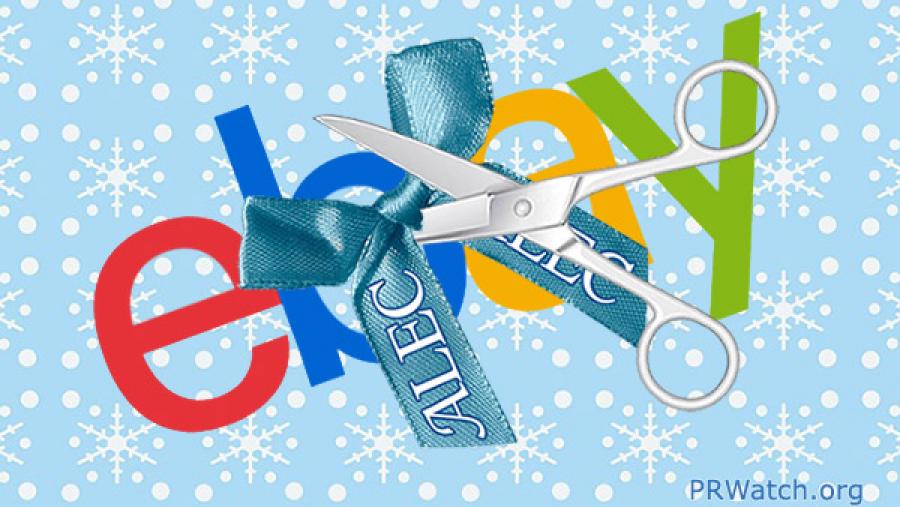 "We are not renewing membership in ALEC," eBay tweeted on the afternoon of December 18.

The Center for Media and Democracy (CMD) had joined the climate change awareness group Forecast the Facts, Credo Action, and others in asking eBay to leave what Reuters called the "controversial political group ALEC" in recent weeks. A Twitterstorm on December 17 was followed by the delivery of a petition containing nearly 100,000 petitions to eBay's headquarters in San Jose, California on December 18. eBay's announcement came shortly after.

The company had been a member of ALEC's Communications and Technology Task Force, which has opposed net neutrality and sought to prevent municipal broadband.

The recent exodus of technology firms from ALEC has come following increased awareness of the group's role in teaching state legislators climate change denial during its closed door meetings.

Google cut ties to ALEC in September, with Google chairman Eric Schmidt saying on NPR that the company "should not be aligned with such people" as ALEC because "they're just literally lying" about climate change.

In the wake of these companies' departure, ALEC spokesperson Bill Meierling insisted, "We are not climate-change deniers, we’re not anything of the sort."

But the group hosted well-known climate change denier Craig Idso along with "a number of panels and presentations amplified the views of climate change skeptics" -- including one "extoll[ing] the benefits of fossil fuels as well as the increased amounts of carbon being trapped in the atmosphere by human activity" -- at its "States and Nation Policy Summit" in Washington, D.C. earlier this month, as reported by Al Jazeera.

eBay is the 100th corporation to cut ties with ALEC since CMD and The Nation launched ALEC Exposed in July 2011.