Salt Lake City -- A close look at the annual meeting brochure of the American Legislative Exchange Council (ALEC) shows that anti-corporate campaigners are having an impact on the secretive "bill mill" that brings politicians and corporate lobbyists together behind closed doors to craft, amend, and vote on "model" legislation. 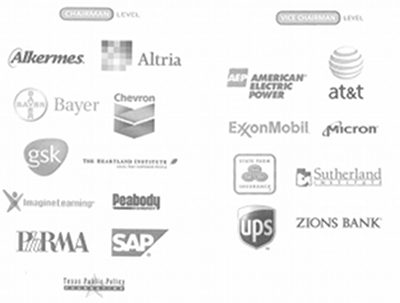 Missing from this donor level from last year are: Mega Retail: Wal-Mart and the Walton Family Foundation; Some Big Oil/Coal (ExxonMobil, Shell, American Electric Power, and AmericasPower.org): Some Big Drug (Allergan); Big Insurance (UnitedHealthCare and State Farm): and Big Telecomm (AT&T), as well as the Lumina Foundation and Big Credit (VISA and EZCorp, a huge payday loan company). At least two of these companies have announced that they left ALEC earlier this year: Wal-Mart and the Lumina Foundation.

Even though ExxonMobil, State Farm, and AT&T remained on ALEC's governing corporate board, they apparently gave less money to underwrite this year's convention. They were only "Vice Chairmen" when it came to funding this convention, along with UPS, which apparently delivered at the same level this year as last. American Electric Power donated at this reduced level of funding. The other three donors at this level are another SPN special interest group, the Sutherland Institute, and the Utah companies Zions Bank and Micron.

Last year, 16 corporations were listed as Vice Chairmen; this year it's eight. Not listed but by no means gone are Koch Industries and the Franklin Center. Not listed at this level and among the corporations that have dumped ALEC: Johnson & Johnson and Intuit. Missing from this level of funding, compared with last year, and not apparently underwriting ALEC's convention: Pfizer, FedEx, Sanofi, Louis Dreyfus Commodities, and Together RX Access. Not unexpectedly, three Louisiana companies that helped sponsor ALEC's New Orleans convention last year are also not listed. A round of calls revealed that Louis Dreyfus is no longer a member, but FedEx is standing strong. Pfizer refused to respond to requests for clarification of their ALEC status. 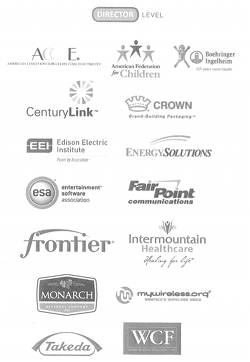 The next two levels of ALEC convention underwriting are similarly diminished, with 23 corporations at the lowest levels of sponsorship this year compared with 45 last year. Companies no longer listed that have publicly left ALEC include: Amazon, BlueCross BlueShield, Kraft, HP, and Walgreens.

But other companies have stuck with ALEC and helped underwrite the Salt Lake convention, such as anti-public school operations funded by the Amway family fortune through right-winger Betsy DeVos: the American Federation for Children; the Crown corporation, which is pushing legislation to escape responsibility for people injured or dying from asbestos; the American Coalition for Clean Coal Energy; Takeda Pharmaceuticals; and CenturyLink (formerly Qwest, a telecommunications company). Apparently new to ALEC convention sponsorship is something called the Workers Compensation Fund and a few other new groups.

The NRA was also no longer listed as a member-level sponsor, but that did not stop it from having the biggest and most prominent booth in the ALEC convention hall or sponsoring a gun fest for ALEC legislators and lobbyists this week in conjunction with Browning, a subsidiary of one of the biggest sellers of machine guns in the world.

At session after session in Salt Lake, legislative leaders of ALEC like Wisconsin Senator Leah Vukmir -- who has now joined Scott Suder and Robin Vos as ALEC state co-chairs alongside energy lobbyist Amy Boyer -- went out of their way to give thanks to ALEC's corporate sponsors. Those sponsors continued to underwrite what ALEC likes to call the "largest individual membership association for state legislators" -- always omitting the fact that over 98% of its revenue typically comes from corporations and sources other than legislative dues.

As of ALEC's 2010 tax filings, it counted about $7 million in revenue. Its income this year and last year is unknown. But last year's conference was filled with favorable press coverage and bankrolled by at least 82 private sector corporations as convention underwriters.

This year, only 36 corporations were willing to have their logos listed as paying for ALEC's schmooze and booze affair. Not all 46 of those missing corporations have left ALEC, but dozens have fled the sunshine that CMD and other investigative journalists, advocates, and concerned citizens across the country have focused on ALEC and the power it has given to corporations to try to rewrite hundreds of laws across the United States.