The American Legislative Exchange Council (ALEC) not only allows corporations and special interests to hand state legislators "model bills," but also provides a vehicle for ALEC's corporate members to buy influence with legislators through gifts of flights, hotel rooms, and other perks denominated as "ALEC scholarships," according to information obtained through open records requests. 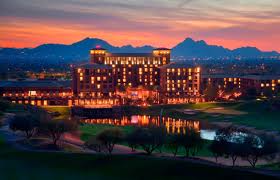 ALEC's annual meetings and task force summits are usually held in vacation spots like New Orleans and at swank resorts like the Westin Kierland Resort in Scottsdale, Arizona. Most state legislators only work part-time and earn, on average, about $46,000 a year, so for many politicians these destinations and resorts would be unaffordable. Lucky for ALEC legislators, ALEC's corporate members bankroll their flights, hotel rooms, and meals.

As a further incentive to attend ALEC meetings, elected officials are encouraged to bring their families, and offered subsidized childcare for kids six months and older called "Kids Congress."

In most states, ethics laws prohibit companies or organizations with an interest in the outcome of legislation from offering gifts above a certain value to legislators (or their families). Additionally, lobby laws in many states prohibit corporations that employ lobbyists from offering anything of significant value to elected officials.

ALEC member corporations covering hundreds or thousands of dollars worth of plane tickets for lawmakers and hotels for them and their families raises serious concerns about such gifts under many states' ethics and lobbying laws. But by calling this spending a "scholarship" and filtering it through a bank account designated as the "ALEC scholarship fund," corporations have, so far, been maneuvering around laws designed to limit improper influence. Watchdog groups like CMD, Common Cause, People for the American Way, Progress Now, and others are calling these practices into question.

According to ALEC's bylaws, scholarship funds are raised from corporate and special interests in each state by the ALEC "Public Sector State Chair" (a legislator) and the "Private Enterprise State Chair" (a representative from the private sector, usually a lobbyist).

Based on documents obtained through open records requests by DBA Press and the Center for Media and Democracy (CMD), it appears the contributions typically are made via a corporation's lobbyist. For example, contributions to the Ohio ALEC scholarship fund included $1000 from an Eli Lilly lobbyist and $10,000 from a Time Warner Cable lobbyist, in addition to many other contributions.

In 2010, the Pharmaceutical Research and Manufacturers of America (PhRMA) reported in public IRS filings that it gave a $356,075 contribution to the "ALEC Scholarship Fund" in Wisconsin, and told CMD in March 2012 it was directed by ALEC to send the entire contribution to the address of Wisconsin's Private Enterprise State Chair. In a more recent press release, ALEC claims that only $2,500 of that contribution went to Wisconsin legislators, but with no public accountability this cannot be independently verified.

Those contributions to the ALEC "scholarship fund" are used to pay for legislators' flights and hotel rooms. As CMD has documented, ALEC's corporate members pay tens of thousands to be present at ALEC meetings -- and even more to be the named corporate sponsor of lunches, dinners, or receptions -- and by making additional contributions to fund legislative "scholarships," companies help ensure that elected officials also attend.

"Because of your help and others like you, the trip to ALEC was made possible for our legislators," writes Ohio State Chair John Adams to AT&T lobbyist Bob Blazer, in an August 26, 2010 letter obtained through open records requests. "Thank you also to AT&T for their generous contribution."

Around a dozen identical letters from State Chair Adams to the lobbyists for corporate contributors were found through the same open records requests, as well as a template email that could be duplicated and sent to corporate donors.

"I can't say thank you enough for making our trip out to San Diego for the ALEC conference such a success," Adams writes in each of the letters.

But What about Ethics Laws?

So how do these corporate gifts avoid state ethics and lobbying laws?

Many state ethics and lobbying laws prohibit gifts like hotel rooms and plane tickets if they come from lobbyists or organizations that employ lobbyists in the state. However, some legislators have managed to write an explicit exception for ALEC or similar organizations into their state laws.

Ethics boards in other states have sanctioned the scholarships on the grounds that the check officially comes from ALEC. It appears that these ethics boards are confused about how the ALEC scholarship program actually works, erroneously believing that while ALEC may receive corporate funding, ALEC itself provides the scholarships or designates the recipients. This is not the case.

Indeed, ALEC has insisted in signed documents filed with the IRS that it provides no scholarships. The organization says it acts like a bank, holding the corporate money raised in a particular state in a "trust" -- a segregated account designated by ALEC -- but does not control the disbursement of the funds. ALEC asserts that it therefore need not report the income or expenses of the funds used for scholarships.

In its 2010 filing with the IRS, the organization attested that the scholarship funds "are not considered revenue and expenses of ALEC." The organization wrote that "ALEC is the recipient of funds from various outside organizations and individuals which are to be used exclusively for scholarships on behalf of State Legislators," but the funds are not considered revenue or expenses because "the State Chair retains the exclusive right to determine the expenditures."

In that year's IRS filing, ALEC listed the amount held in the scholarship fund at the end of the year as a liability held in "escrow," and made similar notations in 2009 and 2008.

In 2007, ALEC's IRS form included the question, "Did the organization make grants for scholarships?" (a question not included in subsequent forms); ALEC answered "no."

In March, CMD filed a complaint with the Wisconsin Government Accountability Board alleging the scholarships violated the state's ethics and lobbying laws. In that complaint, CMD wrote:

It makes little sense to prohibit corporate principals and lobbyists from offering anything of value to public officials, but to allow such giving if it is filtered through a segregated ALEC "scholarship fund." By analogy, corporations or individuals would not be able to avoid Wisconsin ethics and lobbying laws by depositing funds into a bank account, then asking a designated state legislator to distribute the funds to other legislators that share the agenda of the corporations or individuals that made the deposits.

ALEC responded by providing a letter it had sent to the ethics board in 2010 seeking an exemption from Wisconsin's ethics and lobbying laws. It told state officials that the scholarships did not count as gifts because the scholarships were provided by ALEC and administered by ALEC, the opposite of what it told the IRS and describes in its public bylaws. CMD filed a followup letter with the Government Accountability Board in April documenting these contradictory claims.

Adding to the obfuscation surrounding the corporate-funded ALEC "scholarships" is the limited and misleading disclosure of the gifts of flights, hotel rooms, and meals.

It appears that the so-called scholarships are awarded as reimbursement -- meaning a legislator fronts the costs for their ALEC-related travel, then asks to be repaid from the ALEC scholarship fund.

Many states that have formally sanctioned the corporate-funded ALEC "scholarships" nonetheless require that elected officials disclose their receipt of these gifts. In states like Wisconsin, this has led to a patchwork of disclosure, with elected officials reporting reimbursement on their statements of economic interests if they front the initial costs from their personal funds, but reporting on their campaign reports when they get reimbursed for an expenditure made from their campaign account. Other legislators do not disclose their receipt of an ALEC scholarship at all. All of this makes it difficult to track which elected officials are receiving gifts, and to determine whether those gifts could have influenced legislative activity.

The lack of transparency is compounded by the fact that ALEC does not disclose which companies contribute to the scholarship fund. While the public may not know which corporations are funding their elected officials' flights and hotel rooms, DBA Press and CMD have learned that ALEC's legislative leaders have been told precisely which corporations have given and how much. Some of the documents even show state legislators asking companies directly for a scholarship donation.

Accordingly, even if elected officials were to consistently report reimbursement from "ALEC," such disclosure would not demonstrate which interests are funding legislators' trips to resorts for ALEC meetings. The "scholarships" are funded by corporate lobbying principals, not ALEC -- ALEC has specifically and repeatedly told the IRS that it provides no scholarships. The true sources of the scholarships are corporations that employ lobbyists.

And those corporations have an interest in seeing certain legislation introduced and passed.

The thank you letter from the ALEC State Chair in Ohio, Rep. John Adams, to the lobbyists funding the Ohio ALEC scholarship fund implies that those corporate contributions might encourage legislators to introduce ALEC model legislation favorable to the donor's interests.

"With information that is disseminated at [ALEC] meetings, my desire is that the Ohio Legislature will pass and repeal laws to make Ohio a much more business friendly state," Adams writes. "Because of your help and others like you, the trip to ALEC was made possible for our legislators."

It seems unlikely that corporate lobbying principals fund legislators' travel expenses to ALEC meetings out of generosity. These expenditures are likely considered investments. And companies making an investment usually expect a return.

ALEC, in fact, has referred to itself in just this way. As Common Cause notes in their complaint with the IRS challenging ALEC's non-profit status, "ALEC boasts about how frequently its bills are introduced in state legislatures to show its influence over the legislative process." In one annual scorecard, ALEC Executive Director Samuel Brunelli told its corporate funders that with hundreds of ALEC bills becoming law each year, "ALEC is a good investment. Nowhere else can you get a return that high."