New Report: The Big Oil and ALEC Ploy for Getting Unions to Help Chill Climate Protests 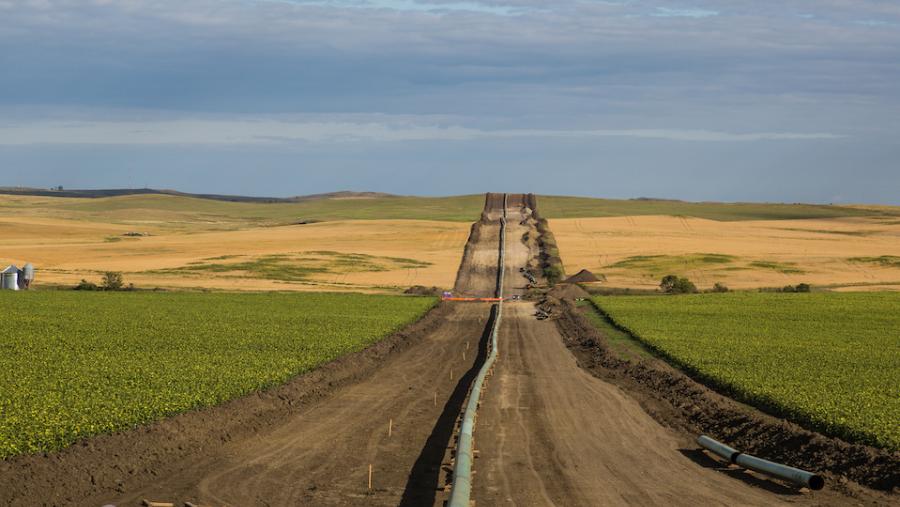 MADISON – The Center for Media and Democracy (CMD) released a new report today, "Using Unions to Carry Big Oil's Water," detailing how the fossil fuel industry and the American Legislative Exchange Council (ALEC) cynically use unions to win Democratic support for legislation that criminalizes and chills environmental protests under the guise of "worker safety."

The report provides a case study of how polluters successfully used that strategy in 2019 to get support from Democrats for a Wisconsin law that imposes harsh criminal penalties for trespass on any energy company property, while carving out an exemption for labor disputes.

"Big Oil's strategy of garnering union support to help them get legislative Democrats on board proved successful in the Badger State and should serve as a warning to environmental activists in the 34 states that have yet to pass this bill," said David Armiak, co-author of the report and research director at CMD.

To date, ALEC-style "Critical Infrastructure Protection" legislation to criminalize protest has been introduced in 27 states, and 16 have signed them into law. Of those, six have included a carveout for labor (Indiana, Louisiana, Montana, North Dakota, West Virginia, and Wisconsin).

Bills using the labor exemption are pending in Alabama, Illinois, and Minnesota, although they are unlikely to move this year.

"ALEC has a long anti-labor track record and would eliminate unions tomorrow if they could," said Arn Pearson, CMD's executive director. "But that hasn't stopped them and Big Oil from using the trades to drive a wedge between labor and the indigenous people and environmentalists trying to save our planet."

"The strategy poses a real threat to the climate movement and the First Amendment," Pearson said.

The full report is available here and embedded below.