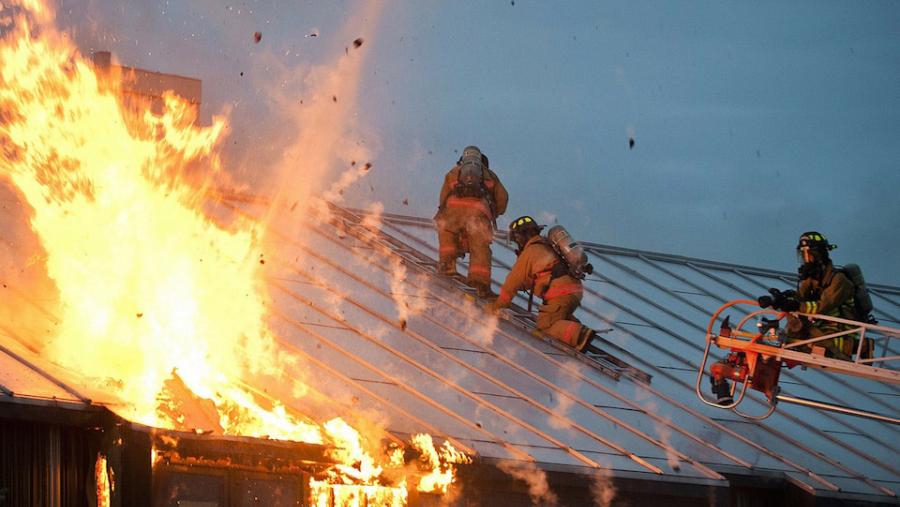 By Mary Bottari and Rebekah Wilce

The U.S. Consumer Product Safety Commission (CPSC), the independent federal commission charged with product safety, voted on September 20, 2017 to take steps toward protecting consumers and firefighters from the hazards posed by the organohalogen class of flame retardants.

"The vote is a rare victory for health groups and a rare setback for industry groups during the first months of President Donald Trump's administration," writes the Chicago Tribune.

The organohalogen class of flame retardants has been shown to leach from the products, or "migrate widely," resulting in human exposure.

This class of chemicals have been found in the bodies of 97% of Americans says the Center for Disease Control. They have been linked to cancer, neurological deficits, hormone disruption and other health problems. Just last month, a study by the Harvard Chan School of Public Health found that flame retardants reduced the likelihood of clinical pregnancy and live births for women undergoing IVF treatment.

In 2012, a Chicago Tribune series called "Playing with Fire" detailed how the "average American baby is born with 10 fingers, 10 toes and the highest recorded levels of flame retardants among infants in the world. The toxic chemicals are present in nearly every home, packed into couches, chairs and many other products. Two powerful industries — Big Tobacco and chemical manufacturers — waged deceptive campaigns that led to the proliferation of these chemicals, which don't even work as promised."

The CPSC directed the commission's staff to begin the rulemaking process to prohibit the sale of four categories of consumer products if they contain any organohalogen flame retardant. The CPSC voted to issue a strongly worded guidance on the hazards posed by this class of chemicals and the CPSC voted to convene a Chronic Hazard Advisory Panel (CHAP) to provide scientific expertise to it's staff as it proceeds to develop the rules.

The CPSC's actions came in response to a petition filed by two public interest groups, Earthjustice and the Consumer Federation of America, on behalf of leading consumer, environmental, healthcare, firefighter, and science groups.

One of the groups petitioning for the ban was the International Association of Fire Fighters (IAFF). Firefighter organizations argue that not only do organohalogen flame retardants not provide a fire safety benefit in products doused in them, but, in fact, such products emit more toxic gases when they do burn, threatening the health and safety of fire fighters and other first responders.

IAFF General President Harold Schaitberger applauded the CPSC's decision, saying, "Fire fighters dying from occupational-related cancers is the largest health‐related issue facing our profession. We must reduce the risk and incidence of this deadly disease, and removing the class of non-polymeric organohalogen flame retardants in products is a major step forward in protecting our members from the harmful effects of these toxic flame retardants."

The CPSC's decision is historic because this is the first time a federal agency has taken action on an entire class of toxic flame retardants. A raft of scientists called for this approach in support of the petition.

Dr. Arlene Blum of the Green Science Policy Institute said, "This historic ruling can prevent the common practice of banning a harmful chemical only to replace it with a similar chemical that causes similar health problems. It will set a precedent of regulating chemicals by class and can prevent harm from exposure to the entire chemical class."

Groups opposing consumers and fire fighters and publishing opeds and reports to cloud the issue are anti-regulatory, industry-backed front groups that have long been tracked by the Center for Media and Democracy in its Sourcewatch.org wiki.

These include: the Independent Women's Forum, an anti-feminist front group dubbed "the Koch feminists" by the Nation magazine that boasts of its role in the "Republican Conservative Arsenal;" the Competitive Enterprise Institute, formerly a tobacco industry spin machine that that now peddles climate change denial on behalf of fossil fuel companies; and, American Council on Science and Health, a corporate front group that parrots industry spin on food and agriculture issues.

The North American Flame Retardant Alliance expressed disappointment with the CPSC decision. A list of member companies can be found here.