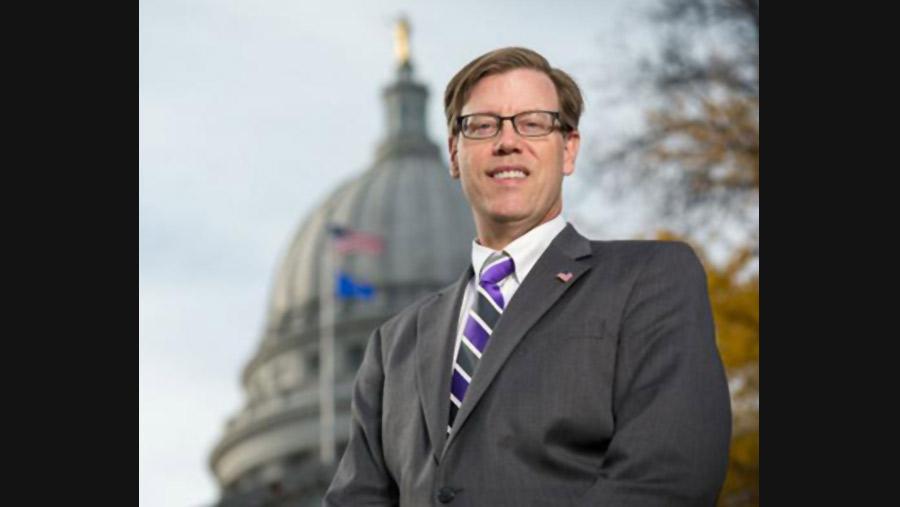 In the upcoming statewide election for Wisconsin Superintendent of Public Instruction, Tony Evers is facing a challenge from John Humphries, an administrator with the Dodgeville School District and Dr. Lowell Holtz, who has experience as a school teacher, principal and superintendent.

Evers is one of the last constitutional office holders in Wisconsin backed by Democrats. He was a critic of Scott Walker's unprecedented $834 million budget cuts to the K-12 system and a skeptic of the GOP push for school vouchers because they drain money from public schools for the benefit of private and religious schools. Holtz touts himself as the "real conservative" in the race and has garnered support from prominent Republicans and right-wing groups, such as Pro-Life Wisconsin Victory Fund.

Today, Humphries touts his bipartisan credentials and his campaign committee chaired by Republican Rep. Jeremy Thiesfeldt and Democrat Rep. Jason Fields. But the duo has a similar agenda when it comes to privatizing public schools. Thiesfeldt once served on the Education Task Force of the American Legislative Exchange Council and Betsy DeVos' American Federation for Children called Fields a "school choice champion" in 2016.

Humphries appears to have enthusiastically embraced this agenda. Humphries' Twitter feed cites and applauds Scott Walker and is a veritable compendium of right-wing talking points on school issues. He retweets the Wisconsin Institute for Law and Liberty, School Choice Wisconsin, Wisconsin Watchdog, the Wisconsin Policy Research Institute, and the MacIver Institute, a passel of Bradley-funded institutions toeing the Bradley Foundation's party line on school vouchers.

It's been a remarkable political transformation brought on with the assistance of some of the state's biggest players.

Humphries is backed by Walker's former campaign chair, Michael Grebe, who hosted a fundraiser for him in January and contributed a token $500 to his campaign. Humphries touted his ties to Grebe and Governor Walker's campaign team in a recent interview - "If conservatives were concerned about my political background, I don't think all those folks would be bringing me on to their team."

Humphries campaign manager is Brian Schupper. He used to be policy director of the Greater Milwaukee Committee when Grebe was chair. He also reportedly worked for Smart Government Inc., which was for a time the registered lobbyists for Koch Companies Public Sector LLC.

Grebe is the retired president and chief executive officer of the Bradley Foundation, an organization which has long been credited with creating Milwaukee's 27-year-old private and religious school voucher program. An analysis of IRS documents by the progressive activist organization One Wisconsin Now found that Bradley spent more than $108 million between 2005 and 2014 to support 130 organizations that advocate for public school privatization in one way or another.

But Bradley's brief has extended well beyond school choice. Today Bradley is an $800 million tax exempt "charitable" organization that bankrolls far right institutions across the nation to advance its policy and political goals. For instance, Bradley bankrolls a host of "think tanks" and lawyers that focus on dismantling unions in order to kneecap a key ally of the Democratic Party. The destruction of unions in Wisconsin and Michigan played an important role in Trump's narrow victories in those states.

Humphries is getting help from another friend of Walker's, Keith Gilkes. Until recently Gilkes was listed as an advisor on his website. Gilkes served as Walker's campaign manager for the 2012 recall election and later set up a "super pac" to raise unlimited funds to back Walker's presidential campaign that was supposed to operate separately from Walker. Walker's presidential campaign went down in flames after he racked up $1 million in debt.

Walker's relationship with dark money groups, like Wisconsin Club for Growth, and big out-of-state players like the Republican Governors Association (RGA), which spent some $9.5 million on TV ads defending Walker or attacking his opponent, was the subject of a bipartisan criminal probe into whether or not the Walker campaign had illegally coordinated with "independent expenditure" groups like RGA, which had sworn an oath not to coordinate their activities with Wisconsin candidates. Emails released in an investigation by the Guardian newspaper reveals that Gilkes and Walker met with RGA and one email shows Gilkes setting up a weekly call with RGA.

"I had a chance to get campaign training today from an organization that supports new candidates. American Majority offers training even to nonpartisan candidates like those running for State Superintendent."

American Majority was started by the sons of Rep. Jim Ryun (R-KS) to train right-wingers to run for office. "Today's county commissioner, tomorrow's congressman. You've got to feed the system," explained Ned Ryun.

Wisconsin's dark money man Eric O'Keefe, the Director of Wisconsin Club for Growth who was embroiled in the John Doe dark money scandal that engulfed Scott Walker after the recall elections, took credit for helping create American Majority while working with the Sam Adams Alliance.

American Majority has sponsored hundreds trainings in Wisconsin. Its website boasts that a "conservative grassroots movement is changing the political environment on the local level across the country." American Majority took credit for "flipping" the Kenosha school board from a liberal majority to a conservative majority in 2014 with the candidacy of Dan Wade. The new school board nullified a collective bargaining agreement between the school district and the teachers' union.

The Bradley Foundation has given $1,476,220 to American Majority between 2010-2015, an interesting investment for a charitable organization that is not supposed to get involved in campaigns and elections.

Another part of the right-wing infrastructure Bradley has funded is ALEC. From 2009-2015 Bradley has given ALEC some $820,000. The majority of Republicans in the state legislature are members of ALEC and frequently introduce verbatim ALEC bills, including numerous ALEC education bills.

Humphries has been credited for having new ideas, but many of those new ideas look a heck of a lot like old ALEC ideas.

For instance, Humphries is pushing an idea that sounds an awful lot like ALEC's "Parent Trigger" proposal. It would allow "failing" low-income public schools to be turned over to outside operators. Conveniently, he also is pushing a score card that would put almost all public schools into the "F" column. This type of parent trigger legislation has been a disaster in places where it has been tried like the Adelanto school district in California resulting in turmoil and high turnover.

Humphries has expressed support for ALEC-style Educational Savings Accounts (ESA) and for "school choice" in general. ESAs and "school choice" are nice terms for school vouchers.

Trump recently called school vouchers "the civil rights issue of our time," and that's the clever way ALEC and Bradley sold vouchers to the public in the early days. But in 2015, ALEC dropped the pretense that school vouchers have anything to do with social and racial equity, and is now pushing vouchers for everyone including upper income, white middle class folks who are already attending private schools with private money.

If pursued enough in numbers, experts say that universal vouchers could progressively erode the public school system and increase the segregation of students based on race and economic standing. But Humphries has no such concerns. In a recent tweet Humphries said it was "bizarre" to see people who use school choice suggest it's "problematic or malicious" to extend it to all families.

During Walker's administration, the school voucher program has greatly expanded while Wisconsin's public schools have seen the fourth largest budget cuts in the nation. According to the state's nonpartisan Legislative Fiscal Bureau, the private school voucher program, with lower accountability standards than public schools, will take in about $800 million in taxpayer dollars in the next 10 years. Walker and Wisconsin's Republican-controlled legislature have also designed a tax break for the parents of private school students, regardless of family income, at an estimated annual cost of about $30 million.

Humphries also issued a statement that he is "thrilled" with Donald Trump's appointment of Betsy DeVos to head the federal Department of Education. When DeVos was confirmed on February 7, Humphries gushed, "We congratulate Betsy DeVos on her confirmation as Secretary of Education. Ms. DeVos has a great opportunity to help schools across the nation by reducing regulatory burdens that take the focus from students and teachers. She can also support states like Wisconsin by providing additional support for school choice while leaving it to states to focus on results and accountability for all schools."

DeVos was widely panned for her lack of knowledge and poor performance in front of the Senate education committee and squeaked by her Senate confirmation by a single vote cast by Trump's vice president Mike Pence.

DeVos has donated nearly $500,000 to Walker and other Wisconsin Republican state legislative candidates. DeVos also, of course, helps run the American Federation for Children, the pro-voucher special interest group that has spent more than $5 million on Wisconsin statewide and legislative candidates since 2010, according to One Wisconsin Now. For yet one more Wisconsin connection, the American Federation for Children employs former state Republican Assembly Speaker Scott Jensen as a senior adviser. Jensen resigned from the Wisconsin Legislature in 2006 after being convicted of three felonies and misdemeanor for using state resources and staff to campaign for Republican legislative candidates. The felonies were later reversed on appeal after the legislature passed a law to help Scott Jensen move his case to the conservative county where he resides.

Humphries' campaign finance records indicate that he is paying the polling firm of prominent GOP pollster and FOX talking head Frank Luntz. Luntz first made a name for himself when he worked with Newt Gingrich on the GOP's 1994 Contract with America. No friend of Donald Trump, Luntz predicted that Hillary Clinton would win and told GOP donors that Trump was "turning what we believe into a joke."

The fact that Humphries is using Luntz indicates that some very serious people are considering putting serious money into the race if Humphries wins the primary.

It's a three way primary for a nonpartisan office, but as Humphries and Holtz are vying for conservative voters, it is likely that one of them will be knocked out in a low-turnout election Feb. 21.

If things follow pattern, the winner will be supercharged with a last-minute, high-dollar TV ad campaign, funded by outside groups like Americans Federation for Children, Wisconsin Club for Growth, or the Koch's Americans for Prosperity, an onslaught that has taken out many an unprepared incumbent.

"The race to head the Department of Public Instruction is supposed to be a non-partisan race, but I guess it is only a matter of time before we see highly partisan, deep pocketed, out-of-state special interest players weigh in," said Wisconsin Common Cause Director Jay Heck. "Whoever wins the primary to stand against Evers is likely to garner that level of support."