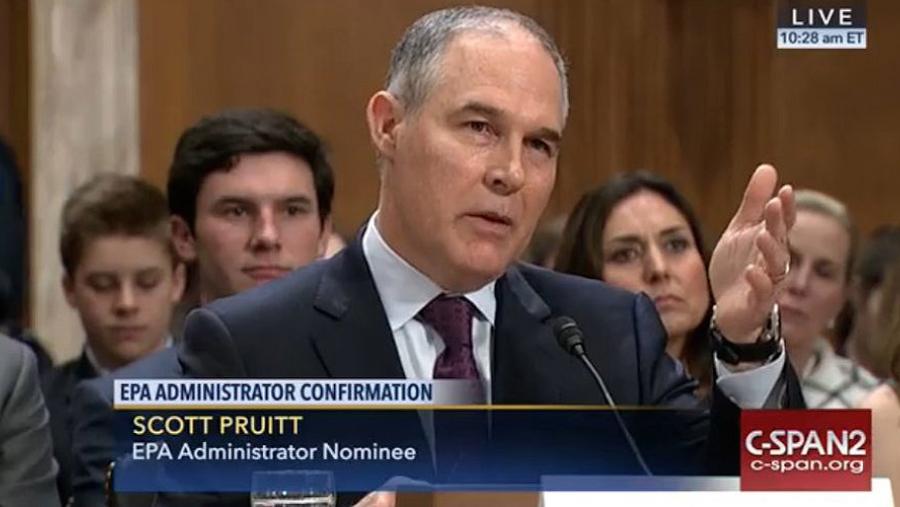 Scott Pruitt has provided just 411 of at least 3,000 documents related to an open record request submitted by Center for Media and Democracy in 2015

OKLAHOMA CITY, Okla.— Faced with a February 16 court hearing on the Center for Media and Democracy's (CMD) lawsuit to force Oklahoma Attorney General Scott Pruitt to turn over records of his communications with fossil fuel giants and other polluters, Pruitt's office finally responded to the first of CMD's nine outstanding Open Records Act requests. After analyzing the response, however, CMD has determined that the AG's office provided just 411 of the more than 3,000 emails they earlier said they had located, withholding thousands of emails relevant to the request.

CMD, represented by Robert Nelon, of Hall Estill, and the ACLU of Oklahoma, has filed a status report with the judge detailing the scope of missing documents, including 27 emails that were previously turned over to the New York Times in 2014. Pruitt's office has yet to respond to CMD's eight other outstanding record requests.

"The low number of records provided by Pruitt's office is extremely concerning on its own. But beyond the obvious omissions based on the document count, we are aware of 27 emails missing from this batch that directly relate to our request and which demonstrate Pruitt's ties to the fossil fuel industry," said Nick Surgey, CMD's director of research. "If those emails have been omitted, what else is being withheld? The Senate cannot properly vet Pruitt for EPA administrator if he is concealing information on conflicts of interest that would impact his ability to faithfully perform the EPA's mission to protect human health and the environment."

The 411 documents were provided to CMD's counsel on Friday, February 11. CMD's status report, filed today, identifies for the court 27 emails relevant to its record request that have been omitted from the provided documents, including letters written by Devon Energy which Pruitt signed and sent to Federal agencies, as published first by The New York Times.

Last week, the Center for Media and Democracy filed a lawsuit alleging that Pruitt violated the Oklahoma Open Records Act for failing to provide public access to official emails and other documents for more than two years. The lawsuit also asked for a temporary restraining order to prevent the Oklahoma Attorney General from destroying any documents relevant to the group's open records requests as well as an expedited hearing due to the impending Senate vote on Pruitt's EPA nomination.

At a February 7 hearing, the Attorney General's office agreed to an order preserving all documents, and Judge Aletia Haynes Timmons of the District Court in Oklahoma County granted an expedited hearing set for Thursday, February 16.

"The number of records provided falls far short of what Pruitt's office previously said it had located," Robert Nelon wrote in the status report to the judge. "Pruitt's office offered no explanation for the dramatic decrease in the number of responsive documents, nor did it claim any exemptions or any privilege under the ORA."

After Democratic Senators twice boycotted the EPW Committee vote due to concerns over Pruitt's conflicts of interests and failure to fulfill open records requests, Republicans resorted to suspending Committee rules to advance his nomination. Pruitt is expected to face a full Senate vote this week.

He must use the same IT guys as Hillary Clinton!