Seema Verma: Trump’s Pick for Medicaid and Medicare Cashes In on "Reform" 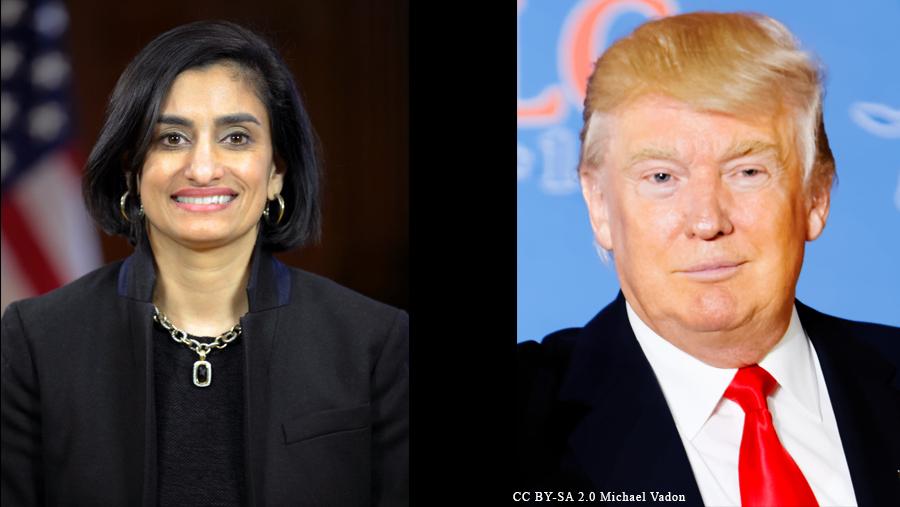 While Trump repeatedly said on the campaign trail that he will not cut Social Security Medicare or Medicaid, he plans to put opponents of these programs in key positions in his administration. 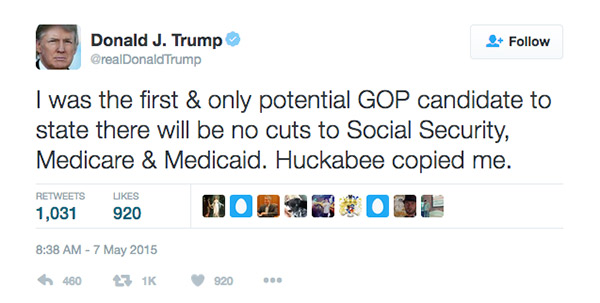 Congressman Tom Price, Trump's pick to head the Department of Health and Human Services, is a leading proponent of changes to Medicare. He has supported raising the eligibility age, which would leave more seniors without health care options, and he wants to privatize the program with vouchers, which would lose value over time and shift more costs onto seniors and the disabled. He also wants to cap Medicaid assistance to states, likely to result in states reducing services to the most needy–often very low-income families with kids.

One of his top officers will be the CEO of a company that has been cashing in on the Medicaid "reform" schemes she has designed for states.

In November, Trump announced Seema Verma as his choice to serve as the Administrator of the Centers for Medicare and Medicaid Services, part of the Department of Health and Human Services.

Seema Verma is the founder and CEO of the Indiana health consulting business, SVC Inc. She worked as a consultant for several states but forged her reputation as a reformer with former Indiana Governor Mitch Daniels and current Governor and VP-elect Mike Pence, both conservative Republicans with ties to the American Legislative Exchange Council. ALEC has long opposed any expansion of Medicaid and has sponsored model bills to privatize and chip away at the program.

In Indiana, Verma helped design the Healthy Indiana Plan (HIP 2.0), which is described as a "consumer-driven insurance program for low-income Hoosiers." However, others such as the Kaiser Family Foundation have noted that it is one of the most complex and restrictive experimental programs ever given a waiver by the federal government which gives states some leeway to tinker with the program.

Medicaid is the largest source of funding for medical services for low income families including millions of children. It is jointly funded by the state and federal governments and managed by states. Currently, most people in the United States that qualify for Medicaid receive care based on their actual medical needs and on their own doctor's guidance. But some Republicans think this is too much of a free ride.

Under Verma's program, Medicaid recipients can't get complete benefits unless they pay new monthly premiums. People that are poor enough to qualify for Medicaid in Indiana can actually be locked out of their coverage for six months if they fail to make a payment. The overly strict rules of the state also impose charges on patients that make what are deemed to be too many emergency room visits.

A July report from the Lewin Group, a health consultancy firm, found that 21,500 beneficiaries below the poverty level were dropped from Indiana's HIP Plus to HIP Basic because they didn't pay their contributions on time. One woman reported losing health care coverage after the state lost track of her $1 payment.

"There is no evidence that it has any advantages over traditional Medicaid and it's probably worse because it is so punitive and bureaucratic. Stories abound here of people getting locked out of health care for no reason," Dr. Robert Stone, Director of Hoosiers for a Commonsense Health Plan, told CMD.

Verma touts the plan as "consumer driven," but in actuality "the model adds a huge layer of bureaucracy compared to Medicaid service in other states," Stone explained.

"Consumer-driven" means that patients are supposed to be motivated to be good consumers, to make wise choices about whether they go to the emergency room or whether they get preventative care. And it all kind of sounds good when you listen to their rhetoric, but there's actually no evidence – zero published, credible evidence – that these kinds of "consumer-driven" features really accomplish any of the things they claim to do," said Stone.

In addition to Indiana, Verma has contracted with other Republican-led states, including Iowa, Ohio and Kentucky. She consulted with them on submitting Medicaid expansion proposals to the federal government. Her proposal for these states also layered on the punitive provisions such as requiring recipients to pay for more of their care, and making their coverage contingent on them actively working or looking for work, ideological aspects that might appeal to conservative Republicans have nothing to do with health care delivery and results.

Cashing in on Complexity

According to a 2014 report by the Indianapolis Star Tribune, Verma and her firm have received at least $3.5 million from state contracts in Indiana alone.

While working for the state, Verma was also working for one of the state's largest Medicaid vendors, a division of Hewlett-Packard. According to the Star Tribune's report, the corporation paid her more than $1 million and received more than $500 million in state contracts.

In other words, Verma is helping to create a complex health care bureaucracy that benefits private providers and then cashes in from both sides, a conflict of interest questioned by the state's major newspapers.

"Trump has shown little interest in resolving his own conflicts of interest, so it comes as no surprise he things that Seema Verma, who simultaneously crafted Indiana's health care policy and reaped massive profits from it, is a great choice to run our nation's vital Medicare and Medicaid programs," said a skeptical Alex Lawson, who runs the public-interest group Social Security Works.

To take the position in the Trump administration, Verma will need to resign from SVC and divest her holdings. She will be barred for at least a year from participating in agency matters that involve her company or the companies she did work for, but after her stint in the administration she will be free to return to the private sector and find ways to cash in at the state level on any Medicaid and Medicare programmatic changes she has helped design.

In picking Seema Verma, the Trump administration continues to signal that fealty to corporate special interests might trump the president elects' repeated promises not to mess with critical programs like Medicare and Medicaid.

Rep. Tom Price's confirmation hearing is scheduled for January 18 in the Senate.