Supreme Cover-Up: How the Wisconsin Justice System Failed in the Walker John Doe 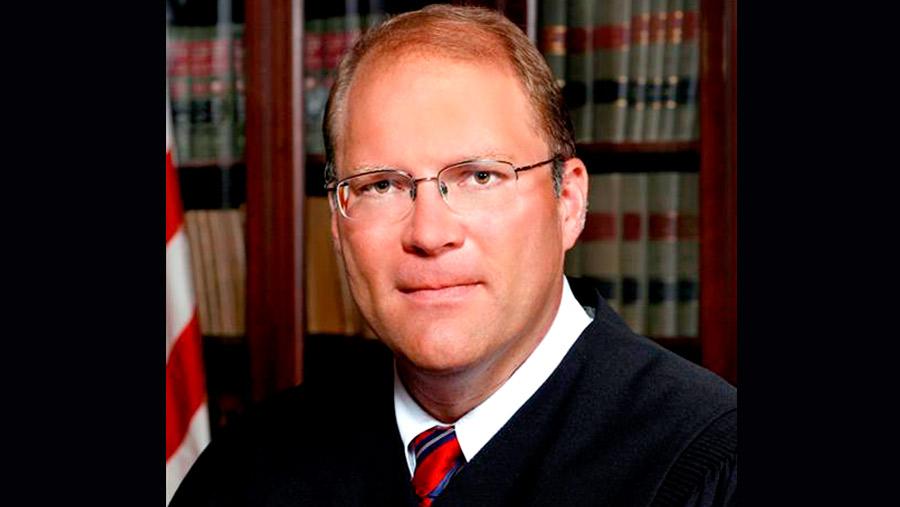 Recent elections have turned the Wisconsin Supreme Court from "one of the nation's most respected state tribunals into a disgraceful mess," wrote noted author on the courts Lincoln Caplan in 2015.

The dysfunction is on full display in the documents revealed by the Guardian this week in its expose on the "John Doe" investigation into potentially illegal coordination between Scott Walker and dark money groups that were supposed to operate independently of his campaign.

The Wisconsin John Doe investigation was started by a bipartisan group of district attorneys and Judge Barbara Kluka who saw sufficient evidence of probable cause to authorize search warrants of Walker's top aides and a number of dark money groups. But Kluka stepped down and Judge Gregory A. Peterson was appointed.

The type of high-dollar, high-donor fundraising discussed in this week's Guardian expose had never happened in Wisconsin before. Yet Peterson quashed the search warrants in 2014 stating in a cursory decision:

"I am persuaded by Friends of Scott Walker that the statutes do not regulate coordinated fundraising. Only coordinated expenditures may be regulated and the state does not argue coordination of expenditures occurred. Therefore, the subpoenas fail to show probable cause."

But the documents released by the Guardian this week are replete with evidence of expenditure coordination.

In concert with federal FEC rules, Wisconsin Government Accountability Board rules at the time stated that there is coordination "where there has been substantial discussion or negotiation between the campaign or the spender over, a communication's: (1) contents; (2) timing; (3) location, mode, or intended audience (e.g., choice between newspaper or radio advertisement); or (4) 'volume' (e.g., number of copies of printed material or frequency of media spots)."

Stacks of emails show that Walker's top campaign advisor and Wisconsin Club for Growth campaign guru R.J. Johnson approved, placed, and rotated ads in the 2011 Senate recalls, and in the 2011 Supreme Court race on behalf of multiple groups, including WCFG and its offshoot Citizens for Strong America, Wisconsin Manufacturers and Commerce (WMC), Jobs First Coalition (a shell group tied to American Federation for Children's Scott Jensen, the former Speaker of the Wisconsin Assembly who was brought down by his own campaign finance scandal), Wisconsin Family Action and later in 2012, the American Federation for Children. (Ad-Coordination)

Emails show R.J. Johnson juggling disclaimers, pulling one name off and slapping another on, approving ad buys and ad placement. The public would see a series of ads from purportedly different groups, but the reality was that R.J. Johnson was behind the shell game orchestrating the air bombardment.

Scott Walker would boast to Karl Rove on May 4, 2011 "Bottom Line: RJ helps keeps in place a team that is wildly successful in Wisconsin. We are running 9 recall elections and it would be like 9 congressional markets in every market in the state and twin cities." (emphasis added). (Key-Misc-Set-One, p.16)

In 2012 as the Walker recall approached, prosecutors point to two emails that show R.J. Johnson on both sides of the coordination issue, both dated April 30, 2012. One email has R.J. Johnson approving a final Friends of Scott Walker ad, sending the note "this should be final unless someone has an issue" to Friends of Scott Walker's Keith Gilkes, WCFG's Deb Jordahl and others. (2012-08-14-Exhibits-01-100-PT2, p.49)

CMD is not certain what the second email is that prosecutors are referring to, but there is an email dated April 30, 2012, where R.J. Johnson appears to direct Jordahl to spend the last few thousand dollars of WCFG money left over in a vendor's media account: "we need to get this out, express today if possible," R.J. Johnson says. (2012-08-14-Exhibits-01-100-PT2, p.47)

The conservative majority of the Wisconsin Supreme Court was elected with at least $10 million in spending by the groups under investigation. Many outside groups outspent the justices themselves. Two justices, Gableman and Prosser, were asked to recuse by prosecutors, but refused.

In 2015, when it shut down the John Doe, the Wisconsin Supreme Court rewrote Wisconsin law in an attempt to legalize coordination between candidates and third party "independent" groups for "issue advocacy." It is important to note that the court left intact the law's prohibition on coordination around express advocacy or what is called its "functional equivalent."

Express advocacy ads -- those that say "vote for" or "vote against" a candidate -- are increasingly rare. Campaign managers learned more than a decade previously that you didn't need to say the "magic words" to have a devastating impact on an opponent. This is why the U.S. Supreme Court held in 2007 that a communication is the "functional equivalent" of express advocacy "if the ad is susceptible of no reasonable interpretation other than as an appeal to vote for or against a specific candidate."

The Wisconsin Supreme Court said in dismissing the John Doe that "the special prosecutor has not alleged any express advocacy." Yet prosecutors raised express advocacy explicitly in their filing with the court under the hard-to-miss header "Express Advocacy." (2014-2-21-Schmitz-Affidavit, p. 29)

They explained to the court how big groups like the Republican State Leadership Conference and the Republican Governors Association were in close contact with the Walker campaign. Both groups registered formally as an independent expenditure/express advocacy group with the Wisconsin elections board, and swore an oath saying they would not coordinate with Walker. RGA would spend a whopping $9.5 million in the Walker recall race on a barrage of ads that were the functional equivalent of express advocacy.

Yet, the Supreme Court ignored these facts and when the special prosecutor asked to present more evidence, they fired him.

Indeed one email from RGA's Nick Ayers directly to Scott Walker ccing Republican National Committee chair Reince Priebus lays recommends a coordinated battleplan. "Spoke to Gillespie this morning. My sense is that everyone's heart (AFP, WIGOP, RSLC, RGA, CFG) is in the right place but no one is clear on the entire battleplan, and that is leaving very vulnerable gaps in both the planning and execution of a winning strategy." Ayers goes on to layout the battle plan in a key email. (2013-08-29-Schmitz-Affidavit, p 24). Among the groups referenced are the Koch's Americans for Prosperity and Club for Growth. Ed Gillespie is a key GOP strategist with close ties to Rove who ran the Republican State Leadership Committee at the time.

The coordination was evident on the expenditure side in the ads. "Forward—Walker, Backwards—Barrett" was a central theme in Walker campaign ads showing people walking backwards, clocks spinning backwards etc, including this May 7, 2012 ad. Republican Governors Association ads had the same theme, as did adds by WMC-IMC and other smaller groups like Wisconsin Recall Action.

Many of these ads were the functional equivalent of express advocacy say experts.

Prosecutors believe Walker raised funds for these WMC-IMC ads and that R.J. Johnson may have been paid for placing them. Investigators say in the filings that bank records reflect wire transfers in April and May 2012 from WMC-IMC to Ten Capitol (the ad firm of WCM) totaling $3.7 million. "Coinciding with the wire transfers to Ten Capitol, WMC-IMC received payments from WiCFG" wrote prosecutors. "Consistent with a commission for ad placement, R.J. Johnson and Associates received $50,000 from Ten Capitol on June 22, 2012."

"The miscalculation I made in this investigation was underestimating the power and influence special interest groups have in Wisconsin politics," said special prosecutor Francis Schmitz at the time, a retired U.S. Army colonel and former counter-terrorism prosecutor.

When prosecutors asked Gableman and Prosser to recuse, some scratched their heads. Why focus on those two when four Justices were elected with massive spending from Wisconsin Club for Growth and Wisconsin Manufacturers and Commerce, two of the groups under investigation?

An email in the stack may answer this question.

In the same email from Scott Walker to Karl Rove on May 4, 2011, Walker writes: "RJ was the chief advisor to my campaign. He pulled together the team who flipped the Senate three times and the Assembly two times. He ran the effort that defeat the first incumbent Supreme Court Justice for decade back in 2008 and Club for Growth - Wisconsin was the key to retaining Justice Prosser." (Key-Misc-Set-One, p.16)

In the 2008 Supreme Court race Justice Louis Butler was unseated by Michael Gableman in an ugly race that resulted in the state's judicial commission filing a formal complaint against Gableman that was left unresolved by the ideological split on the Supreme Court. Justice Gableman wrote the 2015 court decision shutting down the John Doe.

These facts are newly relevant as the U.S. Supreme Court is scheduled to take a look at the prosecutors appeal of the John Doe case this month.