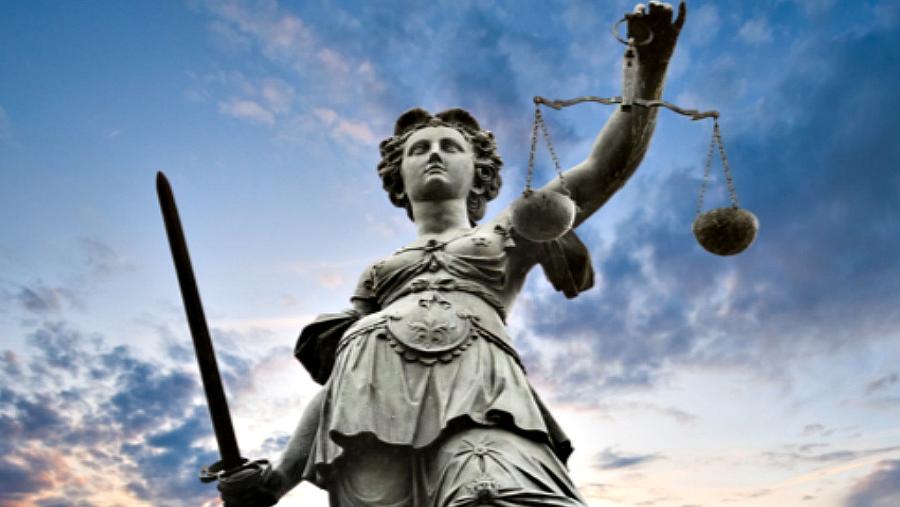 On Wednesday, the Center for Media and Democracy (CMD), the Brennan Center for Justice, and Common Cause filed a brief with the U.S. Supreme Court urging the justices to grant a hearing and overturn a Wisconsin Supreme Court ruling that shut down a criminal investigation into potentially illegal campaign coordination between Governor Scott Walker's campaign and groups that spent millions during the 2011-2012 recall elections.

The brief, submitted by CMD's General Counsel Arn Pearson, argues in part that the fundamental principle of a fair and independent tribunal deeply rooted in the U.S. Constitution was violated in the case due to the extraordinary conflicts of interest of two justices in the majority on the state's highest court. Brent Ferguson and Matthew Menendez from the Brennan Center also helped prepare the brief, along with John Brautigam, as counsel of record.

State Justices David Prosser and Michael Gableman denied a motion from the special prosecutor to step aside and then proceeded to help "cancel oral argument, issue sweeping secrecy orders, halt the investigation, fire the special prosecutor, order the evidence returned and copies destroyed, and dramatically curtail Wisconsin's campaign finance law, rendering the longstanding limits and other restrictions the state places on contributions to candidates virtually meaningless." They have even sought inappropriately to impede the prosecutors' appeal to the U.S. Supreme Court.

Specifically, the brief argues that:

Special Prosecutor Schmitz filed a Motion for Recusal ... asking justices Prosser and Gableman to step aside, and raising concerns about two other justices. Although the motion is heavily redacted, it is possible to glean from the motion, Justice Prosser's response, and news accounts that the focus of the special prosecutor's concerns was that the same entities subject to the John Doe criminal investigation had spent $10 million since 2007 to elect the four justices to the Wisconsin Supreme Court.

Even more troubling, the special prosecutor may have unearthed documents suggesting that justices Prosser and Gableman or their campaigns benefited from coordinated activities by the subjects of the investigation, may have had direct campaign-related interactions with individuals under investigation, and may have had knowledge of the movants' activities on their behalf.

Nonetheless, the two justices refused to recuse themselves from the case.

Additionally, the brief notes that the activities of the groups under investigation aided the election of those two Wisconsin justices to an even greater degree than in the Caperton v. Massey case where a West Virginia justice helped reverse a multi-million dollar verdict against a coal baron whose spending got him elected. In that case, issued the same day as the Citizens United decision, the U.S. Supreme Court intervened due to the potential corruption.

As the brief explains:

The movants and the shadow groups they funded poured $3.5 million into expenditures into promoting Justice Prosser's election, five times the $701,000 spent by Prosser's campaign.

The expenditures were made during the same time period and involved the same players as the actions under investigation in this case. Similarly, Justice Gableman was elected to office in 2008 by a narrow margin after a hotly contested race.

The movants and their offshoots spent a combined total of $3.2 million to support his election, nearly eight times the $411,000 spent by Gableman's campaign.

Shortly after the recall elections, one of the movants, Wisconsin Manufacturers & Commerce (WMC), put out a press release boasting of the $6.75 million it had spent on the previous three Supreme Court elections..."

As noted in the motion to recuse submitted by Schmitz, a former anti-terrorism prosecutor for President George W. Bush's Department of Justice: "two of the movants had 'direct involvement' with the reelection campaign of one justice; that the treasurer of Walker's campaign committee was also associated with the campaign committee of one justice; and that one justice's campaign had a 'close connection' with more than one movant," and that "there is a potential overlap between the activities" of his campaign "during the…election which is within the scope of the investigation now before this court."

Justice Prosser was reelected in 2011, the same year as the Senate recall campaigns. This year, after he participated in the unprecedented intervention by the Wisconsin Supreme Court in the criminal investigation of those campaigns--over the objections of the prosecutors--Prosser announced his intention to retire from the bench.

Notably, the criminal investigation "appears to have turned up at least one interaction with a justice's campaign that 'gave rise to a reportable contribution as a coordinated expenditure'—the activity at the heart of the case and the court's decision. As a result of that activity, 'the Justices will be deciding issues that may well reflect back on their own campaign committees and any interaction that may have taken place between these committees' and movants in the case.'"

CMD's brief to the U.S. Supreme Court also urges the Court to overrule the Wisconsin Supreme Court for legal errors in its analysis of binding precedent allowing legislatures to limit coordination that would circumvent anti-corruption rules:

The Wisconsin Supreme Court's ruling is wholly at odds with ... longstanding decisions, as well as the holding of the U.S. Court of Appeals in this very same case. O'Keefe v. Chisholm, 769 F.3d 936, 942 (7th Cir. 2014) ('No opinion issued by the Supreme Court, or by any court of appeals, establishes ("clearly" or otherwise) that the First Amendment forbids regulation of coordination between campaign committees and issue-advocacy groups—let alone that the First Amendment forbids even an inquiry into that topic')."

"In fact, by importing the express advocacy limitation into its analysis of contribution limits, the court below is doing what the Citizens United Court made clear it was not: opening the door to unlimited coordinated spending. See 558 U.S. at 357 (noting that lack of coordination "alleviates the danger" of corruption)."

The brief notes this is "an extraordinary case with sweeping implications for both Wisconsin law and the integrity of its judiciary that 'requir[es] this Court's intervention.'"

In sum, the brief argues that the facts in this case, the grave legal errors made by the state court, the potential bias of some of the state justices, and the extraordinary intervention by that court provide compelling reasons for the U.S. Supreme Court to hear the case and repudiate the decision of the Wisconsin Supreme Court.

Notably, due to the actions of a majority of Wisconsin Supreme Court justices, even the description of the questions presented by the prosecutors to the U.S. Supreme Court in their appeal were redacted in part: For example, as noted by BNA: does the bias rule in the Caperton v. Massey case "serve to disqualify a justice where [redacted]? Is Caperton limited to circumstances where [redacted] or can other circumstances—[redacted]—combine to require recusal under the objective Caperton standards relating to bias?"

CMD's full brief is available below.

Pearson is serving as counsel for three "amici curiae" (latin for "friends of the court") on the brief--CMD, the Brennan Center, and Common Cause, which are "national, nonpartisan organizations that work to promote fair and impartial courts and to expose the undue influence of wealthy special interests on our democratic institutions."

The U.S. Supreme Court is expected to consider the prosecutors' petition for certiorari--for the Court to exercise its discretion to hear their appeal--and the amicus brief later this year.

Last year, before the Wisconsin Supreme Court intervened in the state criminal prosecution, federal prosecutors were investigating illegal campaign coordination similar to that alleged in the Wisconsin case under parallel federal laws. In Virginia, a "campaign finance manager and political consultant pleaded guilty ... in the Eastern District of Virginia for coordinating $325,000 in federal election campaign contributions by a political action committee (PAC) to a Congressional campaign committee."

As the U.S. Department of Justice stated in that case, "The significant prison sentence imposed on Tyler Harber should cause other political operatives to think twice about circumventing laws that promote transparency in federal elections," said Assistant Attorney General Caldwell. "As the first conviction for illegal campaign coordination, this case stands as an important step forward in the criminal enforcement of federal campaign finance laws. Illegal campaign coordination can be difficult to detect, which is why we strongly encourage party or campaign insiders to come forward and blow the whistle."

In the Wisconsin case, the targets of the investigation and related search warrants have denied any wrongdoing and claimed in court and through their allies in rightwing media that any coordination was protected by the First Amendment, in light of the Citizens United decision. That claim was embraced by the majority on the Wisconsin Supreme Court, despite justices' manifest conflicts of interest in ruling on those claims.

The brief submitted by CMD, the Brennan Center, and Common Cause refutes that claim and highlights the overwhelming legal precedent supporting state and federal rules that limit coordination to help guard against the corruption of elected officials, including judges.

CMD, an investigative watchdog organization based in Madison, Wisconsin, has been reporting on the case since 2013 when the public first learned that a bipartisan group of state prosecutors had begun a criminal investigation into suspected illegal coordination spearheaded by Walker and his team to orchestrate ads from outside groups trying to aid Republican senators and Governor Walker himself as they faced potential recall elections stemming from Walker's extremely controversial legislative agenda.

A prior criminal investigation of Scott Walker's staff and associates, during the time he served as Milwaukee County Executive, resulted in 15 felony indictments for six people who have been sentenced for a variety of crimes including misconduct in office, including three Walker aides. Scott Walker was not charged in that case known as "John Doe I."