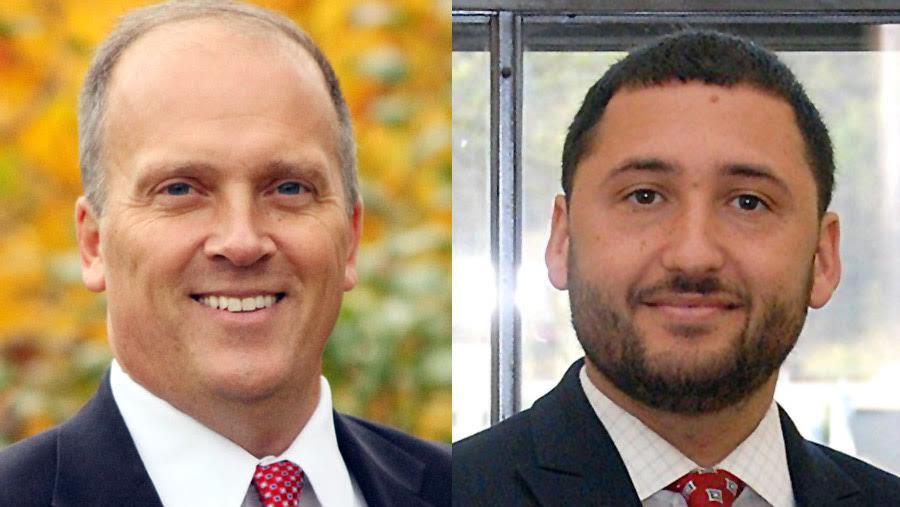 Back in October 2014, Republican Wisconsin attorney general candidate Brad Schimel was neck in neck with Susan Happ when a mysterious dark money group, with the phony name "Rule of Law Project," dropped into the race with a huge ad buy backing Schimel.

Now it appears the Rule of Law Project (ROLP) may have broken a few laws in its eagerness to elect an attorney general of its choosing. Yesterday, the Center for Responsibility and Ethics in Washington (CREW) filed a formal complaint with the U.S. Department of Justice, the FBI and the IRS urging an investigation and alleging that the dark money group made false representations to the IRS.

The complaint also sheds some light on who might be bankrolling the phony issue-ad group.

The Center for Media and Democracy was the first to link the group to the Washington D.C. law firm of Boyden Gray and Associates. A founder of the Federalist Society and former White House Counsel, Gray is the chief architect of the 40-year attack on regulations protecting public health and the environment. Gray's firm has been representing a big business and dirty power companies in the fight against President Obama's Clean Power Plan, which if implemented, would reduce greenhouse gases by up to 32 percent in 2030.

ROLP ads applauded Schimel for saying he would join other Republican attorneys general in suing the EPA to stop the Clean Power Plan.

CREW alleges that ROLP violated the law when it spent nearly $200,000 on political ads in backing Schimel, but later told the IRS that it did not engage in any political activity in 2014. CREW asserts that "501(c)(4) social welfare non-profits are allowed to make political expenditures as long as they disclose all political spending to the IRS, but ROLP failed to meet this simple standard."

"The disastrous Citizens United decision opened up the floodgates for dark money groups to spend on politics," CREW Executive Director Noah Bookbinder said. "But there are still some limits to the amount of spending and secrecy these groups are permitted—and too many brazenly ignore these modest limits." The CREW complaint can be found here.

The organization's 2014 tax filings obtained by CREW and a fact sheet accompanying the complaint shed more light on the mystery group. From the fact sheet:

CREW did not nail down the ultimate source of the funds used for the ads, but followed the fingerprints on various IRS tax filings to the Judicial Crisis Network and the Wellspring Committee.The Federalist Society's Leonard Leo is a founder of the Judicial Crisis Network, a dark money issue-ad group tied to the Wellspring Committee. According to the Center for Responsive Politics, Wellspring is "little more than [a] UPS mailbox," and was created to hide the identity of donors who may be individuals or special interests and discredited industries who want to cloak their agenda in anonymity.

If dark money groups have a dark arts leader it is Sean Noble of the Center to Protect Patient Rights (CPPR).

Noble was implicated in a multi-million dollar campaign money laundering operation in California in 2012 designed to hide the out-of-state money flooding into a California referendum campaign. The state of California demanded to know who donated $11 million to a group called the Small Business Action Committee (SBAC), which received the money from a non-profit called Americans for Responsible Leadership (ARL). It took a court order to get ARL to reveal that almost all of its money came from CPPR. As part of a legal settlement, ARL and CPPR were fined $1 million and ordered to disgorge the $15 million that was spent in the state. It was only later revealed that CPPR was largely bankrolled by the Kochs' Freedom Partners operation.

CPPR also gave money to Wisconsin Club for Growth during the time period that Wisconsin prosecutors allege that the Club was involved in a high-dollar coordinated campaign to aid Wisconsin Senators and Governor Scott Walker as they faced recall elections in 2011-2012.

As CMD previously reported, DCI Group is a DC-based public relations and lobbying firm, with a client base that has included big tobacco, the Koch-funded Americans for Prosperity, and several foreign governments with appalling human rights records. DCI works with the coal industry trade association, the American Coalition for Clean Coal Electricity (ACCCE), and was recently subpoenaed by the state attorneys general investigating Exxon Mobile’s long-term funding of climate change denial.

The bizarre addition of William Kristol to the board of a dark money group, might be a tactic to provide the organization with some cover to yell "free speech" if the propriety or legality of their activities are challenged.

Schimel Goes to Bat for Polluters

If federal officials investigate and work through a web of dark money transfers to determine the ultimate source of the funds, Wisconsin citizens might finally learn who exactly gambled big bucks on the Wisconsin attorney general.

Whoever placed the bet it seems to have paid off.

Schimel has gone to bat for polluters joining lawsuits launched by coal country attorneys general and the fossil fuel industry to challenge to the Clean Power Plan. "Wisconsin has much to lose if the Obama administration succeeds in its plan to destroy the viability of clean-coal electric generation," says Schimel trotting out the debunked advertising slogan.

Schimel has also brought a compatriot of C. Boyden Gray straight out of coal country to work here in Wisconsin. In December 2015, he announced that Misha Tseytlin would serve as Wisconsin's first "Solicitor General" with a $1 million dollar budget. Tseytlin is a leader in the national game plan to derail the Clean Power Plan. He was the General Counsel to the West Virginia Attorney General who lead the charge against the Clean Power Plan. Tseytlin is also a "proud member" of the Koch-funded Federalist Society.

In February 2016, the U.S. Supreme Court stayed the implementation of the plan and sent the case to the U.S. Court of Appeals for the District of Columbia Circuit for review. The case will be heard in September.

2016 is on track to be the hottest year ever recorded and the devastating and costly impacts of climate change are being felt across the nation and around the globe. No one knows that better than California Attorney General Kamala Harris whose state is leading the nation in curbing greenhouse gas emissions and pioneering clean and renewable energy.  "The President’s clean power plan, combined with California’s green innovation, create a path for the nation to protect our environment for current and future generations,” says Harris who has worked with 17 other AGs to defend the Obama plan.

Schimel's actions set Wisconsin back. Commenting on the Supreme Court's action David Doniger of the Natural Resources Defense Council said: "The electricity sector has embarked on an unstoppable shift from its high-pollution, dirty-fueled past to a safer, cleaner-powered future, and the stay cannot reverse that trend."

So who was responsible for the dark money ? This is just a wild guess but I bet it starts with "KO" and ends in "CH" and why not when your on a political monopoly board you buy up all the terrain gov, house, senate, Supreme Court and if you work with say the Manufactures and Commerce or ALEC or the Chamber and the democratic party sits like a deer in the headlights ........