ALEC's 2016 Agenda Moving in the States: A Snapshot | PR Watch

ALEC's 2016 Agenda Moving in the States: A Snapshot 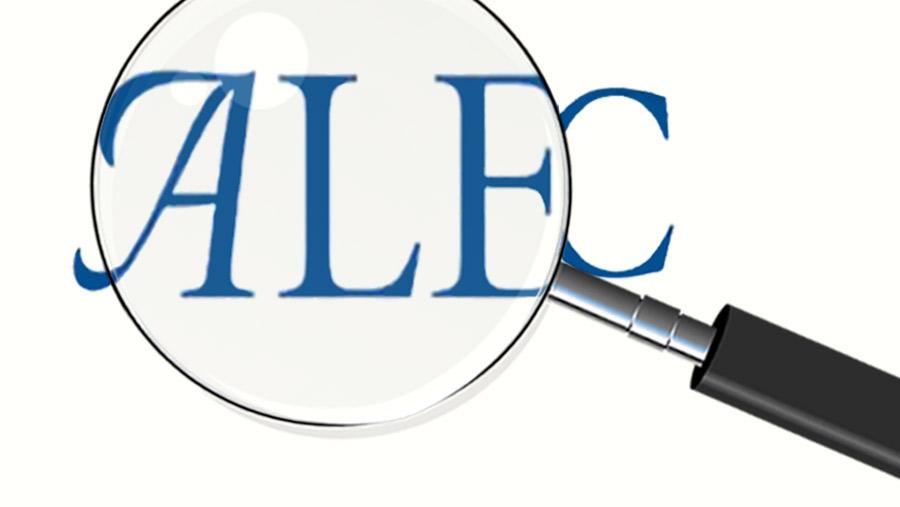 In states across the country, concerned citizens are asking state and local policymakers to raise the minimum wage, enact workplace reforms including earned sick days and the right to organize, stop the privatization of public schools, and help mitigate climate change. Opposition to these initiatives is fierce and growing and often nationally-driven and coordinated by the American Legislative Exchange Council (ALEC). Working in tandem with deep-pocketed corporations, trade associations, conservative groups and mega-donors--including operatives of the Koch brothers--ALEC is driving an agenda you should know about. As legislators and lobbyists fly to Pittsburgh for ALEC's Spring Task Force Summit May 6, the Center for Media and Democracy, publishers of ALECexposed.org, has the lowdown on ALEC bills moving in states this year.

More than a quarter of all the state legislators in the country belong to ALEC, although the secretive group does not disclose its list of more than 2000 legislative members. ALEC gets 98 percent of its funding from corporations and sources like the Koch family foundations, and it acts as a conduit for special interest influence in state legislatures. ALEC convenes legislators, corporate lobbyists, and right-wing think tanks to vote as equals, behind closed doors, on "model bills" that benefit ALEC's corporate members, industry funders, and right-wing allies. These bills are then introduced, often word for word, in state legislatures around the country.

ALEC's long-term agenda is reflected in the current crop of bills now being filed in state houses. They undermine action on climate change and environmental protections; promote school privatization; defund unions and stop progressive wage and benefits policies; and, among other things, call for a convention to amend the U.S. Constitution to restrict the federal budget.

ALEC is also the force behind the increased use of "preemption" laws designed to strip local governments of their power to ban fracking, pass minimum wage hikes, and enact earned sick day laws. ALEC is pushing bills to stop cities from banning plastic bags, made from derivatives of oil refining. ALEC is funded by some of the biggest fossil fuel companies in the world, like Koch.

Over the last three years, 109 corporations--from Ford to Google--have dumped ALEC after the public learned more about this shadowy group, particularly its role pushing national model bills like the "Stand Your Ground" law cited for exonerating Trayvon Martin's killer, along with bills that make it harder for Americans to vote and peddling extreme climate change denial.

Over the last three years, ALEC has penned and promoted several bills to stop the Clean Power Plan (CPP), which establishes state-by-state targets for carbon emissions reductions, and offers a flexible framework that allows states to meet those targets. The Clean Power Plan is also a major part of the U.S. commitment to reduce carbon pollution under the recent Paris international climate conference to try to mitigate the consequences of climate change.

Now that the U.S. Supreme Court has engaged in an unprecedented act of judicial activism to put the rule on hold, some states--including Kansas and Missouri--have already seen legislation introduced that would block all work on developing the state pollution reduction plans required under the Clean Power Plan. Although this legislation is not yet adopted by ALEC, it is consistent with the central agenda in many of the model bills being promoted by ALEC.

Other Elements of ALEC's Anti-Environment Agenda:

ALEC's education agenda is focused on privatizing America's public schools. Its bills undermine public education and teachers' unions and also divert taxpayer dollars from accountable public schools to unaccountable for-profit education corporations. ALEC masks its true agenda in "feel-good" language, such as shifting from terms like "vouchers," which are broadly unpopular and rooted in segregation, to "opportunity scholarships" or "tuition tax credits." ALEC bills expected to crop up in 2016 include:

In 2016, ALEC will be pushing several new initiatives designed to undermine worker rights, limit reduce wages and benefits, weaken job standards, and break unions, both on the state level and by undermining the power of local governments.

Weakening Unions. Several states have introduced ALEC's anti-union "Right-to-Work Act" in recent years, and the ALEC model has become law in Michigan, Wisconsin, and West Virginia--bringing the total number of "right to work" states to 26. ALEC's "Public Employee Freedom Act" is its right-to-work bill for public sector workers. These laws have the aim of defunding unions by encouraging workers to free-ride on union representation by allowing them to opt out of paying union dues to cover the costs of representing employees on the job.

ALEC's "Prevailing Wage Repeal Act" would repeal a state's prevailing wage requirements for construction projects and building services. Prevailing wage laws ensure that states do not undercut local wage standards and that public works contracts are awarded on quality rather than price.

State "Preemption." A key ALEC method of undermining worker rights and other progressive policies is through state "preemption" measures that override the authority of local governments to enact progressive policy initiatives.

In addition to an increase number of preemption bills, state lawmakers are also seeing historically broad, hardline bills being introduced across a wide range of issues.

For more on what is happening at the ALEC meeting in Pittsburgh this week see our article on the Spring Task Force Summit.