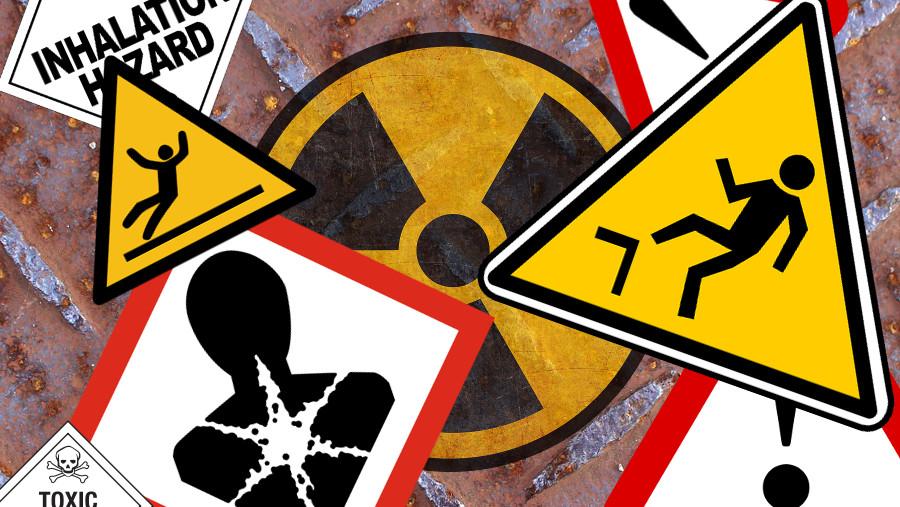 If you oversaw the Department of Defense, wouldn't you want to know that one of your biggest contractors had a history of serious safety violations? 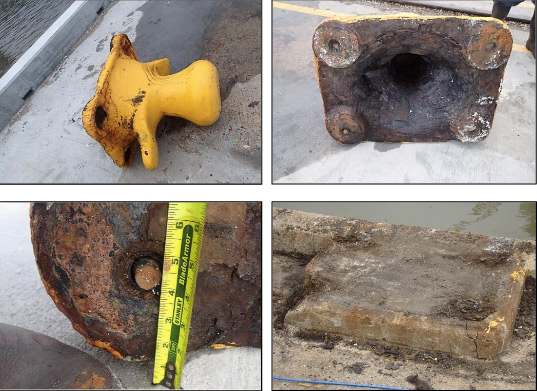 In April 2013, John R. Johnson drowned at a Mobile, Alabama shipyard owned by a subsidiary of BAE Systems when a massive cruise ship in the facility broke loose, floated across the Mobile River, and struck the pier he and another company employee were on, knocking both into the water. One person was rescued. The National Transportation Safety Board later found that corroded mooring bollards failed to hold the ship in place during high winds and that the subsidiary had been warned there was a problem with the bollards in 2010.

OSHA officials cited the subsidiary, BAE Systems Southeast Shipyard Alabama LLC, for 1 "Serious" violation and a $7,000 fine, finding that the company had exposed its employees to drowning hazards by failing to sufficiently analyze and repair mooring hardware. But that tragedy apparently was not enough to get the company to take OSHA rules seriously. In two inspections since the accident, OSHA cited the Mobile shipyard for 3 additional "Serious" violations. Nor did the worker's death lead to changes at other BAE subsidiaries' shipyards, which have also been cited for serious safety violations over the same period.

It seems obvious that BAE and its subsidiaries should have to disclose their history of violations and be held accountable before receiving additional federal contracts. But with the help of a little-known trade association, BAE Systems and other major contractors are trying to block rules that would require corporations to disclose labor law violations before profiting from taxpayer dollars.

The Fair Pay and Safe Workplaces Executive Order would require any company applying for large contracts with federal agencies to disclose its violations of federal labor laws such as the Fair Labor Standards Act, the Family and Medical Leave Act, and the Occupational Health and Safety Act over the previous three years.

"The opportunity to contract with the federal government is a privilege, not an entitlement. Taxpayer dollars should not reward corporations that break the law, and contractors who meet their responsibilities should not have to compete against those who do not," said U.S. Secretary of Labor Thomas E. Perez.

Yet the Professional Services Council (PSC), a trade association that represents the federal professional and technical services industry, has lobbied extensively against the Executive Order. A BAE Systems executive sits on PSC's board of directors.

PSC's politically well-connected former President Stan Soloway asserted in Congressional testimony that there is "no evidence of a widespread problem of pervasive, repeated or willful violations of labor laws by federal contractors."

But between 2013-2016—the period that would be reportable under the Executive Order—BAE Systems and its subsidiaries received 13 "Serious" and 8 "Other-than-Serious" OSHA citations and $103,345 in penalties.

Pattern of Violations at Shipyard Even After Drowning Death

On April 3, 2013, 64-year-old John R. Johnson and another BAE Systems Southeast Shipyard Alabama, LLC employee at its Mobile, Alabama shipyard were thrown into the Mobile River after the pier they were standing on was struck by the Carnival Triumph cruise ship, which had broken loose from its mooring.

The National Transportation Safety Board investigated the incident, and in a Marine Accident Brief issued on January 23, 2014, concluded "...that the probable cause of the breakaway of the Carnival Triumph from its moorings and the subsequent collision with the dredge Wheeler and the towing vessel Noon Wednesday was the successive failure of multiple mooring bollards, which were known by BAE Systems to be in poor condition with an undetermined mooring load capability."

Following a separate inspection, OSHA issued 1 "Serious" violation and a $7,000 fine to BAE Systems Southeast Shipyard Alabama, LLC. The company contested the citation, but the case closed in April, 2015 following a decision by an administrative law judge.

Problems continued at the shipyard even after the 2013 death.

On June 27, 2014 BAE Systems Southeast Shipyard was cited for 2 "Serious" and 1 "Other-than-Serious" violation, with a penalty of $6,100, for violating OSHA’s general duty requirement and for failing to provide protection from hazardous machines and dangerous floors.

The "general duty" requirement specifies the duty of employers to provide "employment and a place of employment which are free from recognized hazards that are causing or are likely to cause death or serious physical harm to his employees."

Not an Isolated Incident

BAE Systems Norfolk Ship Repair, a BAE subsidiary, operates a shipyard in Norfolk, Virginia, a U.S. Navy mega-port. The subsidiary company as well as BAE have garnered numerous violations over the course of three separate inspections at the Norfolk site.

In January 2013 the subsidiary was cited for 1 "Serious" violation for failing to ensure workers were properly protected from electrical current.

Then in January 2015 OSHA cited the parent company, BAE Systems, Inc., at the same location for 1 "Other-than-Serious" violation and an initial penalty of $5,000 for violating the standard for reporting to the government fatalities, hospitalizations, amputations, and losses of an eye as a result of work-related incidents.

In June 2015 OSHA again cited BAE Systems Norfolk Ship Repair for 1 "Serious" violation and issued a $5,000 penalty for failing to cordon off a walkway to protect workers while it was being used as a working surface.

Finally, in December 2014, another subsidiary, BAE Systems Southeast Shipyards Jacksonville, was fined $4,250 and cited for one "Serious" violation of the OSHA requirement that gangways be of adequate width and strength, maintained in safe repair, and safely secured.

These are the kind of repeat violations the Executive Order is designed to address.

While PSC may try to smear President Obama’s Fair Pay and Safe Workplaces Executive Order as a "blacklisting" of well-intentioned companies, the Order addresses a serious flaw in the federal contracting system.

Rather than fighting the new rules, PSC should be encouraging member companies to clean up their acts.

This series on fair pay and safe workplaces is dedicated to the memory of watchdog journalist Chris Thompson of CorpWatch, who wrote the 2014 report "Subsidizing Contractor Misconduct." If you want to encourage the White House Office of Management and Budget to take swift action to protect workers, please sign CMD's petition here.