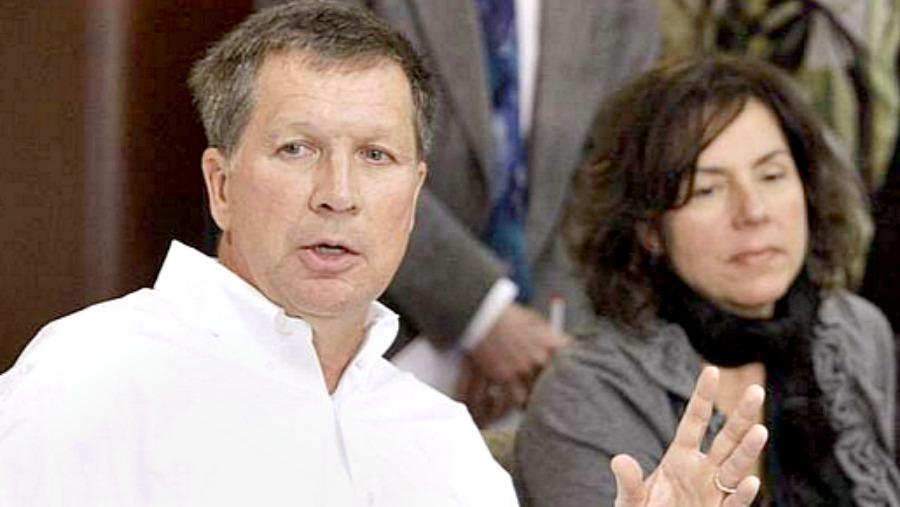 Ohio state education officials are now admitting that Ohio has almost ten times as many failing charter schools as the state initially claimed.

This revelation comes as Ohio tries to hang onto a $71 million federal charter school grant in the wake of scandals over misleading the grant application reviewers and breaking state law by altering charter school performance statistics. That was the largest grant award by the U.S. Department of Education last year.

Ohio newspapers and the Center for Media and Democracy reported last October that the Ohio Department of Education's claims about the excellence of the state's charter-school system were intentionally misleading.

In the state's July 2015 grant application, education officials reported that in the 2012-13 school year Ohio had no "poor performing" charters, even though about a third of the schools didn't meet any of the standards on state report cards and 60 percent earned D's or F's on a measure of how students perform on state tests.

The grant application also said an automatic-closure law would shut down any failing charter schools without disclosing that the law will not be in effect for several years.

Meanwhile, it turns out that then-Ohio charter school chief David Hansen, who drafted the grant application, also rigged charter school sponsor evaluations to improve their ratings. Hansen resigned July 18, two days after submitting the grant request to the feds and several days after admitting he broke the law by excluding failing grades for some charter schools in the evaluations.

Hansen's wife, Beth Hansen, is Ohio Governor John Kasich's former chief of staff and the manager of Kasich's newly surging presidential campaign. She left her government post for the campaign in the midst of the scandal as the pre-primary season was beginning. Kasich has not been asked about the charter school failures in the national debates.

In the latest news, Ohio's Department of Education now says there were actually 57 poor-performing charter schools in the state in the 2013-14 school year, not six.

Its July grant application claimed there were only six.

Conversely, the state said there were 93 "high-performing charter schools" in July and now it says there are just 59.

These performance statistics are for 290 brick-and-mortar charter schools and still do not include online charters (which Hansen omitted).

These numbers were included in a January 29 letter to the federal regulators who put a hold on Ohio's charter-school grant amid the concerns. The 20-page letter is signed by interim state superintendent Lonny J. Rivera, and was the state's third response to questions from federal regulators since the review was opened.

Part of the reason Ohio won the grant in the first place was a glowing endorsement from the National Association of Charter School Authorizers (NACSA)—an organization that had previously referred to the charter system in Ohio as "broken."

But NACSA rethought that assessment as it signed a $40,000-a-year agreement with the Ohio Department of Education to lend assistance to the state's charter school authorizers. The deal was brokered by former NACSA senior executive and lobbyist Hansen before he resigned as head of the Ohio Office of Quality School Choice.

During his time as NACSA's top lobbyist, Hansen represented the organization at meetings of the American Legislative Exchange Council (ALEC), touting "high quality" charters. That's the post he took after he left the "Buckeye Institute" and before Kasich put him in charge of charters for the state of Ohio.

Hansen previously led the Buckeye Institute, an Ohio "think tank" that is part of the controversial "State Policy Network" (SPN). SPN special interest groups amplify ALEC's lobbying agenda, which includes numerous bills to siphon money from traditional public schools to charters and for-profit enterprises. It should be no surprise that a virtual school corporation, K12, sits on ALEC's corporate board and has co-chaired its education task force where corporate lobbyists and special interest groups vote as equals with state legislators on bills, behind closed doors at posh resorts with fancy private parties. Before Hansen became Kasich's point person on charters, NACSA sent Hansen to ALEC to advance its charter school agenda there.

One of the largest such agencies in the state is the Ohio Council of Community Schools, which collects about $1.5 million in sponsor fees a year from students attending Ohio Virtual Academy and the Ohio Distance and Electronic Learning Academy (OHDLA), an online school run by a company owned by David Brennan, a big Republican campaign donor in Ohio.

Ohio has hoped to use the $71 million in federal aid to give grants of up to $700,000 to applicants seeking to open new charter schools. That's nearly a million dollar giveaway per charter to experiments, which have often failed, while traditional public schools are facing budget cuts that hurt school children and their learning environment.

But, as CMD revealed in its "Charter School Black Hole" report last October, out of the 88 Ohio charter schools created by planning and implementation grants under the Charter School Program between 2008 and 2013, at least 15 closed within a few years and another seven never opened at all. These charters received more than $4 million in federal taxpayer money.

Despite this track record and despite the false and deceptive claims the state made in its application for more federal tax dollars for charters , Ohio landed the biggest one-year grant in the 2015 competition for federal funding, $32.6 million, with more planned in the coming years.

Since 2004, Ohio has been granted more than $195 million in American tax dollars by the U.S. Department of Education under the Charter School Program for State Educational Agencies (CSP-SEA). That's part of the more than $3.7 billion CMD has documented that the federal government has spent fueling the charter school industry over the past few decades.

Just write this the way it should be written -- that Kasich is not being challenged on the charter school issue, instead of trying to hype it like there's any information in here that's not weeks or months old. We understand it's news to you people in other states, but write your story recognizing that, not like this information is just now coming out.
The piece was initiated because the Ohio education department had just released of the substantially revised "failing" and "high achieving" charter school numbers.
What is it with some of these governors? They either cheat to get Federal funds or flat out reject absolutely any Federal funds even when the state is eligible for those funds. Those funds are our Federal tax dollars and we have a right to have them come back to our state to help the people the money is intended to help. These guys need to get their head screwed on straight and do the right thing for the people, not for their own personal beliefs or their party.
It seems that only those federal dollars that do NOT go directly into the pockets of big business are refused. Thus, Medicaid money, which goes directly to doctors and pharmacies, is refused because "it helps the poor," while charter school money, which goes directly to the organizers and their sponsors, is gladly accepted. Seems that money doesn't HAVE to be used to "help the poor," but can instead be plunked directly into bank accounts of the rich and infamous.
That is why I left, because of his b.s.
I don't mind telling you, as a court reporter i reported four public hearings for the charter school commission and I heard many proposals and propaganda, packing the room and side stepping questions, and if what i saw is any indication of charter school proponents -- and i think it is -- these people are not to be trusted and OHIO is among the worst for malfeasance, theft, incompetent teachers, firing, absconding with money, every wrongdoing you can think of. And who suffers. Some of the proposers, or CEOs of schools* and some came across as con men, bogus "teachers," and cheerleaders for profits Charter schools are illegal and the break the public trust. THEY ARE CERTAINLY INCOMPETENT AND HARMFUL TO OUR ChLiDReN and ssssssstealing public money. ______________ * When you hear "CEO of schools" that's a bad sign right there.