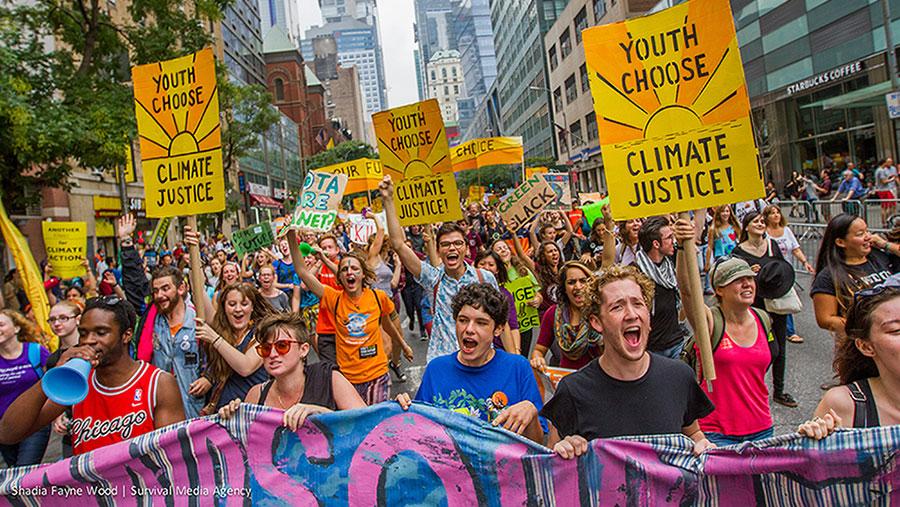 (PARIS) Funding for climate change denial is drying up. The Committee for a Constructive Tomorrow (CFACT), a US climate change denial group that espouses the "free-market," has lost more than two thirds of its funding in the past two years, according to tax filings reviewed by the Center for Media and Democracy (CMD).

In the most recently available CFACT tax filing for the 2014 financial year—filed in late 2015—the group reported receiving grant revenue of $1.5m, down from roughly $2m it had received a year earlier, but representing a massive drop off from the $5.5m in revenue it reported for 2012.

CFACT co-organized a failed climate-denial conference along with the coal-funded Heartland Institute this week in Paris, coinciding with the UN COP21 climate summit negotiations taking place on the other side of the city. As CMD reported previously, only about 30 people turned up to the event, leaving large numbers of empty seats in the modestly sized room.

Both Heartland Institute and CFACT have received funding from fossil fuel interests for many years, including significant funds from ExxonMobil. That funding has now apparently ceased.

ExxonMobil now faces the prospect of civil lawsuits and possible criminal penalties, for allegedly suppressing its internal awareness about the serious risk to the environment as well as to shareholder value, from climate change caused by the burning of fossil fuels. The New York Attorney General, Eric Schneiderman, has begun an ExxonMobil investigation, issuing the corporation with subpoenas which are still pending.

According to recent parallel investigations published by InsideClimate News and by Columbia University Graduate School of Journalism/LA Times, ExxonMobil executives were informed by their own scientists of the serious threat of climate change as far back as the nineteen seventies, with ExxonMobil using this data to inform its own long term planning. Despite this apparent knowledge, ExxonMobil provided significant funding to groups such as Heartland and CFACT which denied the science.